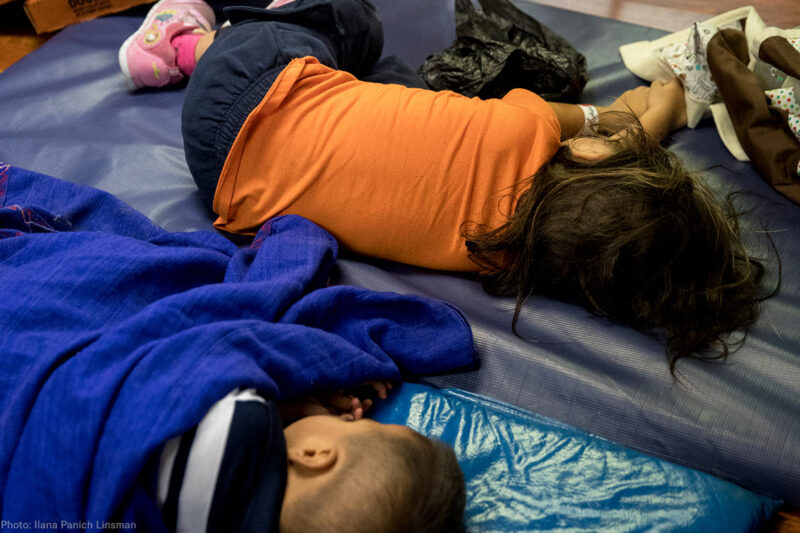 It’s been nearly one month since the federal court’s deadline for the Trump administration to reunite separated families, but hundreds of children are still waiting. In fact, as of 12:00 pm on August 16, 565 immigrant children remained in government custody.

For 366 of those children, including six who are under the age of five, reunion is made all the more complicated by the fact that the government already deported their parents — without a plan for how they would be ever be located.

Here’s what you need to know about it.

Who is looking for the parents?

At the court’s order, the government appointed agency leads for the Department of Homeland Security, Health and Human Services, the State Department, and Justice Department.

In order to aid in the effort to locate the hundreds of parents whom the government deported without their children, we’ve formed a steering committee. It’s led by the law firm of Paul, Weiss, Rifkind, Wharton & Garrison LLP, who will work with the government to locate and reunify parents who have been removed from the United States or released from ICE custody into the United States without their children. Our partners, Kids in Need of Defense (KIND), Women’s Refugee Commission (WRC),and Justice in Motion will serve as members of the Steering Committee, and will, among other tasks, facilitate communication regarding the wishes of parents and children who are still separated, and provide in-country support for locating deported parents.

Has the government provided the information that the ACLU needs?

Roughly two weeks ago, the government finally turned over a list of phone numbers for the majority of deported parents. With our steering committee, we’re focused on making contact with every deported parent advising them of their rights to be reunified.

Unfortunately, thus far, many of the phone numbers have been inoperable. The fact of the matter is that many parents may be in hiding, considering that they have all been deported to countries which they fled in the first place.

It certainly doesn’t help that the government may have had this information for more than a month before handing it over to us. We’ve heard reports from immigration attorneys on the ground that the phone number and contact information has actually been available in the children’s case files for quite some time, and certainly ahead of the July 26 deadline for all children to be reunited.

Every additional day that children wait to be with their parents is damaging — it’s simple unacceptable that the government had information that could help reunite them faster but sat on it.

Where will the families be reunited?

The government has argued that families can only be reunited in their countries of origin. This means that children who have a current asylum claim may have to forfeit theirs in order be reunited with their parents. If their parents don’t want them to lose the opportunity to seek protection in the U.S., children will have to navigate the asylum system without their parents, while bearing the weight of continued separation.

Parents who may have been misled or coerced into signing away their asylum rights will be left without redress. Already in this lawsuit, we’ve filed declarations of parents who were pressured by ICE officers to give up asylum claims, or to sign forms that they were unable to read.

What happens to the families in the U.S. who have been reunited?

In a related family separation case, M.M.M. v. Sessions, Judge Sabraw has blocked deportations of families in the U.S., while the government and legal advocates work on a joint plan.

Before this ruling, which impacts more than 1,000 families, parents were being put in the position of being forced to choose between being deported together, meaning that they would waiving their child’s right to seek asylum, or being deported without their children.

We will be back in court on Friday, August 24.