A Mother and Child Fled the Congo, Only to Be Cruelly Separated by the US Government 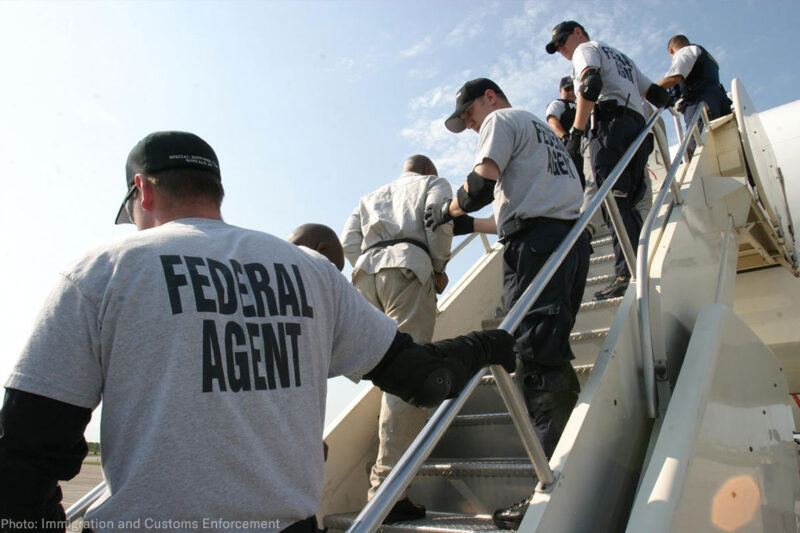 On Nov. 1, 2017, Ms. L. and her 7-year-old daughter, S.S., arrived at a United States port of entry near San Diego and presented themselves to border agents. Ms. L. had fled with her child from their home in the Democratic Republic of Congo, where Ms. L. left in fear for her life. Now, the pair was finally in the United States, seeking asylum in a country where they thought they would be safe.

Approximately four days later, Ms. L.’s young daughter was taken from her without any explanation or justification. When the officers separated them, Ms. L. could hear her daughter in the next room screaming that she did not want to be taken away from her mother. No one explained why her daughter was being taken away, where she was being taken, or when she would see her child again. More than 3 1/2 months later, Ms. L. remains at a detention center in the San Diego area, while her daughter is detained in Chicago, halfway across the country, without her mother or anyone else she knows.

In the time that they have been separated, Ms. L. has only been able to speak to her child a handful of times — always by phone, not video. In those calls, the young girl cries. She’s scared because she doesn’t know what will happen to her and her mother. Ms. L. tries to stay strong for her daughter, but, in reality, the stress and uncertainty of the situation have taken a huge toll on her as well. She struggles to eat and sleep, and she suffers from depression.

The government has no legitimate interest in separating Ms. L. from her daughter since there’s been no evidence, or even accusation, of abuse or neglect. Instead, there is overwhelming medical evidence that the separation of a young child from her parent will have a devastating, and possibly permanent, negative impact on the child’s well-being.

The American Academy of Pediatrics recently denounced the Trump administration’s practice of separating immigrant children from their parents, noting that: “The psychological distress, anxiety, and depression associated with separation from a parent would follow the children well after the immediate period of separation — even after the eventual reunification with a parent or other family.” Every day that this girl is separated from her mother causes her greater psychological harm, all of which can lead to permanent emotional trauma.

Because Ms. L. passed the initial asylum screening, which established that she had a “credible fear” of returning to the Congo, she and her child are eligible for release. But, even if there were some legitimate reason that the two couldn’t be released, Ms. L. and her daughter could be reunited in a family detention center. Instead, in flagrant disregard of the Constitution and common sense, the government has separated a young child from her mother.

It is a disgrace that a mother and child fleeing for their lives should be subjected to the trauma of separation by the very government from which they seek asylum. This cruelty must not go on any longer. Ms. L. and her daughter should be reunited at once. The Constitution and basic human decency demand it.