Muslim Ban 3.0 Is Heading to Court — Here’s What You Need to Know Right Now 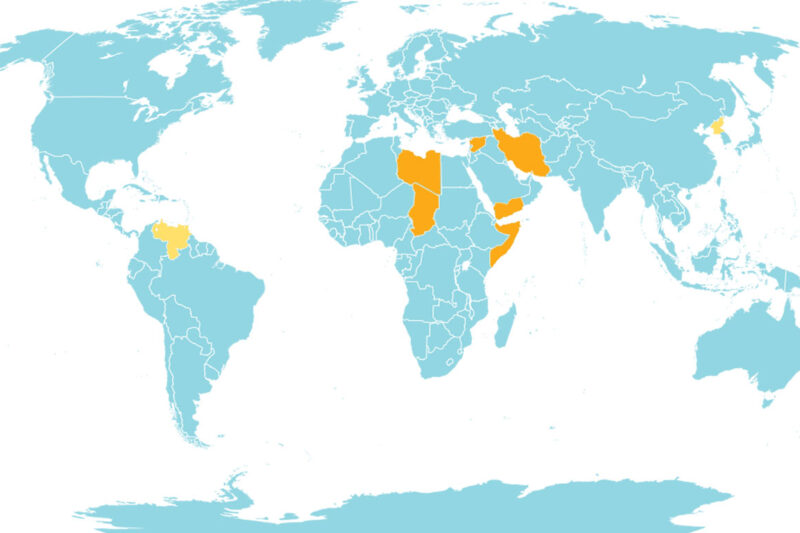 This Monday, we are back in court, fighting to block Muslim Ban 3.0 before it can go into effect on October 18, 2017. President Trump’s latest proclamation is largely the same as his first two bans, in terms of who will suffer, but worse — because it has no end date.

“The new ban indefinitely bans people from Iran, Libya, Syria, Yemen, and Somalia, five overwhelmingly Muslim countries that were also targeted by the earlier versions. The order emphasizes that countries are being banned because they have not cooperated in providing information for visa vetting. Yet Somalia remains banned even though it does live up to the government’s new visa cooperation standards.

The order adds restrictions on Chad — another Muslim-majority nation — along with North Korea and Venezuela. The inclusion of two countries that are not Muslim majority doesn’t even qualify as a fig leaf. North Korea accounted for just 61 affected visas last year — out of more than 75 million visitors to the United States.

And Venezuela as a country is not banned in any meaningful sense. Only certain Venezuelan government officials and their families are affected, and those individuals are only barred from obtaining tourist and temporary business visas. In contrast, nearly every single person from the Muslim-majority countries is barred from getting a green card, no matter what family, business, or other U.S. connections he or she has.

The total numbers underscore the scope of suffering the new ban will impose, if allowed to go into effect, and the hugely disproportionate impact it will have on Muslims. According to an analysis of the number of U.S. visas granted by category in 2016, the new ban would bar tens of thousands of individuals from Iran, Libya, Syria, Yemen, and Somalia annually from obtaining green cards.

Many of these are people coming to the U.S. to join their husbands, wives, parents, and children who are citizens or lawful permanent residents. These families would be separated indefinitely. By contrast, the impact on people from countries newly included in the ban is small: 40 immigrants from Chad can expected to be blocked, nine from North Korea, and none at all from Venezuela.”

While we fight this version of the unconstitutional ban in court, but we need the public once again to raise its voice and declare, “No Muslim Ban Ever.”