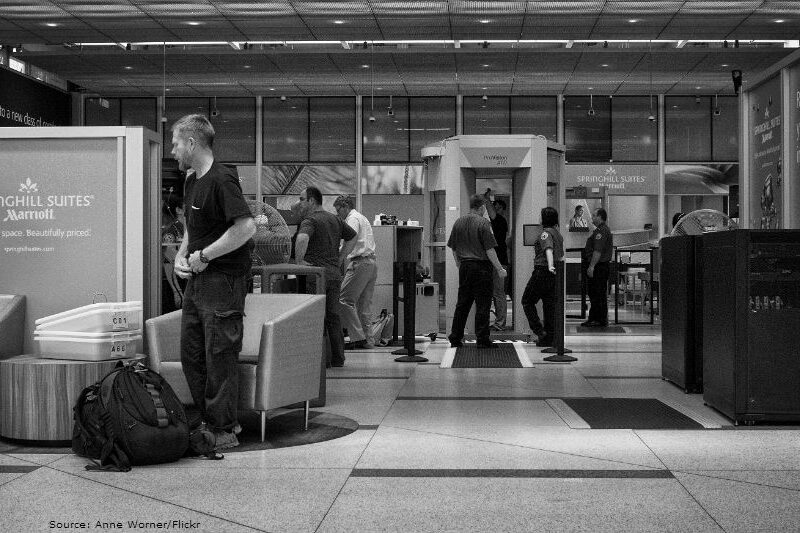 The unanimous decision on Thursday by the Ninth Circuit Court of Appeals to uphold an emergency stay on President Donald Trump’s travel ban is the strongest statement to date of a remarkable and unambiguous response by the judiciary. In their ruling, the three appellate judges, appointed by Presidents Jimmy Carter, George W. Bush, and Barack Obama, rejected Trump’s argument that his executive order on immigration and refugees was “unreviewable,” calling that assertion “contrary to the fundamental structure of our constitutional democracy.” Reminding Trump of basic constitutional law, the court declared, “it is beyond question that the federal judiciary retains the authority to adjudicate constitutional challenges to executive authority.”

The Ninth Circuit’s decision, in a case filed by the states of Washington and Minnesota on behalf of their citizens and residents, follows a string of lower court rulings across the country similarly ruling against the president. The case may now be headed to the Supreme Court.

The deficiencies of Trump’s executive order are many. It categorically bars entry to all immigrants from seven Muslim-majority countries, even those with lawful permanent residence status in the United States, and even those who have been fully “vetted” and cleared of any concerns relating to national security. It halts all refugee entries, again including those who have been fully reviewed and cleared, and creates an arbitrary exception for refugees from “minority” faiths in their country of origin. But most fundamentally, the executive order violates the Establishment Clause of the Constitution. As the Supreme Court has stated in Larson v. Valente, “The clearest command of the Establishment Clause is that one religious denomination cannot be officially preferred over another.” Yet Trump’s order singles out only Muslim-majority countries for its outright ban on entry.

Most strikingly of all, these responses were triggered by an order directed at foreign nationals, not U.S. citizens. It wasn’t our rights that were at stake, but their rights.

Trump promised repeatedly during the campaign that he would enact a “Muslim ban,” and his executive order is clearly aimed at making good on his promise. Just so that there would be no doubt about it, the day he signed the order Trump gave an interview to David Brody of Christian Broadcast News to claim — without grounding — that the U.S. has been admitting Muslim but not Christian refugees from Syria (in fact the U.S. has made no distinction based on religion and has admitted large numbers of Christian refugees; officials say there have been relatively few Christian Syrians because few have applied for resettlement here). In the interview, Trump explained that his executive order was designed to favor Christian refugees and disfavor Muslims:

David Brody: The refugee program that — or the refugee changes you’re looking to make, as it relates to persecuted Christians, do you see them as kind of a priority here?

President Trump: They’ve been horribly treated. Do you know, if you were a Christian in Syria, it was impossible, very, very — at least very, very tough to get into the United States? If you were a Muslim, you could come in, but if you were a Christian, it was almost impossible. And the reason that was so unfair is that the — everybody was persecuted, in all fairness, but they were chopping off the heads of everybody, but more so the Christians. And I thought it was very, very unfair. So, we are going to help them.

That’s a smoking gun — an admission of a purpose that violates the first principle of the Establishment Clause.

It has also emerged that the executive order was not reviewed by senior officials at the Justice Department or the Department of Homeland Security. Its rollout led to chaos across the country, as Customs and Border Patrol officials enforced it inconsistently and erratically, not surprisingly given the absence of any preparation. It seemed designed more to send an anti-Muslim image to the president’s base than to enforce our immigration laws in any coherent fashion.

From the moment it was signed, the legal response to the travel ban has been swift and strong. Within a day, on January 28, the ACLU — working with the National Immigration Law Center, a Yale Law School clinic, and the International Refugee Assistance Project — had obtained the first court order, from a federal judge in Brooklyn, barring the administration from removing anyone under the order. The judge reasoned that the legal challenge raised serious constitutional and statutory questions and that the status quo should be maintained, and enforcement barred, pending full adjudication of its legality. Since then, more than 20 lawsuits have been filed against the order, and with a single exception, every court to consider the matter thus far has ruled against the order in one fashion or another.

The lone exception is a judge in Massachusetts who declined to extend a temporary injunction in Boston issued by another federal judge there, finding that the administration’s decision not to apply the ban to lawful permanent residents rendered the case moot as to several plaintiffs, and that the remaining plaintiffs lacked standing to bring the Establishment Clause because they were foreign nationals outside the United States. That ruling, however, had little effect because other court rulings against the order blocked its enforcement.

On Monday, January 30, acting U.S. Attorney General Sally Yates instructed Justice Department lawyers not to defend the ban, noting that “the order has now been challenged in a number of jurisdictions” and that she was not convinced that the order was “lawful.” The president responded by firing her immediately.

Then, on February 3, exactly one week after the order was signed, came the most far-reaching ruling to date: Judge James Robart, a federal judge in Seattle appointed by George W. Bush, issued a temporary restraining order “on a nationwide basis” prohibiting federal employees from enforcing the ban. Judge Robart found that the president’s order was causing “immediate and irreparable injury” and that the “harms are significant and ongoing.” The State Department responded by reinstating tens of thousands of visas it had revoked one week earlier. President Trump responded by calling Judge Robart a “so-called judge” in a tweet, a comment that is not likely to endear him with the judicial branch.

It was Judge Robart’s decision that the Ninth Circuit unanimously declined to overturn. The court of appeals found that the executive order raised constitutional questions under the Equal Protection, Establishment, and Due Process Clauses, and that those subject to it would suffer irreparable injury if the order was enforced. The Trump administration may ask the Supreme Court to review the temporary injunction on an emergency basis, as it unsuccessfully asked the Ninth Circuit to do. In the Supreme Court, however, it would need five votes from the eight-member court to overturn the ban, an unlikely prospect. And the court may prefer to await further briefing and development in the lower court, as the current injunction is only temporary.

The significance of this growing series of judicial rulings against the executive order can only be fully appreciated when one understands the wide range of opposition that the president’s action has engendered. The lawsuit filed by Washington and Minnesota was supported by the states of Pennsylvania, Massachusetts, New York, California, Connecticut, Delaware, Illinois, Iowa, Maine, Maryland, New Hampshire, New Mexico, North Carolina, Oregon, Rhode Island, Vermont, Virginia, and District of Columbia, as well as some 130 Silicon Valley tech companies, among them several of the largest companies in the world — Google, Apple, Microsoft, Facebook, and Uber.

The order has drawn strong criticism from Nobel laureates, the country’s leading scientific organizations, as well as dozens of presidents of top American universities. It even saw Gen. Michael Hayden, former head of the CIA and the NSA under George W. Bush, aligned with the American Civil Liberties Union, where I am legal director. The day after the executive order issued, Hayden tweeted, “Imagine that. ACLU and I in the same corner.” This is the man who defended the CIA’s torture and the NSA’s warrantless wiretapping. The tweet generated over five thousand likes.

Hayden ultimately signed a declaration in the Washington case attacking the president’s executive order as undermining national security — a declaration joined by former secretaries of state John Kerry and Madeline Albright and former CIA directors and deputy directors Leon Panetta, Michael Morell, and John McLaughlin. Among other things, they argued that the order plays directly into ISIS’s hands by reinforcing the narrative that the U.S. is at war with Islam, while it does nothing to single out those who actually pose a threat to the national security. Indeed, as the Ninth Circuit noted, not a single alien from any of the seven countries named in Trump’s order has perpetrated a terrorist attack against the United States.

Even the most aggressive advocates of executive power have denounced the ban. Former Vice President Dick Cheney said it goes “against everything we stand for,” and John Yoo, the author of the notorious torture memo, who has never before seen a Republican presidential action he could not defend, deemed it “executive power run amok.”

The day after it was issued, the news of Trump’s executive order prompted tens of thousands of Americans to head to airports across the country in protest. Airports are the last place most of us go unless we absolutely have to. They are soul-crushing places. Yet Americans in droves traveled willingly to airports to stand up against Donald Trump and for immigrants and refugees.

Most strikingly of all, these responses were triggered by an order directed at foreign nationals, not U.S. citizens. It wasn’t our rights that were at stake, but their rights. In targeting foreigners and citing national security, Trump followed a tried and true path: He claimed to be protecting Americans by sacrificing the rights of others. This is what happened in the Palmer Raids of 1919-1920, for example, prompted by a series of terrorist bombings. The raids were aimed entirely at foreign nationals. As Louis Post, an immigration official who valiantly opposed the raids, wrote, “the delirium caused by the bombings turned in the direction of a deportation crusade with the spontaneity of water seeking out the course of least resistance.”

Trump no doubt thought the travel ban would also be “the course of least resistance” — though, unlike 9/11 or the Palmer Raids, there has not been an attack or even a specific threat from any of the seven countries in question. How wrong he was. The resistance to his action has been immediate, spontaneous, and widespread. If this is what measures aimed at foreigners trigger, imagine what will happen if and when he issues an executive order that infringes on any Americans’ rights. The reaction to the executive order may be a sign that Americans have come to realize that we are a nation of immigrants. More likely, it reflects the depth and breadth of concern about Trump’s proclivity to abuse the office — and our rights — generally.

Given the executive order’s direct violation of the Constitution, it may seem unsurprising that so many courts have weighed in against it. As the president’s lawyers keep arguing, the courts have long given the executive great leeway when it comes to regulating our borders. Not this time. That has something to do with Trump’s brazen attempt to favor one religion over another, in direct defiance of bedrock American legal principles. But it has as much to do with the sweeping condemnation that the order has occasioned — from national security officials, diplomats, university presidents, business leaders, and the people themselves. The true significance of the response lies in what it shows about how much we can do when we act together in defense of our values.