President Trump’s Executive Order Would Unlawfully Keep Out 60,000 Refugees Who Would Have Resettled in the US This Year. We’re Fighting It. 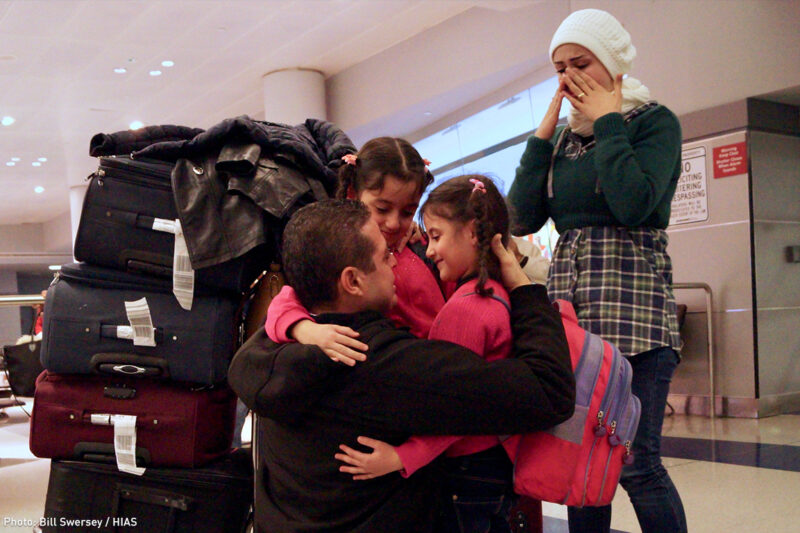 When Eden* gave birth to her first child, she was hoping to have her mother by her side. Instead, her mother was stuck, thousands of miles away, in Ethiopia. After extensive vetting, Eden’s mother — fleeing persecution in Eritrea — had been approved to resettle in the United States. Her ticket was booked to fly to New England to join Eden in February. But in the chaos after President Trump’s January 27 executive order, her travel was canceled.

As part of Trump’s Muslim ban order, he directed the government to stop all refugee entries for four months, indefinitely bar Syrian refugees, and cut the number of refugees the U.S. would accept this fiscal year from 110,000 to 50,000. Legal challenges have suspended many parts of the Muslim ban, but our doors remain closed to some 60,000 vulnerable people seeking safety in this country.

On Wednesday, our lawyers at the ACLU and the National Immigration Law Center asked a federal court for an injunction to stop the government from unlawfully cutting the number of refugees arriving in the U.S. this year.

At the time President Trump signed the order, thousands of refugees, like Eden’s mother, had already been approved to enter the United States. Some were selling their belongings, quitting their jobs, and giving up their apartments in preparation for flights. Others were waiting only for flights to be booked. For many, the delay in travel will mean medical and security checks will expire, and they must start the approvals process again. Some will just give up.

These are people who survived war and other violence and fled for their lives. Many are victims of torture or have injuries and health problems that would be treatable in the United States. Others lack access to safe housing or schools for their children. They waited years for the U.S. to accept them as refugees because resettlement was their best chance to build a new, safe life.

This order also impacts their family and friends already in the U.S. Eden is a legal permanent resident who hopes to soon become a U.S. citizen. Every day that her aging mother is not by her side is painful. Every day, she worries about her mother, whose health is precarious, fending for herself far away among strangers.

Sunam,* a lawful U.S. permanent resident originally from Nepal, worries too. She had applied for her brother, who has spent his entire life in a refugee camp in Eastern Nepal, to join her in the U.S. He was fully approved to enter the United States as a refugee and was supposed to travel in June of 2016, but his travel was delayed for medical reasons, and now it has not been rescheduled. Basic rations are no longer being delivered to the refugee camp, and Sunam worries he is going hungry.

Magan,* an elderly refugee from Somalia who has been in the United States for more than a year, is anxiously waiting for his daughter and her children, who are also refugees, to join him. He is so afraid that this order will prevent his family from finally reaching safety in the U.S. that he has not been able to sleep since learning of it. Magan lost his first wife to the conflict in Somalia. He thought the worst of his suffering was behind him, but after his daughter’s flight to the U.S. was cancelled because of the executive order, he now worries that he will die without seeing her again.

Tragically, the victims of this executive order are people who have already suffered immensely and who want nothing but to be reunited with their loved ones and to live in safety and freedom — just as any one of us would.

As a Jewish organization that has worked for the protection of refugees since 1881, HIAS finds inspiration in the Torah’s command to welcome the stranger. Especially given the American Jewish community’s deep roots in the refugee experience, we cannot turn away from our country’s promise to welcome these particular strangers.

With help from the lawyers at the ACLU, IRAP, and our co-plaintiffs, we are turning to the courts to protect our tradition of welcome. Stay tuned.

*Names have been changed to protect the privacy of our clients.