As a Soldier I Defended Our Rights, Now Who Will Defend Mine? 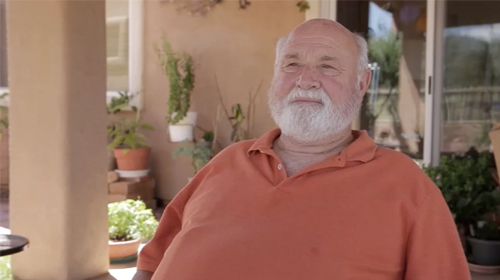 For a year now, I’ve been asking how a 75-year-old Vietnam Vet and retired prison guard like me could wind up in the hospital after being brutally mistreated by US Customs and Border Protection (CBP) officers.

I live in a quiet retirement community, Kino Springs, just a few miles from the Arizona border with Mexico. Since I moved here about eight years ago, I’ve been going back and forth across the border to Nogales, Mexico, to get haircuts or dental work, or sometimes just for lunch. Last March 27, I went over to get some welding done. It was on my return trip, around five o’clock in the afternoon, that the nightmare happened. 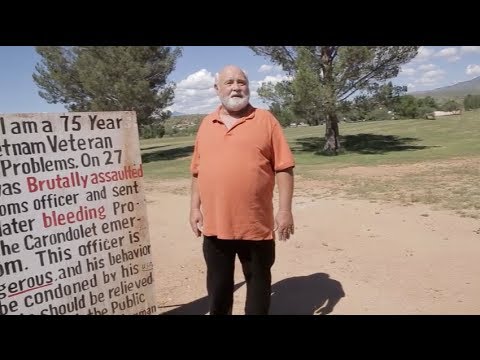 When I got to the border crossing where customs officers checked my passport, I was told to pull over into what’s called secondary – a parking area where they search vehicles for contraband. The agent there took my keys and in a gruff voice ordered me to get out of my truck, put my hands on the vehicle, and said he was going to search me. I did exactly as he said, then turned and asked him, in a calm and polite voice, whether he needed some kind of probable cause to search me. He answered “No I don’t!” Then he grabbed me in an arm lock, slammed a pair of handcuffs down on my wrists hard enough to split the skin, and pushed my wrists up behind my neck so far that my shoulders started to go out of joint. It hurt so badly I started screaming “Please stop, please stop, you’re hurting me.” I wasn’t resisting at all, but he just kept on while I cried out in pain.

Next the officer marched me to a holding cell. There he picked me up by the seat of my pants and slammed my head onto the tile floor. I blacked out for a moment, then I woke up with a head wound that had peeled a chunk of skin off the top of my head. I was still bleeding when an officer handcuffed me to the side of a bench so tightly that I couldn’t even stand up. And they kept on questioning me, “Why do you come here so often? What are you doing over there?”

I was scared and in pain. When my chest started hurting, I thought I was having a heart attack. I pleaded with the officers to call an ambulance. They finally said they would, but only if I agreed to pay the hospital bill, which I did. The emergency room doctor was so incensed at what happened to me that he called the Nogales city police. The police officer who came to the hospital dutifully took a report and photos of my injuries but told me he had “no authority” down at the border.

I never thought an innocent person, an American citizen, would be beaten up by law enforcement officers, and for no reason. When I asked the officer at the border what cause he had to search me, I didn’t know what the rules were. Since then I’ve been shocked to learn that some of our constitutional protections don’t apply in the same way at the border. CBP officers can search you at a border crossing without any suspicion of wrongdoing and without your consent. And if you live within 25 miles of the border, they can come onto your property without your permission.

I am still angry at the complete lack of response from CBP to the many attempts I made to file a complaint about my mistreatment. I wanted to sue; but without witnesses, I felt I had no chance of winning. I tried under the Freedom of Information Act to get copies of footage from the border station’s video cameras, but none of that evidence has ever been given to me, even after Senator John McCain (R-Ariz.) wrote on my behalf. Aren’t government agencies supposed to be transparent and accountable to the public?

I finally got so frustrated that I made a huge sign describing what happened to me. I mounted it on the back of my truck, and for months I drove back and forth across the border for everyone to see. I felt it was the only way to stand up for my rights and to let the public know about the mistreatment that happens too often at the border.

A year after the incident, my injuries still keep me awake at night. My wrists and hands constantly ache. I get headaches I didn’t used to have, and I’m often awakened by nightmares about what happened.

I served 22 years in the army. I fought for my country in Vietnam, got medals for valor, and worked as a prison guard in Washington State. I’ve always felt that the United States was a fair and democratic country. But today I’m sad to realize that our constitutional rights can’t be taken for granted. I’m telling my story because I believe that law enforcement officers who carry out such extreme abuses of power and authority should be held accountable.