Taking Candy from a Border Agent 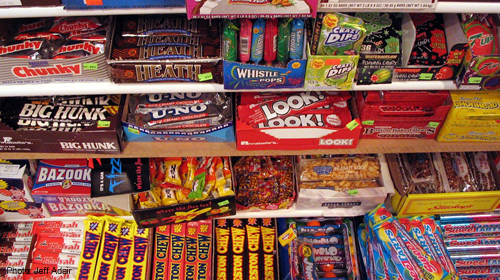 Is it harder to take candy from a baby or a border agent?

That question may be impossible to answer definitively, but according to multiple whistleblowers, Department of Homeland Security (DHS) employees have quite the sweet tooth: they’ve abused the agency’s overtime system so habitually that many have come to refer to it as the “candy bowl.”

Today a House subcommittee will hold a hearing to investigate DHS stewardship of taxpayer dollars. The cost to taxpayers of DHS’s “candy bowl” practice is approximately $8.7 million per year for just six offices alone, according to a federal report that calls the allegations part of a “persistent pattern.” Members of Congress from both sides of the aisle have since demanded an investigation into the report’s findings and a solution to the longstanding problem.

Four of the report’s six whistleblowers come from Customs and Border Protection (CBP)— a fact that should come as no surprise to those familiar with CBP’s dismal track record when it comes to preventing employee misconduct and managing taxpayer dollars. Employees in the Washington headquarters of CBP, for example, routinely claimed two hours of overtime every day, which was usually spent relaxing, watching TV, surfing the internet, or taking care of personal matters. Try doing that at your job and see what happens.

This isn’t the first time that CBP has been at the center of overtime abuse allegations. Last year, it was reported that CBP paid $1.4 billion in overtime to Border Patrol agents over the previous six-year period, despite the fact that apprehensions along the border were at a 40-year low, raising questions about just what all that overtime was being used for. In fact, whistleblowers revealed that many agents were simply bored, some even sleeping on duty, as overtime expenses climbed. With this new set of revelations, it appears that nothing has changed.

The agency’s demonstrated culture of impunity is a problem that goes far beyond overtime abuses. Since 2010, at least 19 people have died as the result of alleged excessive use of force by CBP officials. The victims include minors, U.S. citizens, and individuals killed while in Mexico, or even in custody. At the demand of Congress, CBP asked the Police Executive Research Forum (PERF) to conduct an independent review of the agency’s use of force policies. But when it didn’t like all of PERF’s recommendations, CBP rejected them—specifically, it refused to abide by the recommendations to stop using deadly force against rock throwers and vehicles. And rather than make the results of PERF’s review public, CBP instead issued a short release with a list of limited recommendations—clearly signaling the agency’s unwillingness to shine a light on its own actions.

This accountability vacuum is particularly disturbing given that CBP’s use of force policy really could mean the difference between life and death. In fact, eight of the people killed by CBP in recent years were accused of merely throwing rocks. ACLU has called for an overhaul of the agency’s use of force policy, including a requirement that officials be equipped with body-worn cameras in order to capture interactions with the public.

One need look no further than the DHS budget to understand that oversight and accountability have not been high on the Department’s list of priorities over the last decade: unprecedented funds have been spent on unnecessary border enforcement measures, such as doubling the number of Border Patrol agents from 10,819 to 21,394, while funding for oversight bodies like the DHS Office of Inspector General (OIG) and Office for Civil Rights and Civil Liberties (CRCL) continually lags far behind. As CBP’s budget has nearly doubled from FY 2004 to FY 2012, OIG’s budget increased by only 75 percent, and CRCL’s by just 73 percent during the same period – and these increases took place from a low baseline.

The combined budgets of OIG and CRCL remain just a drop in the bucket, accounting for well under 1 percent of the total DHS budget in FY 2012. Those offices are increasingly unable to keep up with the volume of complaints against the massive and quickly-expanding CBP, which commands about 22% of DHS’s spending power. No wonder then that DHS has a history of failing to investigate and respond to complaints appropriately. In March 2012, OIG had 2,361 open cases (and that number has not dipped below 2,000 since 2009). In response to this daunting backlog, OIG transfers cases of employee misconduct back to CBP for investigation, a practice that raises serious conflict of interest concerns.

DHS should demonstrate its commitment to careful oversight of taxpayer dollars by devoting adequate resources towards that goal. And until CBP has solved its oversight problem, Congress should stop appropriating funds that only feed the agency’s culture of impunity and add to an already mismanaged “candy bowl.”