The Trump Administration is Waging a War on People Fleeing Persecution. We Can’t Let Them Win. 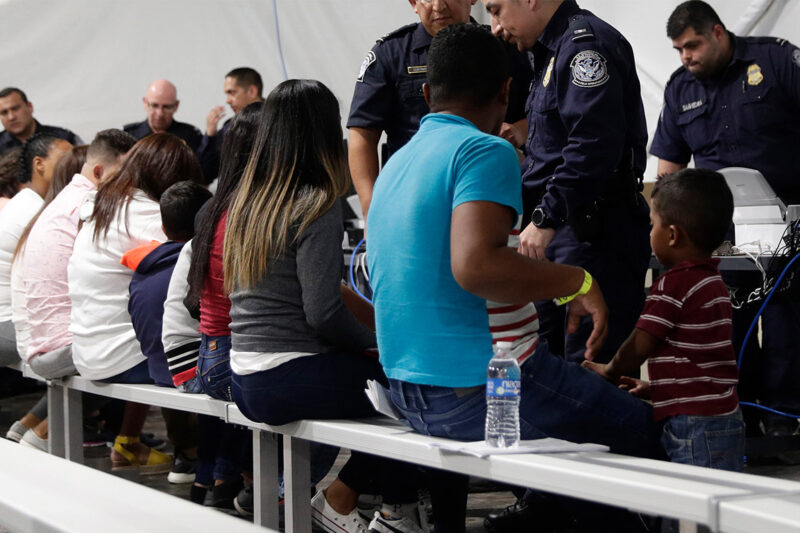 In June 1939, a passenger ship named the St. Louis approached the coast of Florida, planning to dock in Miami. The boat was packed with nearly a thousand refugees fleeing Nazi persecution in Europe. Most were Jewish, and they thought they’d find a safe haven in the United States.

They were wrong. President Franklin Roosevelt denied their pleas for help, and the U.S. Coast Guard prevented the St. Louis from reaching our shores. By the end of World War 2, nearly a third of the people on board had been killed by the Nazis.

As Europe emerged from the inferno of war and the Holocaust, nations across the world resolved that people fleeing violence and persecution, like those on the St. Louis, would no longer be met with indifference by other nations. In 1951, the Refugee Convention was signed, and by 1980 Congress enshrined the principle of asylum for refugees in domestic immigration law. Under both Republican and Democratic administrations, America has been a leader in providing humanitarian protections to people fleeing persecution, torture, and genocide.

For decades, these protections have been the law of the land in the U.S. We have sheltered people from across the globe, enriching our communities and proudly standing as a beacon of hope in the process.

Today, the U.S. government under President Donald Trump is doing everything it can to destroy those protections. And although the ACLU and our partners have managed to block some of their efforts, the administration is currently being allowed to implement key aspects of its ruthless agenda on the ground.

In the past few months, nearly 50,000 vulnerable asylum-seekers have been placed into a cruel program that forcibly returns them to Mexico before their applications are even processed by U.S. immigration authorities. The program was designed for one purpose: to make it so difficult and dangerous to apply for asylum that people will simply give up and return to the persecution they fled. Cartels and criminals in the border cities where asylum-seekers are stuck have learned they are easy prey for extortion, kidnapping, and sexual assault.

And that’s not all. Another new policy bans virtually all asylum-seekers from receiving asylum if they arrived at the border after transiting through a ‘third-country.’ This regulation is especially vicious, given the dangerous overland journeys many asylum-seekers make, and the inability of most to arrive directly in the U.S. from their home country without passing through another one first.

The stories emerging from the border right now due to these policies are horrifying. Border Patrol agents giving pregnant women medication to stop their contractions so they can be dumped in Mexico without shelter. Children kidnapped after being placed into the program, with their assailants threatening to kill them and sell their organs. Vulnerable young women raped and assaulted in cities where they don’t know anyone and can’t rely on the authorities for protection. Entire families stuck in squalid tent camps just a stone’s throw from safety in the U.S.

What we know of the dangers these people are facing on our doorstep is just the tip of the iceberg. Because advocates, journalists, and lawyers have limited access to them, most of their suffering is unheard and unseen by people in the U.S. After harrowing journeys fleeing gang violence, political persecution, domestic abuse, and ethnic targeting, they’ve found only indifference at our hands.

The Trump Administration can’t be allowed to unilaterally strip people of humanitarian protections created by Congress. A majority of the judges who have considered our challenge to the forced return to Mexico program have found it has serious legal flaws, but the government has been permitted to implement it during the initial stage of litigation anyway. It has thus become part of a virtual border wall being built by Trump as he builds his physical one. And no degree of cruelty goes too far for its architects.

They want you to believe that the asylum system was broken before they took office, and that these policies were created to stop people from “gaming the system.” In fact, the opposite is true: the administration’s policies are causing chaos and making the system unworkable for people who need – and are legally entitled to – our protection. In 2017, for example, it ended a program that had assisted asylum-seekers in attending 99% of check-ins and court dates while claiming that it needs to radically expand the immigration detention system because asylum-seekers don’t show up for hearings. Government asylum officers themselves call Trump’s new asylum policies a “supervillain plan” and immigration judges have described the newly created “tent courts” as something that might exist in “China or Russia.”

The president and his appointees are the ones breaking the asylum system, and they are hoping that you won’t notice or be outraged. They want the people pleading for help at our border to stay out of sight and out of mind, and for you to assume they’re someone else’s problem. We can’t let that happen.

We’re in court tomorrow challenging two of Trump’s most ruthless anti-asylum policies. The stakes could not be higher. If these policies are allowed to stand, tens of thousands of people will remain in danger, with few options other than to return back to the persecution they’re trying to escape. Make no mistake, that’s exactly what this administration wants.

There is no way to sugar-coat the reality of what’s happening at the border. Our government is waging a war on asylum-seekers, and it’s counting on the American public to stay silent and not pay attention. We’re doing what we can in the courts and in Congress, but we need you to get informed, get angry, and generate public pressure on our elected officials – as well as all the presidential candidates – to demand an immediate reversal of these policies.

We need your help, and so do the vulnerable families in danger at our doorstep within arms reach of the safety they deserve. It’s time for us to look at ourselves in the mirror and decide who we want to be. Are we going to protect those families and welcome them onto our shores, or will we be like those who turned the St. Louis away and condemned hundreds of its passengers to death?