Trump Is Undermining the 2020 Census. Marginalized Communities Will Bear the Brunt. 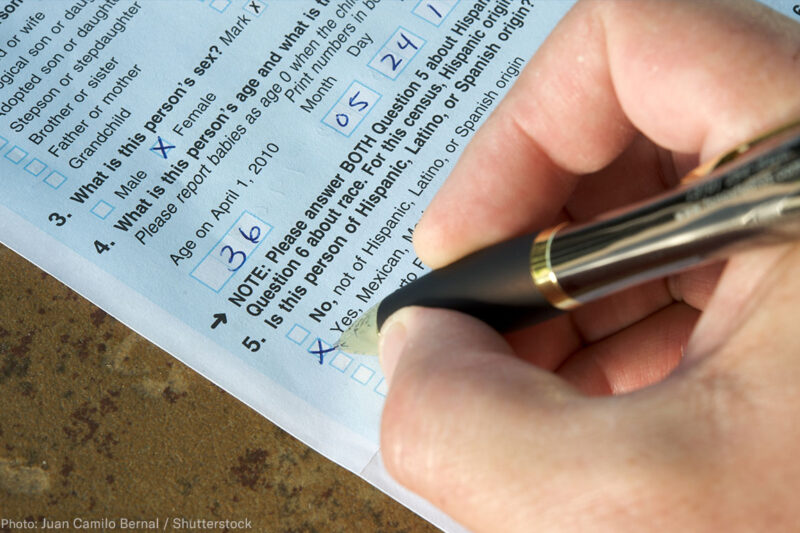 The United States census is constitutionally required to happen every 10 years, making 2020 the next year that this massive population and housing count will take place. Its importance is enormous. The results of the census will determine how more than $675 billion in public funds are allocated and spent, the number of seats allotted for each state in the U.S. House of Representatives, and how congressional and legislative districts are drawn.

Making sure that the census is accurate, accessible, and impartial should be the government’s top priority. Unfortunately, the Trump administration seems intent on undermining such a goal in the run-up to the census in 2020.

Last month, for example, the Justice Department requested that the 2020 census add a question on citizenship. As of now, the census does not ask about legal status, upholding its purpose to “count every person living” in the U.S. Adding such a question could deter many people from taking the survey if they fear that answering would expose themselves or a loved one to arrest or deportation.

Immigrants are already less likely to respond to surveys. But, with the Trump administration preying upon immigrant communities and stoking a xenophobic political climate, experts are worried that even fewer will participate in 2020.

Undercounting communities with large immigrant populations could mean weakened political representation, and the loss of millions of dollars in aid in areas like health, education, and infrastructure.

Other groups won’t be counted at all. Back in March, the census appeared to reverse itself on whether to ask questions about sexual orientation and gender identity. The category was included in a proposed list of topics for the 2020 survey, but it was dropped after the administration said it had been “inadvertently listed” in a draft proposal. Advocates have called for the category to be included as the census has a key role in determining how funding is directed on matters like health care and housing, where the LGBT community has faced discrimination.

Together, these incidents could jeopardize the fairness and accuracy of the census, leading to fewer public funds and less political representation for already vulnerable communities. The next census won’t be until 2030. We’d better get this one right.