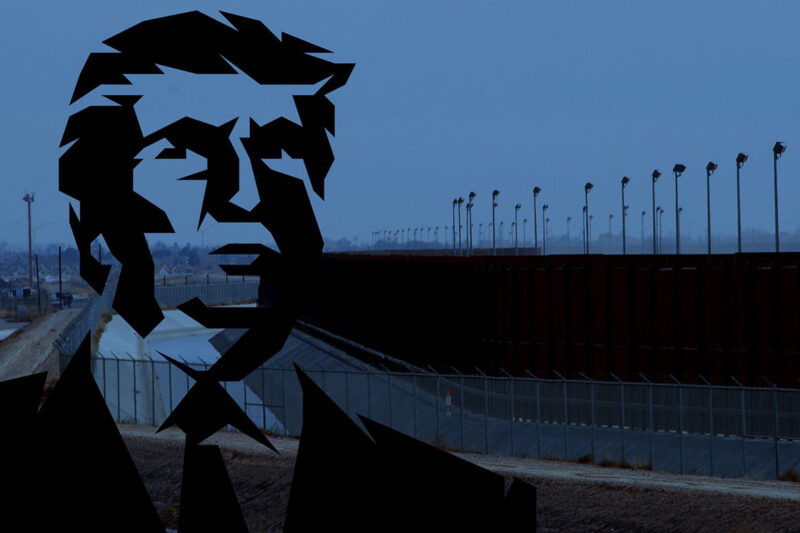 President Trump today signed executive orders directing the federal government to fund construction of a wall along the United States’ border with Mexico and to freeze funding to sanctuary cities.

These orders send a clear and disappointing signal that the Trump Administration will seek to enact unlawful, draconian immigration policies. The ACLU will continue to fight these efforts every step of the way.

The expansion in the size and power of border security forces will only serve to further erode the rights of tens of millions of people who call those border communities their home. This is not rational national security policy. President Trump’s fantasy of sealing the border with a wall is based fundamentally on racial and ethnic bias.

This is a piece of dangerous political theater that will undermine civil liberties and turn border communities into military zones where heavily armed, poorly trained, and unaccountable agents will wield dangerous influence and authority. The president’s order to accelerate deportation of undocumented immigrants includes a prioritization of individuals with “chargeable criminal offenses,” meaning that even lawful longtime permanent residents who have been alleged by ICE to have committed a minor misdemeanor could be prioritized for deportation depending on how the Secretary of Homeland Security chooses to interpret the statute.

The Department of Homeland Security deportation force has a clear track record of racial profiling and using excessive force in abusing detainees. Just as we’ve always done, we will take these matters to court if and when the president’s policies lead to mass violations of civil liberties and the further erosion of the rights of millions of people.

Across the country, cities and states have made their own decisions on how to best ensure public safety in their communities. This includes “sanctuary cities” that decline to spend local resources on draconian and counterproductive immigration enforcement efforts, offering city services without respect to immigration status or English-language ability, protecting the confidential records of undocumented immigrants, or refusing to detain immigrants on behalf of ICE.

This is not rational national security policy. President Trump’s fantasy of sealing the border with a wall is based fundamentally on racial and ethnic bias.

President Trump does not have the legal authority to unilaterally defund cities and states that protect people’s rights and stay clear of the deportation business. While he may be counting on cities to buckle under the pressure of his bully pulpit, cities and local law enforcement officials have already begun preparing to defend their lawful policies.

We will support cities and states in suing the federal government should they attempt to enforce President Trump’s executive order. Any attempt from the federal government to commandeer state and local governments into carrying out federal policies will violate the 10th Amendment, and attempts to coerce local entities into action by withholding funds violates the Spending Clause of the U.S. Constitution.

The law is clear on this, and President Trump is out of line.

Sanctuary cities represent the best this country has to offer: a spirit of inclusiveness and respect for individual rights. These are the principles that we will continue to fight for against all who try to root it out.