Trump’s Lawyers Say the Muslim Ban Has No Bias, But His Tweets Show Otherwise 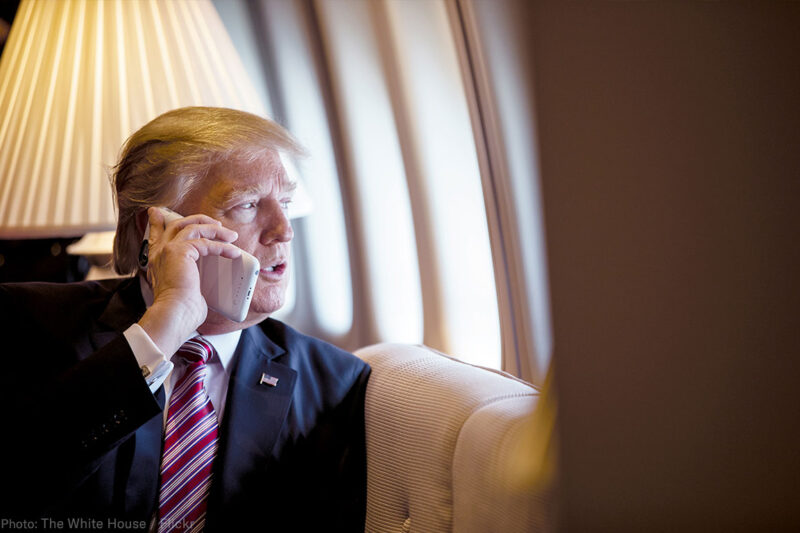 Yesterday morning, President Trump shared three videos on Twitter that purport to show Muslims committing graphic acts of violence. He retweeted all three from the account of Jayda Fransen, deputy leader of the ultranationalist party Britain First, who was convicted of religious aggravated harassment in November 2016 after abusing a woman wearing a hijab. The president’s move prompted public outcry and a rebuke from Prime Minister Theresa May, whose spokesman underlined that Britain First is a source of “hateful narratives which peddle lies and stoke tensions.”

We should all be outraged that the president of the United States is promoting and endorsing videos that are plainly designed to fan the flames of anti-Muslim hatred. The decision to do that is reckless, dangerous, and contrary to fundamental American values that protect all of us from religious discrimination. It is not, however, surprising.

Trump’s prejudice against Muslims reveals itself at every turn — because he is the one revealing it. He showed his bias with Wednesday’s tweets, with pronouncements like “Islam hates us,” and with every version of the Muslim ban, the latest of which the ACLU and partners will challenge in the Fourth Circuit Court of Appeals on Dec. 8.

Not surprisingly, courts have repeatedly recognized that the president’s Muslim bans are inextricably tied to the president’s flagrant prejudice and his repeated promises to ban Muslims from coming to the United States. When the Fourth Circuit struck down the second version of the Muslim ban, Judge James Wynn found, “laid bare, this Executive Order is no more than what the president promised before and after his election: naked invidious discrimination against Muslims.” Judge Wynn continued “that even when the president invokes national security as a justification for a policy that encroaches on fundamental rights, our courts must not turn a blind eye to statements by the president and his advisors bearing on the policy’s purpose and constitutionality.”

Trump’s prejudice against Muslims reveals itself at every turn — because he is the one revealing it.

The federal government, however, has argued that the third version of the Muslim ban should be considered in a vacuum — divorced from its history, context, and previous court rulings, in large part because certain agencies carried out a review and recommendation process before the president issued it. But that process does not wipe away history, as the Maryland district court found when it blocked the third version as “the inextricable re-animation of the twice-enjoined Muslim ban.”

Yesterday’s tweets can be added to Trump’s long list of anti-Muslim statements and actions, including:

And yesterday, he amplified Fransen, whose videos are enthusiastically titled: “Islamist mob pushes teenage boy off roof and beats him to death!”; “Muslim Destroys a Statue of Virgin Mary!”; and “Muslim migrant beats up Dutch boy on crutches!”

Following international condemnation from allies, fact-checking from the Netherlands Embassy, and praise from David Duke, his administration doubled down. Press Secretary Sarah Sanders said, “whether it is a real video, the threat is real.”

As has been clear for quite some time, Donald Trump is targeting Muslims. And despite his lawyers’ attempts to recast the Muslim ban, he simply cannot stop revealing it for what it is — an unconstitutional attempt to turn his bigotry into law. Next week, the president’s lawyers will again be in court arguing that the Muslim ban has nothing to do with banning Muslims. It’s too bad for them that the president keeps revealing the opposite.