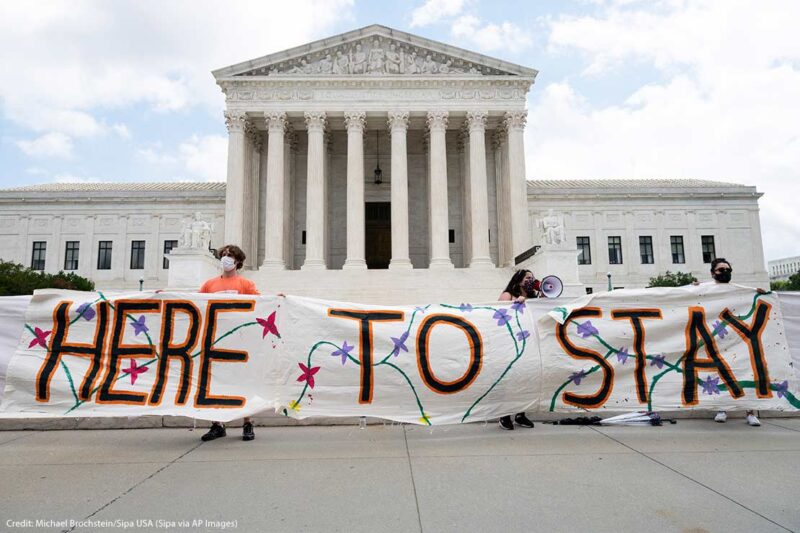 Our fight for permanent protections for Dreamers and a humane immigration system continues.

After a rebuke from the Supreme Court, President Trump is again trying to end the Deferred Action for Childhood Arrivals (DACA) program — a program that protects over 700,000 people from deportation and allows them to work and attend school in the United States, their home. The White House is replacing the full DACA program with a skeleton program that will accept no new applicants and renew protection for only one year, instead of two.

I served in the Obama administration at U.S. Citizenship and Immigration Services, the government agency responsible for creating and launching DACA. It was the result of over a decade of brave advocacy by undocumented youth, who rallied the country’s support by sharing their stories and demanding that the United States see them as the Americans that they are. While we were proud of the program, we knew that DACA was not the end goal for this movement. While critically important, it would only temporarily protect Dreamers for two years at a time. Without permanent, legislative protections, the fate of Dreamers and their families would continue to be at risk.

When President Trump took office, our fears came true. In the first year, his administration threw the lives of DACA recipients into limbo and attempted to end the program, leaving Dreamers unable to plan for their futures, living under a constant threat of potential deportation. As the country waited for a DACA decision from the Supreme Court, ICE promised to start deporting DACA recipients if given the opportunity.

But on June 18, 2020, DACA recipients — and America — won. The Supreme Court sided with the lower courts and the American people by declaring the Trump administration’s process of rescinding DACA illegal, “arbitrary, and capricious.” The Trump administration was ordered to accept DACA renewals and new DACA applications, and restore the DACA program to its original state. Instead, the White House is hell-bent on ripping the rug out from underneath 700,000 Americans in waiting, even though he knows that the American people, including most Trump supporters, support Dreamers. Trump’s recent changes to DACA shut hundreds and thousands of immigrant youth out of the program’s protections, leaving them at continued risk of deportation. We know and fear that his next step is a complete end to DACA.

Our immigration system remains unjust, inhumane, and irrevocably broken, and the ACLU will continue to fight in Congress for permanent legislative protections for all undocumented youth. We will also keep fighting for automatic extensions of DACA and Temporary Protected Status (TPS) work permits during the pandemic.

The Senate must act now to take up and pass the American Dream and Promise Act, which would provide protection from deportation and a fair path to citizenship for Dreamers and immigrants eligible for TPS and Deferred Enforced Departure (DED). While the ACLU remains troubled by provisions in the bill that run counter to basic due process principles, it would nonetheless benefit more than two million people and represent a crucial step toward fundamental reform of an unjust system.

And as Black and Brown communities fight for historic, overdue reforms to state and local law enforcement, it is critical not to forget that ICE and Customs and Border Protection sow fear and uncertainty in communities of color every day. Congress must divest funding from the federal police forces within these agencies that threaten DACA recipients, their families, and our communities writ large.

We will also be fighting for so much more. States must take steps to vastly improve the wellbeing of undocumented youth and protect them from the Trump administration’s anti-immigrant crusade. States should remove barriers that prevent Dreamers from pursuing their education and careers by allowing access to in-state tuition, financial aid, and professional licenses for all, regardless of immigration status. They must also reject the administration’s promise to deport Dreamers and refuse to do ICE and CBP’s bidding. Governors should take steps to restrict their states from spending any resources to collaborate with immigration enforcement agencies.

As long as Congress refuses to provide a path to citizenship for undocumented youth, we will advocate for broad administrative relief that expands the number of people eligible for protection. DACA was designed narrowly, and forces recipients to spend enormous resources — $495 for the application, plus legal fees —  to renew their status originally every two years, and now every year. We will advocate for DACA to provide longer periods of protection between renewals and for application fees to be truly affordable. And finally, we will keep fighting for a fair, humane, and affordable path to citizenship in Congress so that DACA recipients, their undocumented family members, and all immigrant communities can access full citizenship.

While Dreamers won in the Supreme Court, Trump continues his anti-immigrant crusade. The fight for permanent protections and a humane immigration system continues. 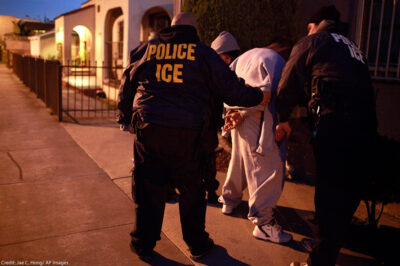 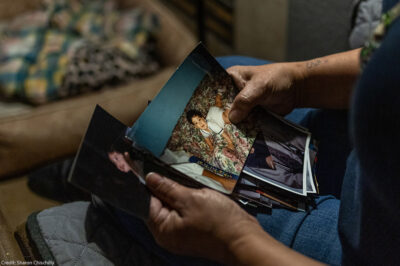