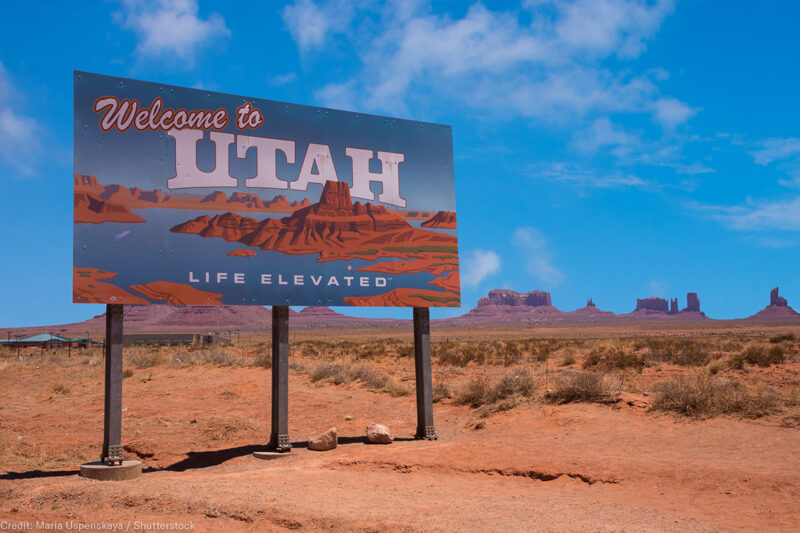 Utah is known for its red rock canyons, steep ski slopes, and a mega-majority Republican legislature. And now it can be recognized as one of just a handful of states to pass legislation that helps noncitizens avoid deportation if they are convicted of a misdemeanor.

The bill, which was signed into law by Gov. Gary Herbert on March 25, clarifies that misdemeanor convictions in Utah can no longer be interpreted as aggravated felonies for immigration purposes, avoiding automatic deportation for a crime as simple as shop-lifting. To make this happen, the bill reduces the maximum possible sentence for misdemeanors in Utah by a single day — from 365 days to 364 days. In an era when lawmakers often pass splashy message bills that create little impact, the new law is just the opposite — a nuanced piece of legislation that spans the twin chasms of criminal justice and immigration reform, while improving the lives of thousands of Utah residents.

Utah is by no means the first state to enact this sensible policy change. We now join states such as Nevada, California, and Washington that have passed so-called 364-day laws, with the goal of reducing the immigration consequences of convictions for noncitizens. But Utah is one of the few Republican-led states to make this change. Utah also surprisingly reached the finish line ahead of both Colorado and New York, two states that adopted similar protections in March.

Should your state try to follow Utah’s lead? It’s only necessary if your state defines the maximum penalty for a misdemeanor as 365 days or longer.

Under federal immigration law, a state misdemeanor that carries a potential sentence of a year or more is treated as a felony for immigration purposes. This results in devastating and unintended consequences that automatically strip immigrants — including green card holders, refugees, and victims of domestic violence — of their status and subjects them to mandatory deportation.

A person need not even receive a full 365-day sentence to trigger this harsh penalty. Automatic deportation kicks in as long as the maximum allowable sentence is equal to a full year or more, even if the person’s actual sentence was 20 days in jail or was completely suspended.

Even worse, federal law denies immigration judges any discretion on whether these harsh penalties are imposed. Until Congress restores discretion to consider individual circumstances before subjecting a person to deportation, the only solution is for states to clearly delineate that misdemeanors carry a maximum 364-day sentence.

Despite some indications that prosecutors would oppose the bill in Utah, no resistance materialized to the bill as it passed both chambers by unanimous votes. One reason might be because this legislation removes the overhanging burden of mandatory deportation from low-level criminal trials. Defense attorneys are mandated by the Sixth Amendment to consider the potential immigration consequences of a guilty plea.

Before this law was passed, defense counsel would sometimes mistakenly advise their noncitizen clients to accept a misdemeanor plea deal, not realizing that immigration consequences could trigger removal. When the mistake was discovered, desperate individuals might seek to have their criminal cases reopened. The passage of this bill removes the draconian immigration consequences of such plea agreements, increasing transparency and fairness during the trial and plea process.

As more states approve laws like Utah’s to protect noncitizens from these catastrophic immigration penalties, it tells the federal government that we value efficiency, fairness, and common sense in our criminal and immigration systems. It also tells noncitizen members of our community that the bedrock of our justice system — equal justice under the law — applies to them as well.

And that is something that all Utahns can support.