We Sued for Records About Trump’s Muslim Bans. Here’s What We Found Out. 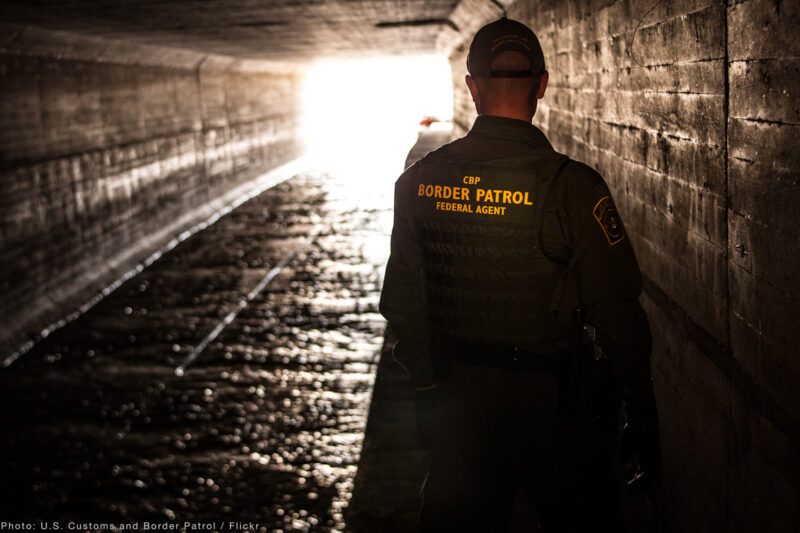 On February 2, 2017, 50 ACLU affiliates submitted FOIA requests seeking information about Customs and Border Protection’s on-the-ground implementation of the Muslim Bans at field offices around the country. When the government failed to respond in the time allotted, certain ACLU affiliates filed suit in April to get the requested records.

Since then, the government has released three “partial” responses that paint an incomplete picture of how CBP headquarters reacted. Because the FOIA requests now in litigation focus on how the bans were implemented locally, very few, if any, of the records produced thus far are responsive to the affiliates’ requests or relevant to the pending lawsuits.

But, because you have a right to know — and question — what the government is up to, we are publishing the documents the government released here and highlighting some themes that emerge from them.

Top Officials Were Confused About the First Muslim Ban

You may remember that shortly after the first Muslim Ban was announced, public confusion erupted about whether or not it applied to lawful permanent residents (LPRs). But it wasn’t only the public that felt confused — top government officials did, too. These documents reveal deep confusion among DHS agencies on this question.

Hours after the first Muslim Ban came down on January 27, Acting Commissioner of CBP Kevin McAleenan wrote to officials at the Department of Homeland Security (DHS) to ask, “Was it your understanding that the EO was intended to apply to LPRs?” Gene Hamilton, senior counselor to DHS, responded, “They should generally be provided the case-by-case exemption . . . provided that it is in the national interest to do so.” And McAleenan replied, “Understood. We want to faithfully and quickly execute the EO, but want everyone to know that this guidance changes our status.” In other words, Hamilton’s answer is not what McAleenan expected. Indeed, reflecting this, McAleenan’s estimate of affected travelers more than tripled from 175 to 600-800 individuals per day upon hearing that LPRs should be included in the estimate.

Jumping in on the thread, Principal Deputy White House Chief of Staff Kirstjen Nielsen wrote, “I believe this will be news” to “the Secretary” (though without specifying of which agency). CBP then communicated to staff that lawful permanent residents would require case-by-case exemptions from the first Muslim Ban.

But, five days later, Counsel to the President Donald McGahn issued a memorandum to the acting secretary of state, acting attorney general, and secretary of homeland security stating that the first Muslim Ban’s provisions did not apply to LPRs. He wrote, “I understand that there has been reasonable uncertainty about whether those provisions apply to lawful permanent residents of the United States. Accordingly, to remove any confusion, I now clarify that Sections 3(c) and 3(e) do not apply to such individuals.

CBP Officials Tracked Compliance With Court Orders, but They Won’t Show Us the Results

In the hours and days following the first Muslim Ban, courts around the country held that the order was unconstitutional and enjoined implementation. These FOIA documents show that the government was aware of the court orders — though, at least with regard to the Western District of Washington case, McAleenan learned of the result from a news story. And the documents suggest that the government responded to the court orders — but CBP has refused to show us how. In email after email about “compliance with” or “guidance from counsel on” a particular court order, we are left with little more than redactions.

In the First Week Alone, the Muslim Ban Affected at Least 1,926 Individuals Travelers

CBP released a spreadsheet listing “all Executive Order related travelers who were encountered at CBP primary inspection” from January 27 to February 4, 2017 “and were referred for secondary inspection.” It has nearly 2,000 entries.

On Saturday, January 28, 2017, CBP set up a 24-hour-a-day, seven-days-a-week “Crisis Action Team” (CAT) to monitor implementation of the first Muslim Ban. The documents reveal concerns that, without centralization, the amount of work required to track ban-related issues could overburden the field.

Indeed, documents from the early hours after the Muslim Ban was announced suggest a lack of coordination and preparation. Shortly after the announcement, McAleenan wrote to officials at other DHS agencies, asking, “Do we have official confirmation that is has been signed? Any way I can get the latest version electronically?” Jennifer Higgins, an associate director at the U.S. Citizenship and Immigration Services (USCIS), wrote, “Gene, they really need the signed version to assist in execution.” An hour later, DHS senior counselor Gene Hamilton attached the final version of the ban.

When thousands of us took to the airports to protest the first Muslim Ban, the government heard us. If you were at Dulles, chanting — “Love, not hate! That’s what makes America great!” — or at Logan, chanting — “Say it loud, say it clear, everyone is welcome here” — your words reached CBP, including Acting Commissioner McAleenan.

Continuing the trend of government representatives seeking to suppress or silence the successful, democratic protests that they should be celebrating, however, CBP officials appeared to take an adversarial view of individuals who were exercising their rights. At LAX, rather than serve its function, CBP’s Public Information Office shut down in response to protest. And, when CBP officials discussed the high volume of calls from attorneys regarding the first ban, they hypothesized that questions about whether CBP officials were following the law constituted “a form of telephonic protest to the EO.”

All documents released to date

This is likely to be just the tip of the document iceberg. We will update this page with new productions as the government releases them.