Why a Jewish Organization Is Suing to Stop the Muslim Ban 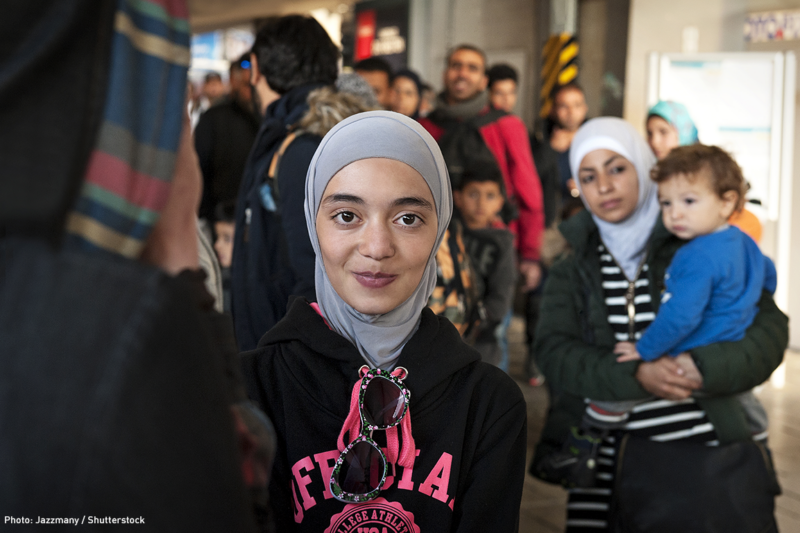 I cringed when I heard the Trump campaign and administration start using “territory” as a euphemism for “religion.”

It wasn’t just the thinly veiled attempt to institute a Muslim ban by another name. Sure, barring travelers from seven majority Muslim countries with an exception for religious minorities is pretty brazen, but so is the president going on television and saying we need to protect Christians more than Muslims.

No, what made me wince was the sheer repetitiveness of it. We’ve seen this show before, and they haven’t even bothered to change the script.

In 1921, the chosen method for keeping out the undesirables was not executive action but legislation. The Emergency Quota Act, like Trump’s order, doesn’t explicitly say who it’s meant to keep out. But its intentions were clear, and its impact dramatic.

That “emergency” act was supposed to be temporary, yet the national origins formula proved to be far too tempting for lawmakers to give up once they had it in place. Not coincidentally, countries that had produced the most Jewish migrants for the previous four decades were given particularly low quotas. This “temporary” measure remained in use for more than four decades, until the Immigration and Nationality Act of 1965 finally replaced the blanket restrictions on countries of origin with criteria based on an individual’s skills or family ties to U.S. citizens or residents. It took us 44 years to go back to treating immigrants like people rather than an undifferentiated mass who could be deemed undesirable on a whim.

My organization, HIAS, is the oldest refugee resettlement agency in the world. We are also a faith-based organization. Founded in 1881 to assist Jews fleeing the pogroms in tsarist Russia, today we serve persecuted refugees of all faiths and nationalities. Our mission is simple — to protect and assist those whose lives are in danger because of who they are. Last year, for example, we assisted hundreds of thousands of refugees in about a dozen different countries.

We assist refugees today not because they are Jewish, but because we are Jewish.

Resettling refugees is a humanitarian mission. But for us, it is also an act of faith. It is something our religion calls on us to do, not in a general way, but specifically and repeatedly. Over and over, Jews are reminded to welcome the stranger, to protect the stranger, even to love the stranger.

This command is not subject to the prevailing politics of the moment nor to the faith or nationality of the stranger in question. As stated in the complaint we filed last week with the help of ACLU’s exceptional legal team, the executive order we are challenging “severely impedes HIAS’s religious mission and work by intentionally discriminating against Muslims.”

The Torah is the single most important religious text for the Jewish people. It is so long it takes a full year to read through in its entirety, and pages upon pages have been written by rabbis and scholars over the years trying to parse out precisely what each word, phrase, and story means.

Yet two thousand years ago, a rabbi by the name of Hillel famously accepted a challenge — to explain the entire document while standing on one foot. It is a long and weighty document, but Rabbi Hillel succeeded. And what he said was this: “Do not do unto others what would be hateful if done unto yourself. That’s the entire Torah. All the rest is commentary.”

We cannot remain silent as Muslim refugees are turned away just for being Muslim, just as we could not stand idly by when the U.S. turned away Jewish refugees fleeing Europe during the 1930s and 40s.

We assist refugees today not because they are Jewish, but because we are Jewish.

So today, as the U.S. does to others what was once so hatefully done to us — barring Muslims from a long list of countries and even turning around Muslim refugees who had arrived at U.S. ports of entry seeking protection — the Torah requires us to intervene. To stop these things from being done by our government and in our name.

That is why HIAS, along with the International Refugee Assistance Project and several individual plaintiffs, has been forced to take the unprecedented step of suing the Trump administration over this executive order. All the rest is commentary.