Will Immigration Authorities Use Our Taxes to Go After Immigrants? 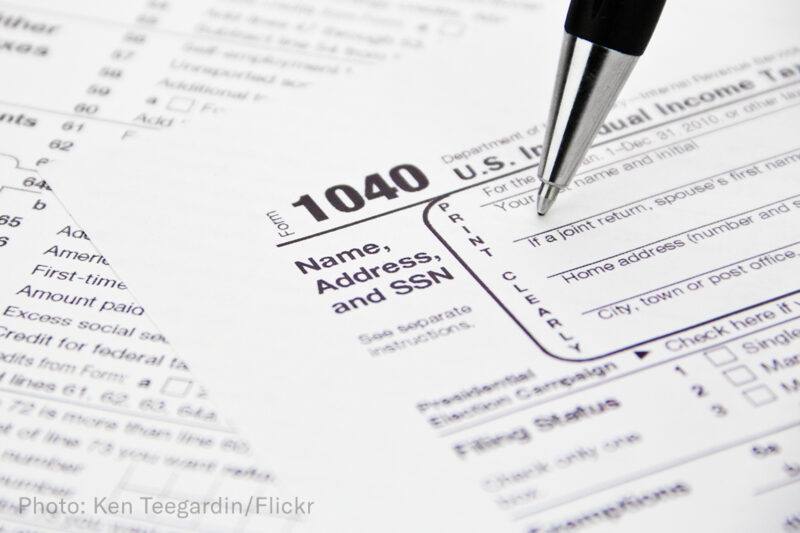 People across the country filed their tax returns last week, glitches and all. If historical patterns hold up, this year’s taxpayers will include millions of undocumented immigrants.

Federal law protects the confidentiality of tax information, but recently concerns have been expressed that the tax-related information immigrants and their employers provide the government could be used by the Trump administration as yet another immigration enforcement tool, and some evidence indicates a significant dip in the number of individuals filing their taxes.

This is why the ACLU filed a Freedom of Information Act request last week demanding information about whether the Social Security Administration is complying with federal law and not sharing confidential tax information with immigration enforcement authorities.

Tax laws allow the IRS to share certain information about individual workers’ earnings with the SSA, so that each worker’s entitlement to Social Security benefits can be calculated. Employers are required to report the name, Social Security number, and earnings information for each employee to the IRS on “W-2” forms. Under the tax laws, these forms may be shared with the SSA for the administration of the Social Security system.

But the tax laws restrict the SSA from sharing that information with others, including the Department of Homeland Security. If information from tax filings were shared with law enforcement agencies like DHS, that would create a huge disincentive for people to comply with the tax laws in the first place. Because there is a ton of sensitive information contained in tax filings, and to encourage public compliance with the tax system, federal law requires that tax information be kept strictly confidential.

Despite these laws, DHS has previously tried to use what’s called “no-match” information in SSA databases to carry out immigration enforcement goals. A no-match happens when an employer reports a particular worker’s name, Social Security number, and earnings information on a W-2, but the name or Social Security number does not match the information in the SSA’s records. There are many things that could cause a no-match, including administrative errors, name changes after marriage or divorce or for other reasons, and different naming conventions that are common in many parts of the world, particularly in some Latin American and Asian countries. As a result, many U.S. citizens and other legally authorized workers may have mismatches between the information reported on a W-2 and the information in SSA’s records.

SSA officials have made clear in the past that under the tax laws, SSA’s no-match records cannot be shared with DHS without authorization from Congress. In fact, an SSA official said in a 2006 congressional testimony that “IRS officials have also expressed concern that sharing this data [with DHS] could decrease tax collections and compliance.”

Federal courts have also ruled on whether the SSA could disclose information concerning the names of employers with the most no-match employees. The U.S. Court of Appeals for the District of Columbia answered that question with an emphatic “no.” The court held, and the Department of Justice ultimately agreed, that information about employers contained in W-2 forms was confidential under the tax laws, and therefore could not be disclosed by the SSA.

We shouldn’t have to worry that the SSA is disclosing information that is confidentially protected by law, but we do. The Trump administration has pledged to ramp up workplace immigration enforcement, and has delivered on that promise — most recently in Tennessee, where a raid at a meatpacking plant earlier this month devastated the community and led 550 children to stay home from school. We know DHS is eager for information from other agencies at the local and federal level to aid in its enforcement efforts. The administration has also stripped basic privacy protections for many immigrants. And lawmakers have proposed loosening the tax laws to require precisely the type of information sharing that we’re concerned about.

Given this administration’s all-out assault on our legal rights and our immigrant communities, we can’t afford to sit back and keep our fingers crossed that Trump’s SSA is following the law.