Working to Uncover How ICE Treats Pregnant Women in Detention 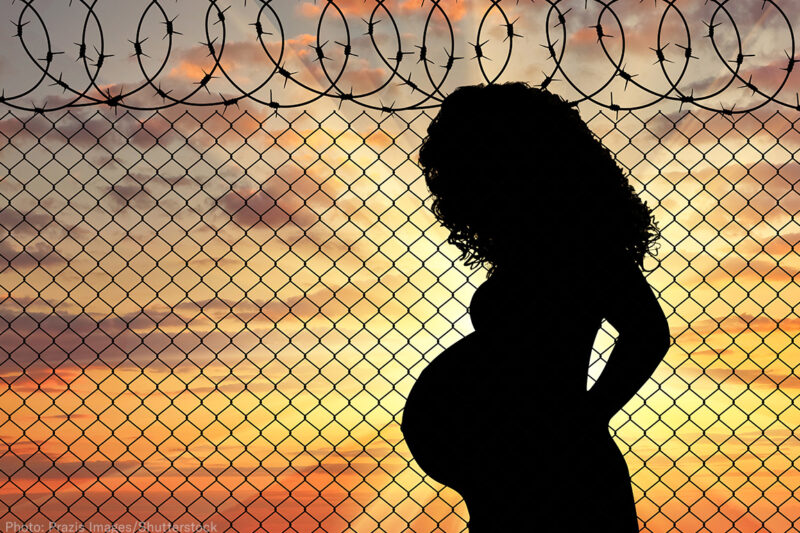 Victoria López, Advocacy and Legal Director, ACLU of Arizona
Share This Page
May 3, 2018

In 2016, Immigration and Customs Enforcement issued a policy advising against the detention of pregnant women. The rationale seemed simple enough: incarceration creates serious health risks for expectant mothers, and detention facilities are not equipped to serve those unique needs.

But in December 2017, Thomas Homan, the acting director of ICE, announced that the agency would change that directive to comply with President Trump’s executive order on immigration and eliminate the presumption of release for pregnant women.

In addition, the policy change allows ICE to remove critical reporting procedures required for oversight of the detention system, making it extremely difficult to monitor the treatment of pregnant women, despite evidence that such oversight is desperately needed.

When the change in ICE policy became public knowledge this spring, it prompted immediate outrage by medical associations, human rights groups, immigrants’ rights groups, and religious organizations. In response, more than 250 organizations sent a letter to ICE last month urging it to reverse this decision.

Despite the outcry, ICE remains unmoved, and appears determined to continue this cruel and unnecessary practice. That’s why on Thursday the ACLU, along with the American Immigration Council and the Women’s Refugee Commission, filed a Freedom of Information Act request asking that ICE make available all documents related to its detention of pregnant women.

The ACLU and partners have worked to document the harmful and dangerous conditions pregnant women face, including verbal and physical abuse, as well as delays in emergency care and prenatal treatment. In September 2017, the ACLU and seven other organizations filed a complaint with the Department of Homeland Security’s Office for Civil Rights and Civil Liberties and its Office of Inspector General detailing those conditions. The complaint included testimony from 10 women, some of whom suffered miscarriages while in detention.

Their stories are harrowing. One 31-year-old asylum seeker was detained when she was four months pregnant. Shortly after her arrest, she began to experience severe pain and bleeding. She pleaded with detention authorities for medical care, but she was ignored. Instead, she was transferred from a Border Patrol holding facility to an ICE detention center in southern California, and miscarried.

Another 23-year-old asylum seeker was detained at a U.S. port of entry when she was 12 weeks pregnant. She was held in ICE custody for three months and transferred between facilities six times. One transfer between New Mexico and Texas took 23 hours and landed her in the hospital for exhaustion and dehydration. She experienced nausea, vomiting, weakness, headaches, and abdominal pain during her detention and did not receive sufficient prenatal vitamins or adequate medical attention.

Pregnancy is a serious medical issue that requires close monitoring and attention, which ICE is not equipped to provide. Locking up more pregnant women is cruel, and puts them needlessly at risk.