The World Will Be Watching as Muslim Ban 2.0 Goes to Court 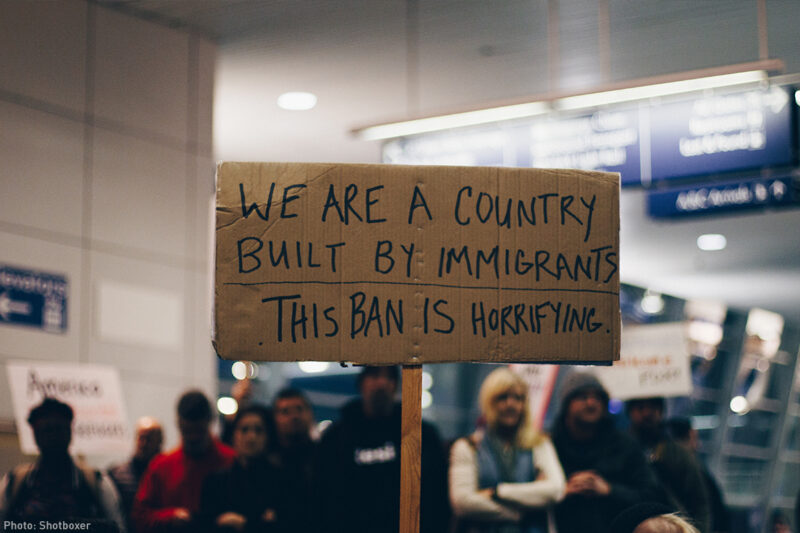 Monday marks a critical next stage in the legal battle against President Trump’s Muslim Ban executive order. The Fourth Circuit Court of Appeals, in Richmond, Virginia, will hear legal arguments in a case, International Refugee Assistance Project v. Trump, brought by the ACLU and National Immigration Law Center (NILC). This will be the first argument in front of a court of appeals, which reviews orders from trial courts, addressing the revised executive order (also known as Muslim Ban 2.0). The stakes are enormous — for the plaintiffs, for Muslim and immigrant communities around the country, and for vital constitutional principles.

A quick refresher on where things stand: The president rolled out the original Muslim Ban 1.0 on January 27. The impact was immediate and devastating, as families across the country were separated from their loved ones and thousands of people flooded the airports with messages of protest and welcome. The courts quickly stepped in and blocked the ban, starting with a case filed by the ACLU and our partner organizations — NILC, the International Refugee Assistance Project, and the Worker & Immigrant Rights Advocacy Clinic.

When the Ninth Circuit refused to let Muslim Ban 1.0 go back into effect, the administration retreated. Eventually, it issued the current version of the ban, which eliminated some egregious aspects of the original but left in place the same fundamental defects. It was, as we noted, still an unconstitutional attempt to make good on the president’s promises to establish a ban on Muslims. The courts agreed. Before Muslim Ban 2.0 could go into effect, trial courts in Maryland and Hawaii again blocked key provisions — upholding, as the Maryland court explained, the “fundamental constitutional principle” of religious neutrality “at the core of our Nation’s identity.”

But the cases are not over. The government has appealed both orders, and the first appellate argument about Muslim Ban 2.0 is happening on Monday afternoon. In a move reflecting the extraordinary importance of the case, the full Fourth Circuit — 15 judges, if none recuse themselves — decided to hear arguments and ask questions. A panel of judges in the Ninth Circuit will do the same a week later in the Hawaii case.

Each court will then have a choice. The government will ask them to look away from the extraordinary evidence, including many statements from the president and his aides, that the order is an attempt to make good on the president’s promised Muslim ban. The plaintiffs will urge each court to refuse — as the court in Hawaii put it — to “crawl into a corner, pull the shutters closed, and pretend it has not seen what it has.” Because these appeals courts have the power to block or allow the Muslim ban, the path they choose may determine its fate. The country and the world will be watching.

The Fourth Circuit argument takes place 2:30 p.m., Monday, May 8, at 1100 East Main Street, Richmond, Virginia, and will be live streamed.