The 40th Anniversary of an LGBT Milestone in Congress 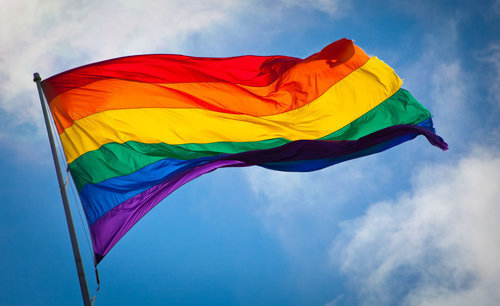 Forty years ago today, “Battling Bella” Abzug, a member of Congress from New York and a trailblazer for women, introduced a bill to protect gay people from discrimination for the first time in American history. The Equality Act of 1974 would have banned discrimination against lesbians, gay men, unmarried persons, and women in employment, housing, and public accommodations.

It was a milestone moment for an emerging LGBT equality movement just a few short years after the rebellion against police oppression at Stonewall. In the four decades since, LGBT people have achieved a tremendous and once unimaginable amount, including the freedom to marry for same-sex couples in an ever-expanding number of states.

At the federal level, however, the ongoing fight to pass LGBT nondiscrimination protections through Congress continues a journey started by Rep. Abzug 40 years ago.

In those early days, before Harvey Milk made history with his election to the San Francisco Board of Supervisors, finding a few dozen members of Congress to co-sponsor gay rights legislation like the Equality Act was a challenge. Today, there are over 200 co-sponsors on the Employment Non-Discrimination Act in the House of Representatives.

Yet, with the exception of the federal hate crimes law and the recently reauthorized Violence Against Women Act, there remain no explicit protections for LGBT people in federal law. Congress has yet to pass legislation to protect LGBT youth in our nation’s public schools from discrimination based on their sexual orientation or gender identity, though there is a bill to do just that currently pending in both the House and Senate.

The current patchwork of state-level protections for LGBT people is insufficient. Why are LGBT people in places like Mississippi and Wyoming any less deserving of protections than LGBT people in California or New York? In addition, while the increasing understanding in the courts that LGBT discrimination is a form of sex discrimination holds a great deal of promise, it should not be seen as a justification for inaction on the part of Congress. Freedom from discrimination in education, employment, public accommodations, and housing are things most people, thankfully, never have to think twice about. Sadly, this is still not the reality for LGBT people.

On this, the 40th anniversary of the introduction of the first-ever gay rights measure in Congress, let’s commit ourselves to have federal laws in place that explicitly protect LGBT people from discrimination by the 50th anniversary. We will then, truly, have reason to celebrate.