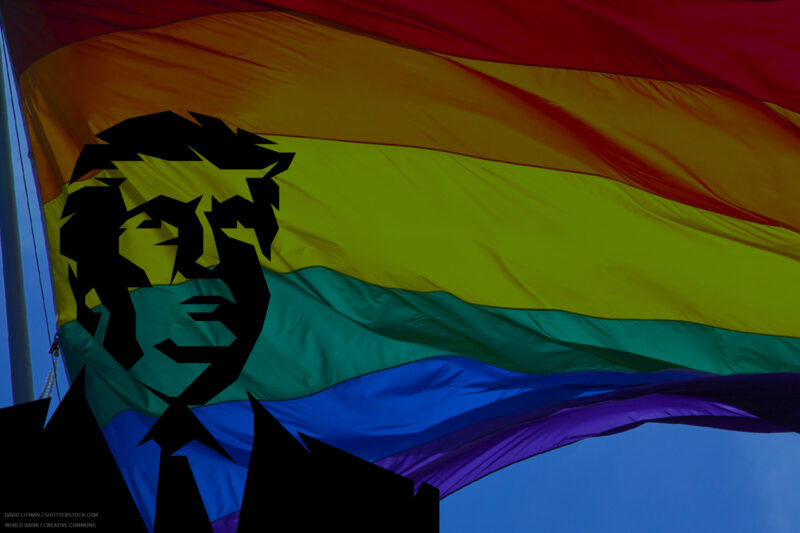 Following press reports that the White House was considering issuing an executive order that would roll back and undermine nondiscrimination protections for LGBT people, the administration made clear that President Trump would not repeal a landmark executive order signed by President Obama in 2014 that prohibits businesses that contract with the federal government from discriminating against LGBT people.

But this is only part of the story.

President Trump has surrounded himself with a vice president and cabinet members who have repeatedly sought to sanction discrimination against LGBT people and women in the name of religion, and nothing in the White House’s statement makes clear that these efforts are now behind us. During the campaign, Trump pledged to sign into law the so-called “First Amendment Defense Act,” the most sweeping, anti-LGBT bill in Congress. In addition, Trump transition officials reportedly gave private “assurances” to a member of Congress who was trying to attach an anti-LGBT religious exemption to the defense bill that the new administration would address the issue early in 2017. Needless to say, there remain significant concerns about what the Trump administration may be planning.

Religious freedom is a core American value that we cherish and defend, one that is protected in the Constitution. We all have the freedom of belief regarding God and religion, including the freedom to act on those beliefs. But freedom of religion doesn’t give any of us the right to discriminate against other people.

Any executive order that would sanction discrimination under the guise of “religious freedom” would be seen for exactly what it is: a direct assault on the rights and dignity of LGBT people and women. The ACLU has a message for President Trump: You cannot authorize discrimination by executive fiat. We won’t stand for it. Not now. Not ever.

If the administration continues to pursue policies that are unlawful and unconstitutional, the ACLU is prepared to continue to take them to court to protect the civil rights and civil liberties of everyone in this country.