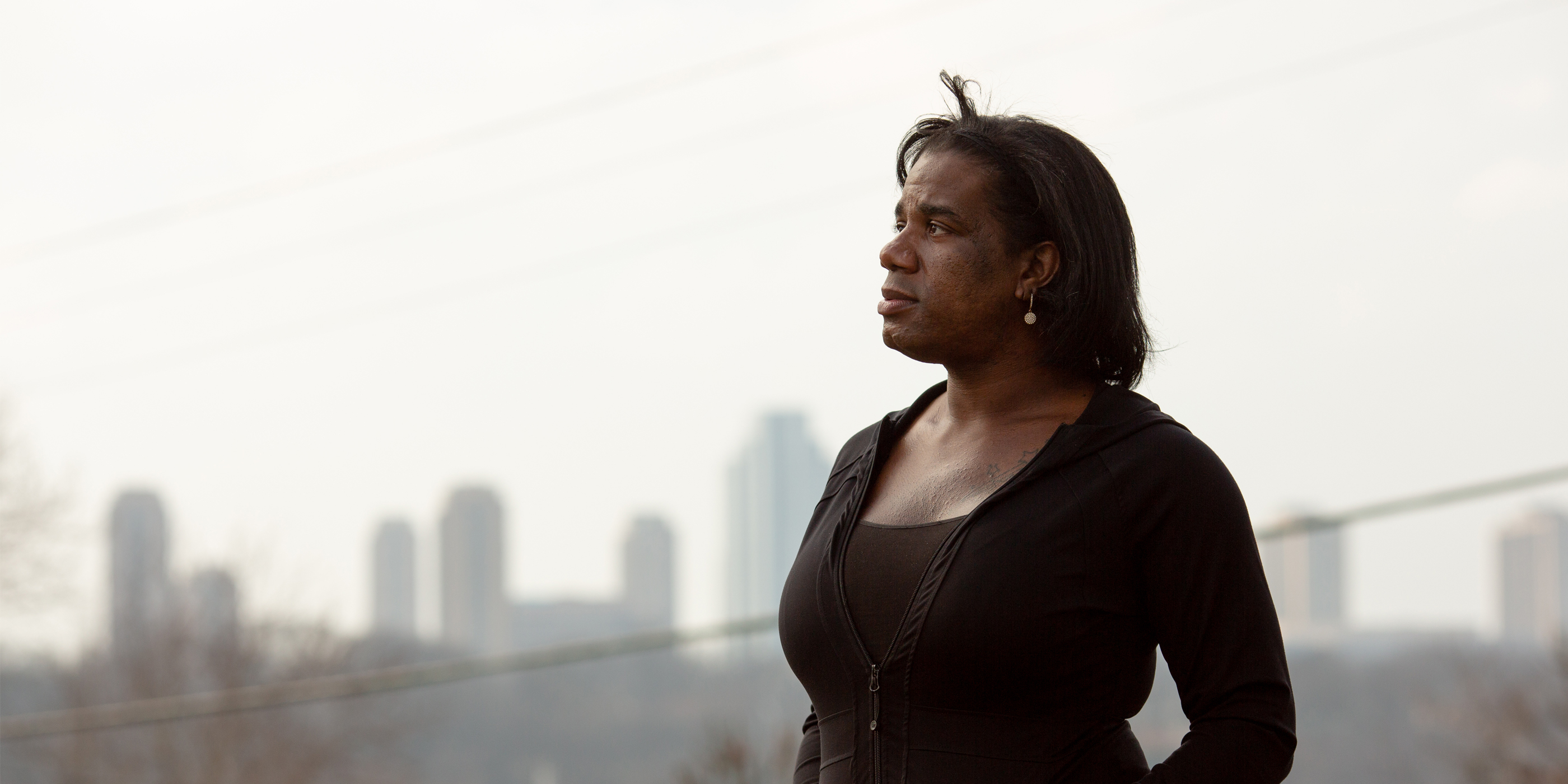 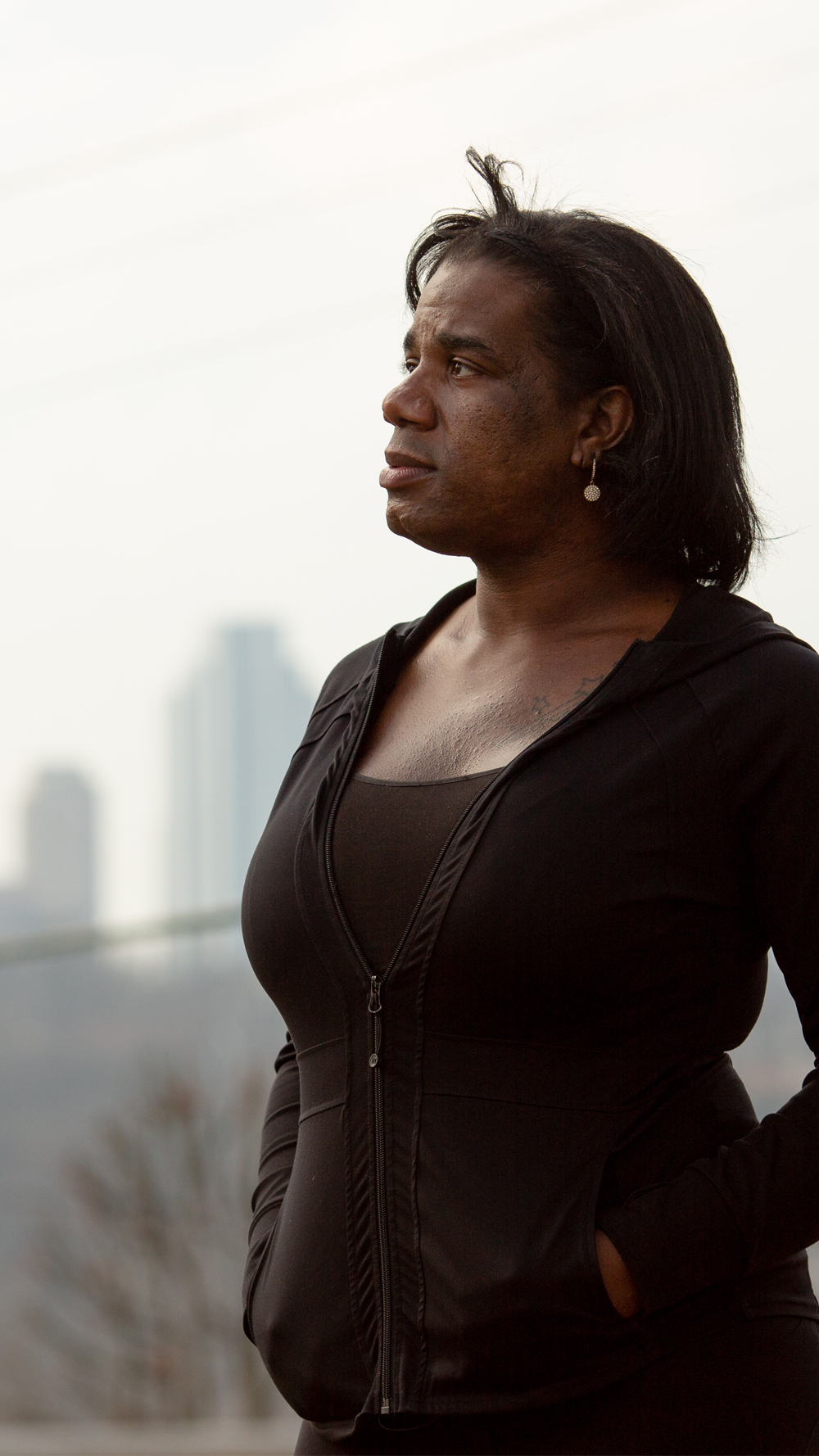 My ID is often the first thing people see about me. I could be at the grocery store, the DMV, or working my last job as a commercial driver. As a trans woman, if my gender marker doesn’t match my name, paperwork, or how I present, then it will determine the way I get treated — whether I get called “ma’am” and helped, or dismissed because they don’t want to deal with me.

Having an inaccurate gender marker has cost me a job, housing opportunities, and basic respect. I worked as a commercial driver for 13 years. When I started a job at a new company, everything was going smoothly until I had to provide my birth certificate for paperwork. At the time, my birth certificate read “M” for gender. After my new employers saw it, they found reasons to question my work and fired me. I haven’t been able to find the same kind of steady job since.

I’m here to identify myself accurately and get respect.

It’s hard not to take it personally, but over the years I have grown numb to the discrimination. Sometimes, these experiences made me want to give up. But that’s not true happiness. That’s not what I’m here for. I’m here to identify myself accurately and get respect. So I have no choice but to keep pushing through.

I wasn’t always able to get a gender marker that matched who I am. When I lived in Maryland, I was able to get my legal name changed to Erica, but the requirements to get my gender marker changed on my Maryland ID back then were just too burdensome. I was supposed to provide letters from two different doctors — a physician and a therapist. This was impossible because I didn’t have a regular doctor or therapist. So every time I showed my license I would just hope that they didn’t notice the marker and question or disrespect me.

When I moved to D.C. they made it a lot easier. I didn’t have to get a medical examination, and the whole process seemed more open. It just seemed like they were saying, “Okay, we understand your experience. We understand that this will make life better for you.” Ever since I got my IDs changed, there has been a noticeable difference in the way I get treated.

Today I feel very comfortable and confident when I show anybody my ID because it matches my true self. For me, that meant getting an “F” as my gender marker. For others, that might mean using a gender-neutral “X” marker, because some people don’t identify as male or female, so they shouldn’t be forced into a box they don’t fit into. Having an accurate ID should be a right for everybody, whether you’re trans, cis, or nonbinary.

Having an accurate ID should be a right for everybody, whether you’re trans, cis, or nonbinary.

Unfortunately there are still a lot of people who don’t understand. They might have a notion that everybody is the same and everybody makes the same choices, or that those of us who are trans and nonbinary are bad people who are up to no good. But trans and nonbinary people are just trying to be happy and access the same rights as everybody else. We are who we are. Until more people realize that, we are going to keep being rejected and discriminated against just for living our truth.

I’m hopeful that with the new administration we will see real change. President Biden has already repealed the trans military ban and both he and Vice President Harris have pledged to support the Equality Act. We need to hold our leaders accountable. One way to make a meaningful difference in the lives of trans and nonbinary people is to give us identification that reflects who we are.