Meet the Man Who Kept the Rainbow Flag Free 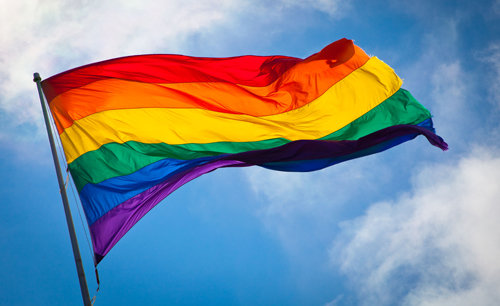 (Originally posted on the ACLU of Northern California blog.)

The fight for LGBT equality in the Bay Area has faced plenty of challenges. Meet Matt Coles, who has been fighting for them from the beginning.

The rainbow flag is known all over the world as a symbol of LGBT rights and acceptance. Here in San Francisco, a huge rainbow flag waves over the Castro District. But that flag came close to being a trademarked symbol that could have kept it from public use. In 1978 Gilbert Baker, the person who created the flag, came to the Castro law office of a young LGBT civil rights attorney in private practice named Matt Coles. Baker explained that he created the flag for everyone and wanted it to remain free for public use. He needed an attorney to represent him to challenge an attempt from an advocacy organization to trademark it. He didn’t have any money, but Matt agreed to represent him. Today, the rainbow flags that symbolize Pride Month are a symbol for the people.

The flag case wasn’t Matt’s first – or last – tango in the LGBT rights community. Now our Deputy National Legal Director, Matt has built an impressive career out of opposing discrimination and fighting difficult battles – he served as counsel in the ACLU/Lambda challenge to the military’s anti-gay “Don’t Ask, Don’t Tell” policy, on the case that led to our first win in the U.S. Supreme Court, the challenge to Colorado’s anti-gay amendment 2, and on several challenges to Florida’s ban on adoption by gay people. He has figuratively – and literally – written the book on how to win LGBT Civil Rights: read Try This At Home for a few tips and tricks. When it comes to slaying dragons for the community, Matt is a genuine hero.

It all started right here in San Francisco. Before he came to the ACLU, he actually wrote the city’s first comprehensive law banning anti-gay discrimination – and California’s first as well.

What people may not know about LGBT history in the Bay Area is just how tough the fight for equal rights has been. Yes, the city has long been known the world over for its tolerant views and attitudes, especially where LGBT folks are concerned. This is where Del Martin and Phyllis Lyons started the daughters of Bilitis in the 1950s; it’s the city of Harvey Milk in the 1970s, home to the Castro and one of the world’s largest LGBT populations.

Back in 1982, the Board of Supervisors passed a domestic partnership ordinance that Matt wrote – but it was swiftly vetoed by then-mayor Dianne Feinstein. Matt wrote a new version that was passed in 1989, but was repealed by voters (yes, San Francisco voters repealed a gay rights bill – and it wasn’t so long ago). It finally passed for good in 1990, after 8 years of fighting tooth and nail for equality in what is often thought of as one of the most liberal and tolerant cities in the US. In 1991, a measure to repeal it was on the ballot again, but this time the repeal efforts failed.

The fight for full equality is far from over, in California and in the rest of the country. But you can rest assured that the ACLU will remain on the front lines.