Last week, the ACLU mourned the death of Carolyn Wagner, who died on January 18 after a long battle with cancer, hepatitis, and liver failure. 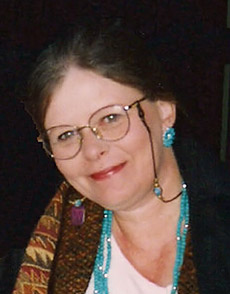 Carolyn and her husband Bill are the parents of a gay son who was brutally harassed and assaulted by other students while attending school in northwest Arkansas in 1996. Soon after an incident that left their son with lasting injuries, the couple filed a complaint with the United States Office for Civil Rights (OCR) against the Fayetteville School District under Title IX, which prohibits sexual harassment and discrimination. After a federal investigation, the school was ordered to address anti-gay sexual harassment — the first time that Title IX was used to address the bullying of gay and lesbian students.

In 1999, Bill Wagner became a plaintiff in Howard v. Child Welfare Agency Review Board, an ACLU case that challenged the Department of Human Services rule prohibiting foster children from staying in a home where adult gay men and lesbians reside. Bill Wagner qualified as a plaintiff because his son, by then an adult, sometimes lived with couple and would have disqualified the couple from fostering children. After seven years, the Arkansas Supreme Court unanimously struck down the ban.

As a result of the Wagners’ involvement in the lawsuit and learning about the abuse of many teens by their parents, the couple took in scores of mistreated kids over the years, some of whom were straight, many of whom were gay or perceived as gay by the parents.

In 2006, Carolyn Wagner was assaulted on her family’s property by a man posing as a police officer who brutally beat her and told her he didn’t take to “queer-loving ACLU types.” Undaunted, Wagner carried on with her support of LGBT children and their families.

Carolyn Wagner also cofounded Families United Against Hate to serve as a support for victims and families of victims of hate crime, where she served as a liaison between victims and law enforcement, ensuring that others would not fall victim to official complacency such as she and her son experienced.

Rita Sklar, executive director of the ACLU of Arkansas who worked closely with Carolyn and Bill for many years, said in a statement last week: “Across the country, gay and lesbian rights activists and advocates and anyone who benefited from her tireless work — really, anyone who knew her — are grieving the loss of a great civil rights champion and a kind and loving woman. Carolyn will be missed.”