State Bills Would Give Adoption Agencies the Right to Discriminate Against LGBT Adoptive Parents. Kids Will Suffer. 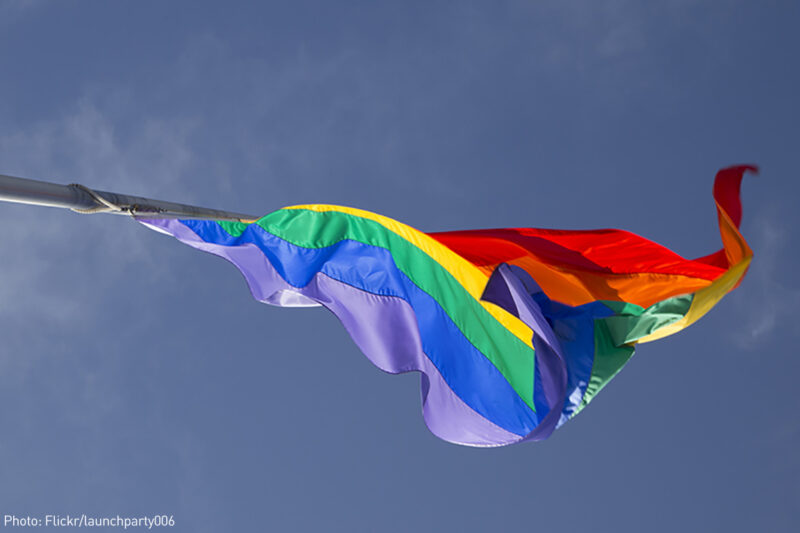 Amidst the chaos and perpetual deluge of shocking headlines out of D.C., state legislatures are quietly moving forward with their anti-LGBT agenda, disguised as a more palatable “protection of religious freedom.”

The earliest out of the gate this year is South Dakota, which just passed a law that would allow child-placement agencies receiving state funds to refuse to provide services to children and families if they have religious objections. You won’t find any references to sexual orientation or gender identity in Senate Bill 149, but this and the dozens of other bills percolating across the country are being promoted by the same groups that are fighting tooth and nail to undermine equality for LGBT people.

What makes the South Dakota bill and others pending in Alabama, Oklahoma, and Texas (here and here) especially galling is the callous disregard for kids in the foster care system who desperately need loving families to care for them. These bills prioritize the agencies’ religious beliefs over the needs of these states’ most vulnerable children, allowing agencies to use religious criteria to screen out qualified prospective parents.

South Dakotans who are ready, willing, and able to take care of kids in need could be rejected simply because they are LGBT, divorced, or don’t attend church regularly. The Child Welfare League of America opposed the bill, warning the legislature that “[t]his sweeping bill could be devastating for children in South Dakota’s foster care system, including the more than 300 awaiting adoption and the nearly 1000 children substantiated as abused and neglected.”

Bill Mawhiney, a gay man and a foster and adoptive parent in South Dakota, criticized the legislature for hurting “children in need of a home and the families who want to provide it.” He described the “exhaustive” process he and his partner underwent to become foster parents, which included classes, fingerprinting by both the local police and FBI, disclosing financial information, physicals, and letters of recommendation. If SB 149 becomes law, he warned that children could lose access to countless well-qualified families: “It breaks my heart to think that children could be left behind, denied the family they deserve, because of this misguided legislation.”

Ensuring that all kids have loving homes should be a no-brainer and should not be a partisan issue. In fact, in 2015, a conservative Florida legislator shut down attempts to pass a similar law. “[T]here have been absolutely no indications that same-sex adoptions or same-sex foster care placements have had any negative effects on children,” he pointed out. “My goal here is to get more children—and more special needs children—adopted. … I don’t want there to be any barriers to those children having loving, permanent homes.”

He’s right. Anthony Siegrist, a kid adopted by a lesbian couple in Florida, wrote a blog because he wanted his legislators to know that:

“Being adopted and becoming a permanent member of this family has been the greatest gift of my life. … Allowing agencies to put their own interests above the needs of the children in their care is so cruel that I can’t understand how my state’s leaders are even considering it.”

Freedom of religion is one our most fundamental values, and the ACLU fights to defend it. But freedom of religion does not give anyone the right to impose their beliefs on others, to harm others, or to discriminate.

Over the last several years, state legislatures have acted aggressively in their attempts to pass broadly written religious exemption laws, like Religious Freedom Restoration Acts and First Amendment Defense Acts. The public saw through the sometimes obfuscating language and rejected these bills for what they are: measures that would allow religion to be used to discriminate against LGBT people in all walks of life. Indeed, the backlash was swift and painful, with lawsuits, boycotts, economic damage, and tarnished reputations.

Now they are shifting their strategy — by narrowing the scope of their discriminatory bills, these legislators are trying to sneak one past us. Don’t let them. Tell them discrimination is wrong no matter how it is dressed up, and our children and families deserve better.