The Supreme Court Case That Could Jeopardize LGBTQ Rights 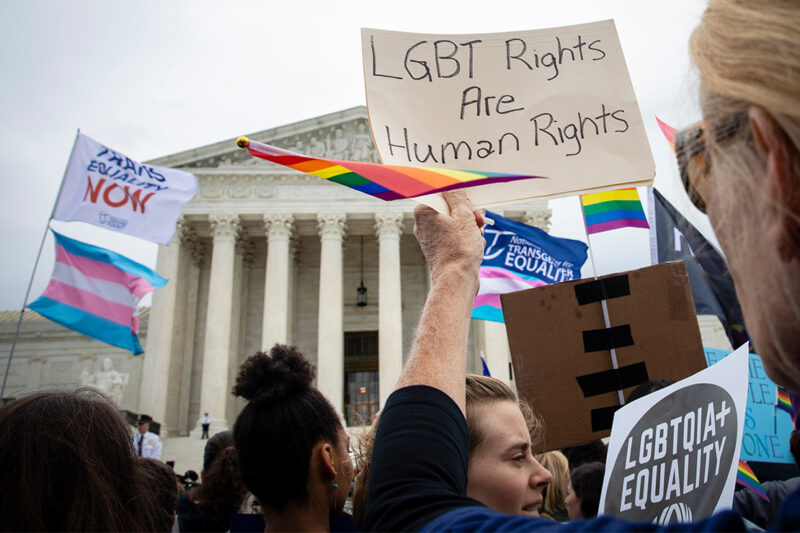 A foster care agency in Philadelphia that wants to turn away same-sex couples is putting anti-discrimination protections in jeopardy in the name of religious liberty.

In March 2018, the city of Philadelphia learned that two of the agencies it contracted with to provide foster care services would not, based on religious objection, accept same-sex couples as foster parents. The city told the agencies their contracts with the city were in jeopardy unless they complied with basic nondiscrimination requirements.

While one of the agencies agreed to comply, the other — Catholic Social Services (CSS) — refused. Instead, CSS sued the city, claiming the Constitution gives it the right to opt out of the nondiscrimination requirement. After a lower court and a federal circuit court ruled in the city’s favor, CSS appealed to the Supreme Court. The case, Fulton v City of Philadelphia, has implications not only for the future of foster care, but for the protection of all people from discrimination in the alleged name of religion. Arguments are set for November 4th.

Louise Melling, Deputy Legal Director of the ACLU, joined the podcast this week to discuss what’s at stake in Fulton.

“The ACLU has no question about the right of people and organizations to have their beliefs and to practice their beliefs, but it’s to practice your beliefs as long as they don’t hurt others,” said Melling. “And in this context, if Catholic Social Services can practice its beliefs in terms of turning away families because they’re same-sex, it is hurting others.”

The Supreme Court Case That Could Jeopardize LGBTQ Rights

The city of Philadelphia learned in March 2018 that two of the agencies it had hired to provide foster care services would not, based on religious ...