They The People: The Biden Administration Must go Beyond Repealing Trump’s Attacks on Trans Rights 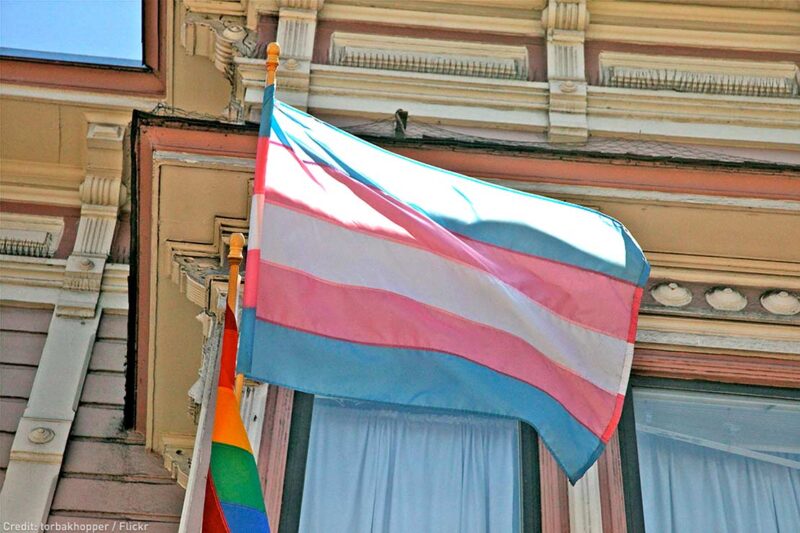 The federal government has not been kind to transgender people over the last four years. Trans students were put at risk when the Department of Education withdrew critical guidance explaining how schools must protect transgender students. Trans people facing housing instability were left in the cold when the Department of Housing and Urban Development rolled back rules protecting trans and gender non-conforming people from discrimination at homeless shelters and other housing services receiving federal funds. Trans military members were devastated by a single tweet from the president that put their careers and livelihoods at stake. And the list of attacks goes on.

The government is supposed to support and serve all of us, but trans folks have been intentionally and cruelly cut out these last four years, along with so many other communities. Of course, we are still here, and will continue to take care of each other no matter who is in the White House. We’ve heard Biden and Harris pledge to repeal the trans military ban and pass the Equality Act, and assure us that their administration will work to undo the harms of the last four years. Now we must must hold this administration accountable and ensure that they make a meaningful difference in the day-to-day lives of trans and non-binary people around the country.

There’s one important action this administration can take right away to show transgender people that they respect and support us: give us identification that reflects who we are. That’s why one of the ACLU’s top priorities for the Biden-Harris administration is an executive order updating the process by which federal agencies change gender markers on IDs. This order will ensure that all transgender people have access to an accurate ID. Currently, to update a gender marker in the social security system, on a passport, on immigration documents, or on any other federal ID or record, an applicant must submit a letter from a medical doctor attesting to appropriate clinical treatment for gender transition. This executive order would remove those burdensome medical documentation requirements so that everyone has access to the appropriate gender marker, and add an “X” option so that non-binary, intersex, and other folks have an accurate designation.

Access to accurate IDs is personally meaningful for trans folks but also practical, ensuring we can travel, apply for jobs, and enter public establishments with less risk of harassment or harm. But this update is not just about us, it’s a sensible solution for the federal government. IDs are intended to identify people, and are useless when they don’t match the applicant. Requiring trans folks to jump through hoops with doctor’s visits and medical letters to obtain updated IDs is costly, complicated, an invasion of privacy, and entirely unnecessary — and prevents many people from getting an updated ID to move through the world.

Accurate IDs are not possible without appropriate options for non-binary folks, intersex people, and anyone else for whom an “M” or “F” is not suitable. An “X” designation is used throughout the world to indicate a sex or gender other than male or female, and must be available on our federal documents. Nearly 20 states already have self-attestation and an “X” designation on driver’s licenses and state IDs, so this update is also important to ensure that people can have consistent state and federal documents.

The ACLU is excited to encourage this important step forward. In 2021, we’ll be sharing stories from trans and non-binary folks about the importance of accurate IDs, meeting with White House officials, and pushing the administration to follow through on their promises to the trans community. With one stroke of the pen, President-elect Biden can issue this order to not only provide a common-sense solution to access accurate IDs, but send a critical message to transgender people across the country: Our government sees you as exactly who you say you are, and we want you to be supported and included in this country.

Building trust between the government and trans communities is a long and hard process, but it starts with recognition.