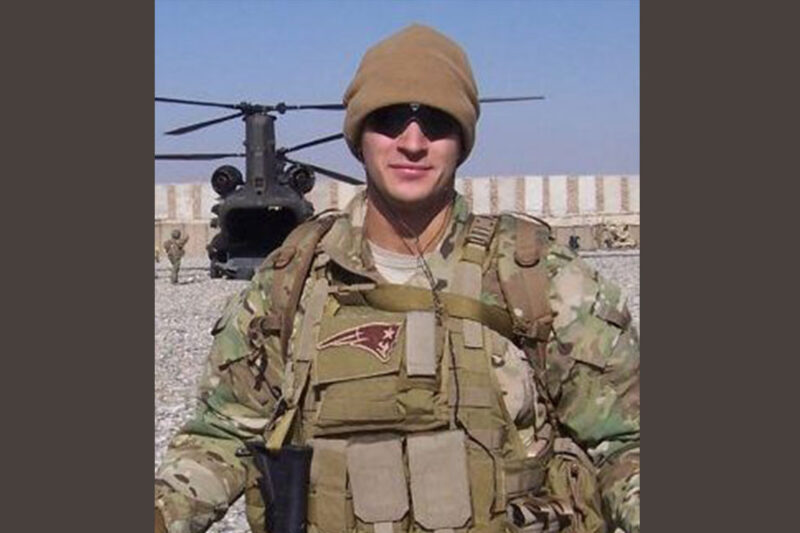 In the past few weeks, I’ve spent considerable time, far more than usual in fact, reflecting on what Veteran’s Day means to me both now and at different times in the past decade. Before joining the military, Veteran’s Day for me was what I imagine it to be for most Americans: a day to recognize the service that a portion of our population volunteered for and to thank the veterans and active duty service members I knew for serving and risking their lives for our country.

While I was on active duty, Veteran’s Day was mostly a time to tune out the noise and check in on fellow soldiers at home and abroad. During this time, I developed a tradition of calling at least three soldiers I had served with each Veteran’s Day to say hello and see how they were doing.

Earlier this year, I wrote about about the Trump administration’s unnecessary and immoral ban on transgender soldiers. As I explained then:

“History has proven time and time again that restrictions against certain groups joining the military, such as African-Americans or Japanese-Americans, are self-defeating. The results of lifting these arbitrary restrictions have always been the same. The reasons given for the restrictions never came to fruition, were based on fear and prejudice, and the military was ultimately stronger based on a swell of new applicants and diversity in its ranks.”

Trump’s trans ban is antithetical to the core tenants of the military; it is destructive to our unit cohesion and military readiness; and it is just indefensible and wrong to target transgender individuals for discrimination in the military. I have been heartened by the obstacles President Trump has faced in implementing them. We cannot rest until the ban is struck down permanently and transgender individuals who are fit and ready to serve can both enlist and be retained in the military with full and equal access to all the benefits of service that the rest of enjoy.

Today I give thanks and honor the transgender service members who not only have taken on the duties and responsibilities, risks and sacrifices of service, but who have to do so with a target on their back from their commander in chief. They have to serve with the knowledge that in an instant, all they have worked for could be taken away from them simply because of who they are.

This targeting of transgender individuals is part of a larger climate in which veterans and service members are being exploited and disrespected for political gain. Recently, the discussion of veterans has seemed to present itself most frequently in the ongoing conversation surrounding the National Football League players who have chosen to kneel during the national anthem in protest of racial injustice. Many have characterized the actions of these players as “protests against the anthem” or our country, which, to me as a veteran, is ludicrous.

The day I enlisted in the Army, I held up my right hand and swore to “defend the Constitution of the United States against all enemies, foreign and domestic.” And one of the most critical rights the Constitution’s Bill of Rights guarantees is “the right of the people peaceably to assemble, and to petition the Government for a redress of grievances.

There is simply no question that the right to peaceful protest is precisely what veterans fight to protect. It is woven directly into the oath we all took the day we enlisted, just like our obligation to fight for equal protection of the laws and the equal dignity of our fellow Americans and soldiers.

Today I hope others will join me in resisting the urge to appropriate notions of what it means to be a veteran. Instead, call a veteran you know to thank them for the sacrifices they made and the work they did to allow our flawed but beautiful democracy to survive. Even better, work in defense of our rights — to protest, to equal protection, to justice.