Why So Few Female Firefighters, NYC? 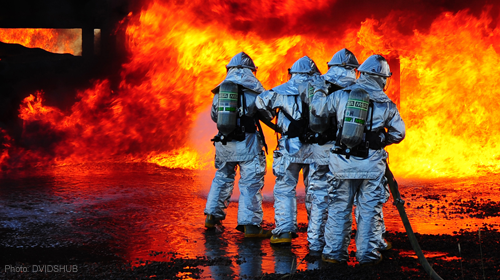 Helping answer that question was testimony from current and past women firefighters and cadets, the city’s fire chief, and others including the ACLU.

The root of the problem is a culture within the department that views firefighting as a man’s job, and women as intruders in the fire house. Women firefighters testified about being harassed and threatened, getting the “silent treatment” from their male coworkers, finding their firefighting gear tampered with, and of supervisors’ complete refusal to impose accountability on the perpetrators of harassment and discrimination. This culture of bigotry and impunity discourages women from even trying to join the fire department, and pressures the few who do join to quit.

A key way in which sex bias takes shape in fire department policy is the use of physical agility tests for prospective firefighters. For most of its history, the fire service excluded women explicitly and absolutely. When that became illegal in 1973, fire departments began instituting minimum height and weight requirements as a way to disqualify most women. When that practice was struck down in 1977, many departments responded by adopting physical ability tests that they hoped would have the same result. These tests often bear little relationship to the actual demands of the job, yet eliminate women candidates through their emphasis on brute strength.

Something of a breakthrough occurred in 1999 with the development of the Candidate Physical Ability Test, or CPAT. The CPAT is a standardized test of firefighting ability developed by experts and intended to correspond to specific firefighting tasks. When women candidates receive proper pre-test training and mentorship, most can pass the CPAT and go on to be successful firefighters.

New York City adopted the CPAT as its fire academy entrance exam in 2006, but then something strange happened: The city began requiring academy cadets to pass an additional timed obstacle course as a requirement for graduation. In addition, cadets are required to run 1.5 miles in twelve minutes, a requirement appearing nowhere in the CPAT. Neither of these requirements reflects the essential tasks of a New York City firefighter – as the law requires – and both are blocking women from joining the fire department. With these add-on requirements, the city is attempting an end run around the CPAT’s fairer standards and the demands of antidiscrimination law.

At Friday’s hearing, the state of affairs was put best by Brenda Berkman, the courageous firefighter who first integrated New York City’s fire department over 30 years ago. Brenda testified: “Until the Department stops repeating the mistakes of the past using illegal ‘requirements’ and stops treating women firefighters as second-class employees who are terminated unfairly and denigrated in the Department, it will continue to be difficult to recruit qualified women candidates to the FDNY.”