You May Not Understand Trans People, but We Too Deserve Privacy, Fairness, and Liberty 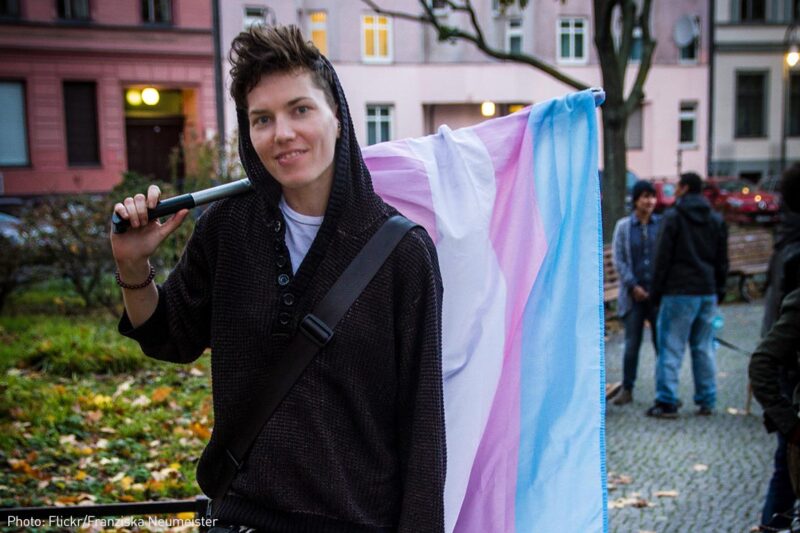 For those of us in prison, the fight for trans justice at the ballot, in state legislatures, and in our public discourse can feel far away. As trans prisoners, sometimes we have to focus on just getting through the day. But these important fights to recognize and affirm the dignity of trans people impact us too.

Despite the recent successes for gay and lesbian rights 2016 promises to be one of the most difficult years that the LGBT community as a whole has ever faced.

Groups opposing equality are mobilizing. Exploiting the deep-seated confusion about who trans people are and the animosity towards us, these opponents have developed a simple, scalable, and easily replicated strategy.

They wish to capitalize on the anger of opponents of LGBT rights who feel defeated following last year’s Supreme Court ruling making marriage equality the law across the country. The model from which to push their agenda could be seen in full display in the effort that defeated a nondiscrimination ordinance in Houston, Texas.

A simple but distorted message of “no men in women’s bathrooms” led to the repeal at the ballot of a progressive ordinance that would have protected Houston residents from discrimination based on gender identity and 14 other protected classes.

Their new target: your local and state government. We are seeing bills targeting trans people — particularly trans young people — creep up in state legislatures across the country. Many of these bills attempt to regulate bathroom access based on a person’s genitals or “anatomical sex.”

Regardless of the fear-mongering rhetoric and images of predators exploiting nondiscrimination laws to access women’s bathrooms to hurt non-transgender women and girls, the reality is that prohibiting discrimination does nothing to undermine public safety. Obviously, such predatory behavior is not legalized or promoted by laws and ordinances protecting trans people.

The laws being proposed to stop trans people from using the bathroom raise several serious questions over privacy, fairness, and liberty. One Virginia bill tries to make students who use the “wrong” bathroom pay a fine. But how would that work? Would these students have to physically “prove” their sex as male or female? The fact is you can’t know someone’s anatomical sex by simply looking at them. Certainly, nobody wants police officers who stand guard in public bathrooms, interrogating or physically inspecting everyone who enters. Nor do I believe anyone wants to install body scanners or other draconian technology measures to verify the gender of everyone who enters.

We need to consider ways to stay one step ahead of such shameful strategies. Most importantly, we need to remind people that very real, very human trans folks are the targets of this campaign. Trans folks who are more likely to commit suicide and who are being murdered at a historic high in the United States.

The country needs to see us — the trans community — as human. Let’s start by standing up against these laws that hurt us all.