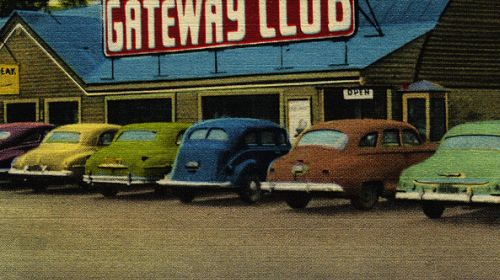 In 2010, the FBI attached a GPS device to the car of a man named Fred Robinson and continuously monitored his whereabouts for nearly two months—all without getting a warrant. Now Robinson is on trial, and on Friday, the ACLU and its affiliate, the ACLU of Eastern Missouri, filed an amicus brief in his case, United States v. Robinson, which raises important Fourth Amendment issues about police use of GPS trackers for surveillance.

In 2010, the FBI attached a GPS device to the car of a man named Fred Robinson and continuously monitored his whereabouts for nearly two months—all without getting a warrant. Now Robinson is on trial, and on Friday, the ACLU and its affiliate, the ACLU of Eastern Missouri, filed an amicus brief in his case, United States v. Robinson, which raises important Fourth Amendment issues about police use of GPS trackers for surveillance.

Although the Supreme Court addressed this subject in its landmark decision in United States v. Jones earlier this year, the government still maintains that GPS tracking without a warrant is constitutional.

The problem (as we discussed here) is that Jones did not fully settle the warrant issue. Interpreting the Fourth Amendment’s prohibition against “unreasonable searches and seizures,” the Supreme Court has developed a two-part inquiry to determine the constitutionality of surveillance practices. First, a court must determine whether the practice constitutes a “search” at all. This is answered by Jones; all nine justices unanimously held that the GPS tracking at issue was a search covered by the Fourth Amendment.

However, Jones did not reach the second half of the question: whether GPS tracking is an unreasonable search when conducted without a judicial warrant. In our Robinson brief, we argue that especially for invasive searches like GPS tracking, the lack of a warrant should be fatal. This is in line with decades of Supreme Court rulings on searches by law enforcement that invade on a “reasonable expectation of privacy.” Although the government attempts to argue that GPS trackers should be exempted from the standard warrant requirements, the Court in Jones made clear that warrantless GPS tracking does very much violate society’s expectation of privacy.

In Jones,the Supreme Court declared that long-standing Fourth Amendment doctrine still matters even as changing technology creates new privacy risks. As Justice Alito explained, until very recently, “society’s expectation has been that law enforcement agents and others would not—and indeed, in the main, simply could not—secretly monitor and catalogue every single movement of an individual’s car for a very long period.” With the proliferation of inexpensive GPS technology, that has changed. In the last several years, law enforcement has increasingly relied on electronic and internet surveillance in routine criminal investigations. As one measure of the prevalence of these techniques, the Jones decision reportedly prompted the FBI to reconsider the legal status of 3,000 GPS devices it was using at the time to monitor suspects. And GPS is likely the tip of the iceberg. Just last week, the New York Times broke the story that cell phone providers received a “startling 1.3 million demands for subscriber information last year from law enforcement agencies seeking text messages, caller locations and other information in the course of investigations.” Such rampant use of electronic monitoring makes impartial judicial oversight ever more important.

The Fourth Amendment must not be left behind as technology evolves. In our brief, we argue that “after Jones, it is even more apparent that the government must obtain a warrant based on probable cause prior to affixing a GPS device to a car.” The vast weight of Supreme Court precedent demonstrates that searches conducted by the police without first presenting evidence to a neutral magistrate to obtain a warrant based on probable cause are “per se unreasonable,” in the famous phrasing of the 1967 Katz v. United States decision. The courts play a key gate-keeping role by ensuring that law enforcement does not overstep the basic safeguards of individual liberty and privacy guaranteed in the Constitution.

Nevertheless, in Robinson and other similar cases, the government has pursued various legal strategies to argue that the clear presumption in favor of warrants does not apply to even very invasive GPS tracking. We hope the lower courts will reject such arguments, follow the Supreme Court’s lead, and hold that a warrant is required.

In October 2012, the district court in this case ruled that police do not need a warrant to attach a GPS tracker to a suspect’s car, and permitted the government to use the GPS location records it had collected as evidence at trial. After his trial, Robinson appealed to the Eighth Circuit. Today, the ACLU and ACLU of Missouri filed an amicus brief with the appeals court explaining why the Fourth Amendment requires police to get a warrant before using a GPS device to track a person’s movements in his or her car. Read the ACLU’s brief here.