ACLU Sues CIA for Reports on Its Torture Program 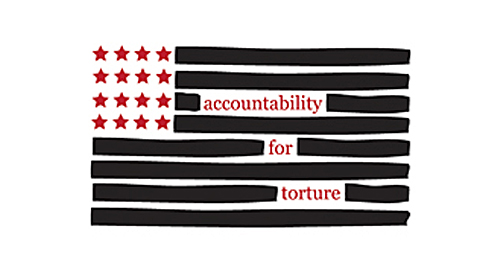 The ACLU filed a lawsuit today under the Freedom of Information Act to compel the CIA to release two reports about its post-9/11 program of rendition, secret detention, and torture of detainees. This illegal program was devised and authorized by officials at the highest levels of government, and five years after it officially ended, the American public still doesn’t have the full story about some of the most devastating rights violations committed in its name.

The first report, by the Senate Select Committee on Intelligence (“SSCI”), is the most comprehensive review of the CIA’s torture program to date. Led by SSCI Chair Senator Dianne Feinstein, the committee reviewed more than six million pages of CIA documents and other records over the course of three years. At the end of 2012, the SSCI approved its Study of the CIA’s Detention and Interrogation Program, which spans over 6,000 pages and includes approximately 35,000 footnotes. Senator Feinstein, who deserves major credit for initiating and overseeing such a thorough investigation, stated that the report “uncovers startling details about the CIA detention and interrogation program and raises critical questions about intelligence operations and oversight … [T]he creation of long-term, clandestine ‘black sites’ and the use of so-called ‘enhanced-interrogation techniques’ were terrible mistakes.” According to Senator John McCain, the report confirms that the “cruel, inhuman, and degrading treatment of prisoners” is “a stain on our country’s conscience.”

In addition to detailing the CIA’s illegal practices, the report reveals that the CIA misled the White House, the Department of Justice, and Congress about the “effectiveness” of waterboarding, wall-slamming, shackling in painful positions, and other methods of torture and abuse. As Senator Ron Wyden has noted, these CIA misstatements were eventually communicated to the public — but the agency has failed to set the record straight.

The second report, the CIA’s response to the SSCI, presents the agency’s shameless defense of its torture regime and challenges the SSCI’s investigative methods and findings.

Both reports are critical to a full and fair public conversation about the CIA’s torture program, which is why we and other rights groups have urged President Obama to release the SSCI report, and why we’re bringing suit to enforce our FOIA requests. The public deserves to hear the truth: Torture doesn’t work, and more importantly, it’s never acceptable.

We greatly appreciate Senator Feinstein’s stated commitment to seek declassification, and strongly support her determination to have the committee seek it too. We anticipate a committee vote soon. At the same time, through the FOIA, Congress has provided the American public with a crucial means to secure release of information, including materials such as these highly significant reports. By filing our FOIA lawsuit, we’re pursuing a path parallel and complementary to Senator Feinstein’s — a path toward greater governmental transparency.

This isn’t the first time we’ve filed a FOIA suit in connection with the CIA’s torture program. In response to years of litigation by the ACLU, the government has released over 100,000 pages of documents concerning the abuse and torture of detainees by the CIA and Department of Defense. (These records are indexed and searchable through our Torture Database.) Though the government’s disclosures have shed critical light on the Bush administration’s official policies of abuse of prisoners in U.S. custody, much still remains secret about the extent of the CIA’s practices and the responsibility of senior officials in ordering them. Indeed, relatively few documents available in our Torture Database — only 106 of approximately 5,000 — were authored by the CIA. Ultimately, the release of the SSCI CIA report and the CIA’s response would further illuminate the program’s failings, the CIA’s internal view of its program, and the lies the CIA told to those charged with oversight of its activities.

As Justice Louis Brandeis said, sunlight is the best of disinfectants. Perhaps a modest revision is in order: Sunlight is a necessary but not sufficient disinfectant. Transparency alone cannot complete investigations, bring wrongdoers to justice, or compensate victims. But to understand the injuries inflicted by U.S. torture — the resulting deaths, the unspeakable physical and psychological suffering, the harm to our nation’s values, and the cost to our security — greater transparency is a necessary step. If the CIA and the executive branch continue to withhold fundamental facts concerning the torture program, such as the information in the SSCI CIA report and the CIA’s response, a truly meaningful account of this terrible chapter in our nation’s history will continue to be beyond our reach.