Are "Two Hops" Too Many? 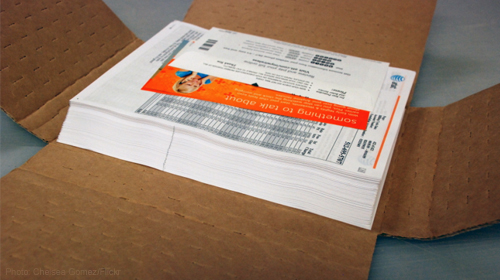 This is the second blog in a three-part series.

Less than a year after the NSA’s dragnet surveillance of Americans was first exposed to public scrutiny, the president has formally issued a proposal to end the bulk collection of our phone records. In this three-part series, the ACLU analyzes whether the president’s proposal goes far enough, particularly when there’s already strong bipartisan legislation in Congress that would end all bulk collection for good, the USA FREEDOM Act.

President Obama today unveiled his proposal to end the bulk collection of Americans’ phone records. The proposal, which still needs congressional approval, would require the government to get individualized court orders before acquiring the phone records of suspected terrorists.

You might think that this requirement would end mass surveillance, but not so fast. The government is still pushing for the authority to obtain records “two hops” removed from its suspects—or translated from newspeak: the records of people who are not suspected terrorists themselves but who have called, or have been called by, suspected terrorists.

That detail matters because phone-records requests can quickly balloon out of control when the government gets additional hops. If, for example, a surveillance target has talked to 200 different people in the last 18 months (a low estimate based on our informal sampling), and if each of those 200 people has also called or been called by 200 different people, then a two-hop request would vacuum up records relating to 40,000 people. And it only gets worse if one of the numbers in the first hop belongs to a high-volume caller—like a pizza shop, an advertising company, or a hospital.

Of course, if the government has a compelling basis for expanding its surveillance beyond its initial suspects, it should be allowed to do so. But it shouldn’t be allowed to do so absent any suspicion whatsoever. That kind of blank check to track the phone calls of anyone connected—however tenuously or innocently—to a suspected terrorist amounts to guilt by association. It is, in other words, bulk collection of a different sort.

Before we allow the government to exponentially expand its surveillance by adding hops, we should insist that it demonstrate a need to do so. The government should either satisfy a high standard of proof for its initial phone-records request or go back to a court for permission to track additional individuals. After all, if the government does not have any reason to suspect someone at the “second hop” of any wrongdoing, why should it be able to confiscate all of that person’s phone records?

Ending bulk collection of our phone records is an important first step toward reining in the NSA. But the devil is in the details, and one of the most important details is whether we continue to allow the government to engage in the suspicionless surveillance of innocent Americans. Unless the government has a very good reason to get two hops of our phone records and sweep up potentially tens of thousands of Americans, two hops are too many.