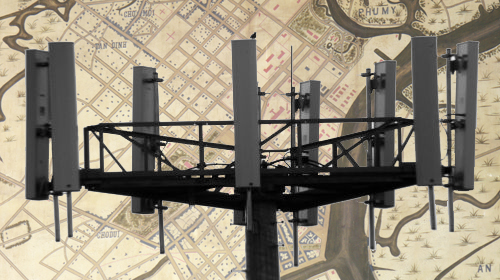 Today, the ACLU filed a Freedom of Information Act request with the FBI, the DEA, the Secret Service, and several other agencies asking for information about a surveillance technique known as a “cell tower dump.” If you’re wondering what that is or why we’re worried about it, a story from a few years back might help to illustrate.

In 2010, the FBI was looking for a pair of bank robbers known as the “high country bandits.” Security footage from the banks wasn’t very revealing, so the Bureau turned to cell phone companies for help. To find out who was consistently near the banks when these robberies took place, they asked for the number of every single phone that was connected to cell towers near the robbed banks around the time the crimes occurred. In response, they got back over 150,000 numbers. This is a cell tower dump: the practice of demanding an enormous amount of cell phone location information—anywhere from hundreds to hundreds of thousands of data points—in an effort to identify just a few suspects.

The plan worked, and the FBI was able to identify the two numbers belonging to the robbers. But they still had around 150,000 numbers left over—meaning the FBI was in possession of location information about many thousands of people who were not suspected of any wrongdoing. You might be wondering, as we did, what happened to all of that sensitive data in the federal government’s hands?

Unfortunately you’ll have to keep wondering, at least until the government responds to our request. The legal standards surrounding tower dumps are extremely murky:

Cell tower dumps aren’t rare. A congressional inquiry found that companies received at least 9,000 tower dump requests in 2012, and in 2013 Verizon alone reported receiving 3,200 such requests. Even when they were successful in helping to solve a crime, virtually all of those dumps also resulted in the government obtaining location information about hundreds, thousands, or even hundreds of thousands of innocent people. When the government has information like that on such a large scale, it can change the way people behave—causing them not to associate with certain groups or participate in certain activities the government may stigmatize, even when doing so is perfectly legal in a free society. Some local law enforcement agencies have already tried to monitor people at events like protests outside a world trade conference using their cell phones.

If we’re going to protect the privacy of our location information, and the right of free association that such privacy enables, it is important that we know under what standards the government is obtaining tower dump data, and what they do with it afterwards. We hope that the Freedom of Information Act request we filed today will help us find out.