Censorship at Guántanamo: Thoughts and Memories Don't Belong to the Government 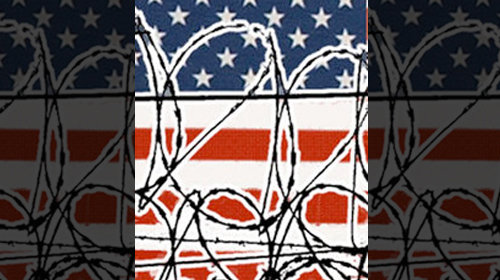 In the Guantánamo Bay military commissions, the ACLU is persisting in its fight against the government’s legally and morally untenable claim that it can censor from the public the 9/11 defendants’ personal experiences and memories of torture, rendition, and detention by the CIA. This week, we filed a reply brief responding to the government’s arguments in support of censorship.

The background to this fight is a protective order requested by the government that states the defendants’ “thoughts and experiences” about the CIA’s illegal treatment of them is “classified” and on that basis can be suppressed from the public. The ACLU challenged those protective order provisions in the military commissions, asserting the American public’s First Amendment right of access to criminal proceedings. A group of 14 media organizations filed a similar challenge. After the military judge presiding over the cases nevertheless granted the order in December 2012, we then challenged the judge’s decision before the Court of Military Commissions Review. (The press’s similar filings are here and here.)

As the ACLU’s reply brief demonstrates, the government has not and cannot demonstrate that the protective order meets the First Amendment’s strict-scrutiny standard, which requires the government to show that its censorship provisions serve a “compelling governmental interest.” The government’s submission to the C.M.C.R. argued that the Executive Branch’s classification decisions are essentially unreviewable by courts, and that a Presidential Executive Order governing classification somehow extends to human beings’ thoughts and memories. In our reply, we explained:

[T]he government fails to show how the executive order governing classification could extend to defendants’ “thoughts and experiences” of illegal government conduct that the government voluntarily disclosed and to which defendants were involuntarily subjected. And the government’s claim that courts cannot review Executive Branch classification decisions is squarely contradicted by case law to the contrary, in both the First Amendment and statutory contexts.

Most fatally for the government, classification does not determine the First Amendment issue before this Court, and the government has not shown that it has a legitimate interest, let alone a compelling one, in preventing the public from hearing defendants’ testimony about a program that has been banned by the President of the United States, that is illegal, and about which copious and granular details are publicly and widely known.

The censorship regime made headlines earlier this year when a “secret censor” surprised everyone present—including the presiding judge—by cutting off the broadcast of a pretrial hearing. The incident was seen as a major embarrassment for the military commissions. Now, the system faces another test. As we argue:

No civilized people can or should accept the judicially approved censorship of defendants’ personal memories and experiences of government-imposed torture, in a prosecution that will determine whether defendants live or die.

We have asked for oral argument on our motion and are waiting to see if the court grants it.