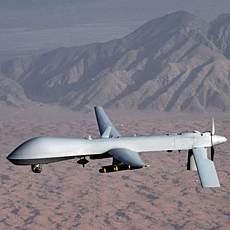 For well over a year now, the ACLU has been urging the government to level with the public about the number of civilians that are being killed in its drone strike/targeted killing operations. The government has been tight-lipped — refusing even to confirm or deny the existence of any records relating to civilian casualties in CIA drone strikes. Last month, however, John Brennan, the White House’s top counterterrorism advisor broke this silence, telling reporters that “in the last year ‘there hasn’t been a single collateral death because of the exceptional proficiency, precision of the capabilities that we’ve been able to develop.'”

Zero civilian casualties — during a period when there were more than 100 CIA drone strikes — sounded almost too good to be true. As it turns out, it was. According to a new report from the UK’s award–winning Bureau of Investigative Journalism, released last night, at least 45 civilians were killed in 10 strikes since August 2010. Among these, the Bureau reports that it has identified, by name, six children killed in drone strikes. More civilians are likely to have been killed in an additional 15 strikes for which precise information is not available.

In response to queries from the Bureau, a senior official stood by Brennan’s zero-civilian casualties claim and insisted that “the most accurate information on counter-terror operations resides with the United States.” The trouble is that United States refuses to share its information — even basic information — with the public.

Indeed, it is absurd that senior government officials would claim that there have been no civilian casualties in drone strikes in Pakistan, and at the same time refuse to confirm or deny the existence of civilian casualty data in response to the ACLU’s Freedom of Information Act request. This kind of selective disclosure not only deprives the public of basic information about the human cost of the government’s actions, but it also undermines the credibility of the government’s statements. The public has no basis to trust John Brennan’s zero-civilian-casualty estimate because the government has refused to disclose what its figures are based on, or even the criteria it uses to distinguish fighters from civilians in CIA drone strikes.

The public debate on drone strikes is severely hobbled by the government’s failure to provide basic information not just about the number of innocent civilians killed, but also about the legal criteria that its uses in conducting targeted drone killings, and the internal accountability measures that are in place to ensure that strikes — especially those conducted by the CIA — comply with the law.

Outside groups like The Bureau of Investigative Journalism, the Campaign for Innocent Victims in Conflict (CIVIC), and the New America Foundation have done admirable work attempting to fill this void. But it is emphatically the government’s obligation to provide an accounting to the public when it uses military force abroad. The government continues to shirk this obligation. And reports like the Bureau’s starkly demonstrate that “trust us” just doesn’t cut it when it comes to the wisdom and ethics of military action.