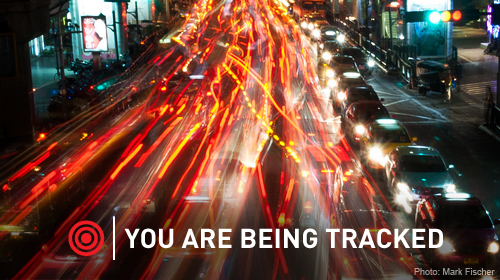 The NYPD may soon become the latest police department to begin paying private license plate tracking corporation Vigilant Solutions for access to the company’s nationwide location database, according to a report in the New York Daily News and documents unearthed by Ars Technica’s Cyrus Farivar. By contracting to access Vigilant’s rapidly growing National Vehicle Location Service (NVLS), where police will find over two billion records of ordinary Americans’ movements, the NYPD may also sign on to some very questionable secrecy provisions found in the company’s terms of service agreement.

It’s been very difficult to discern exactly which public agencies dip into and feed Vigilant’s massive location tracking database, or how much police departments and federal law enforcement pay to access the treasure trove of sensitive information. It now appears that that’s in part because, as with the high-tech cell phone tracking Stingray tool, agencies that contract with Vigilant are asked to keep mum on the details of their arrangements.

Vigilant requires that its licensees—law enforcement agencies—not talk publicly about its LPR database. According to the 2014 edition of its terms and conditions: “This prohibition is specifically intended to prohibit users from cooperating with any media outlet to bring attention to LEARN or LEARN-NVLS.”

An update to the terms, identified by Ars’ Farivar, is even stricter:

The demand that cops don’t discuss surveillance technology with members of the media absent Vigilant’s permission likely can’t be obeyed by officials unless they want to risk running afoul of open records laws, which don’t provide an exemption for records corporations would like to keep secret from the public.

But the demand is indicative of a truly disturbing pattern emerging in the United States. Local law enforcement obtains federal grants to contract with shadowy surveillance corporations. Those corporations (or the FBI) demand that the law enforcement agencies who buy or contract to use spy technology do not discuss the tools publicly. The technologies in question are highly controversial, largely because they succeed not by targeting specific people suspected of wrongdoing, but by sweeping up the sensitive information of potentially millions of people accused of no crime. The public largely remains in the dark about local law enforcement’s use of these tools, meaning legislators don’t have the information they need to make laws to govern the new technology, and courts can’t rule on the legality of the surveillance.

This is the case with cell site simulator technology manufactured by the Harris Corporation—the stingray—and it appears to be the case with license plate tracking technology sold or leased by Vigilant Solutions.

Private industry and the police are winning big through these secretive arrangements. The taxpayer—and her rights not to be warrantlessly tracked by the cops—loses big time. State legislatures and congress need to step up to the plate to deal with the menace of secret, dragnet surveillance. New technology shouldn’t translate into the demise of the gold standard of American criminal investigations, the probable cause warrant.

Unless the cops have a good reason to believe you’re up to no good, they shouldn’t be tracking you or your phone calls. Unfortunately, in part because of this unprecedented private-public secrecy regime, you are being tracked, even if you aren’t suspected of a crime.