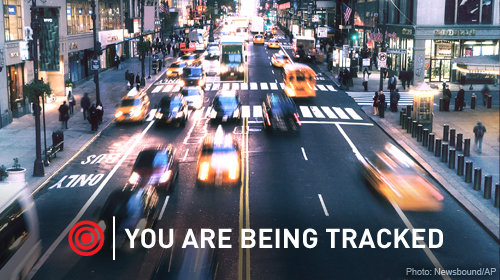 Boston Police Department bosses want to install GPS monitoring devices in every patrol car, to enable dispatch to more efficiently process 911 calls. But police officers and their union are outraged, saying that the ubiquitous tracking is too invasive of their personal privacy. Tracking the location of officers as they go about their days would reveal incredibly detailed information about their lives, the officers say.

We couldn’t agree more. Where you go says a lot about who you are. That’s why we want to ensure that Massachusetts residents are protected from warrantless location tracking, whether by GPS device, cell phone, or automatic license plate reader.

“No one likes it. Who wants to be followed all over the place?” said one officer who spoke anonymously because department rules forbid police from speaking to the media without authorization. “If I take my cruiser and I meet [reluctant witnesses] to talk, eventually they can follow me and say why were you in a back dark street for 45 minutes? It’s going to open up a can of worms that can’t be closed.”

Davis said that officers will not be disciplined if they can reasonably explain their whereabouts.

The department cannot discipline officers based on any information collected by the GPS devices in the first six months following their installation.

And the department must alert an officer if anyone from the public requests his or her GPS records.

“Our interest was the scrutiny,” said Joseph Sandulli, a lawyer for the Boston Police Patrolmen’s Association. “This thing keeps a permanent record of where an officer is all day. If he stops to go to the bathroom, that stop appears on the screen. If he goes a mile over the speed limit, someone can question that. It’s quite an intrusion on people’s lives.”

Concerned officers also raised the specter of advanced hackers breaking into the systems and tracking police officers as they move about the city, potentially enabling them to evade police.

“How long is it going to be before some criminal mastermind . . . gets some kids at MIT to figure out how to break into the GPS system?” one unnamed police officer wondered in an interview with the Globe. “Then they know where the cops are and can go rob banks.”

Like the GPS devices BPD brass wants installed in cruisers, centrally managed license plate reader databases, which contain the location histories of perfectly innocent people, could be compromised by criminal hackers or even foreign governments. That’s why the best defense against exposure or abuse of this invasive information is not to build massive data stores of it in the first place.

While on-duty tracking of public employees raises different questions than does the warrantless tracking of innocent civilians, concerned officers at the Boston Police Department are exactly right when they warn about the sensitivity of this information. As these anonymous officers and their union official argue, tracking someone’s location as they go about their day-to-day life is incredibly invasive.

That’s why we hope police officers will join us in demanding that the state legislature pass forward-looking privacy protections to ensure that if the government wants to track a private citizen — by license plate reader, GPS device, or cell phone — it needs to first get a warrant.

Cross-posted from the ACLU of Massachusetts PrivacySOS blog.