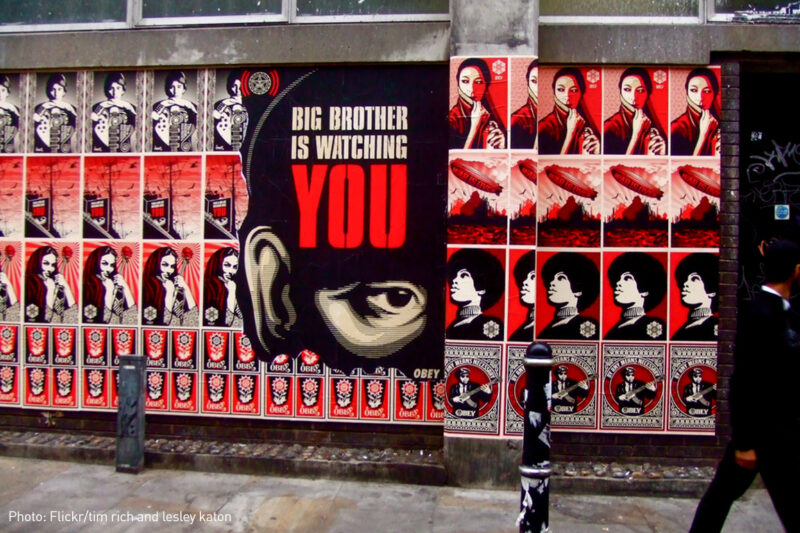 A federal district court yesterday dismissed Wikimedia v. NSA, a lawsuit brought by the ACLU on behalf of a broad group of educational, legal, human rights, and media organizations whose communications are swept up by the NSA’s unprecedented Internet dragnet.

Our lawsuit concerns the NSA’s “upstream” surveillance, which involves the mass interception and searching of Americans’ international Internet communications. The court held that our clients lacked “standing” to bring suit, because they had not plausibly alleged that their communications were being monitored by the NSA. That’s just plain wrong.

The court’s opinion relies heavily on the Supreme Court’s decision in a previous ACLU lawsuit, Amnesty v. Clapper, a challenge to warrantless surveillance under the FISA Amendments Act of 2008. In February 2013, the Supreme Court dismissed that case on the grounds that the plaintiffs could not prove that they had communicated with the NSA’s targets.

But as we explained in court, our current challenge to the NSA’s warrantless spying is very different than the last one. Among other reasons, Clapper was decided prior to the Snowden revelations and extensive government disclosures about upstream surveillance. These revelations fundamentally changed the equation. Since Clapper, the public has learned that the NSA is not surveilling only its targets — it is instead surveilling virtually everyone, looking for information about those targets.

Some early takeaways from the district court’s opinion:

1.The court misunderstands how upstream surveillance is fundamentally different from and much more intrusive than the surveillance considered by the Supreme Court in Clapper.

Upstream surveillance is accomplished through the installation of devices directly on the Internet “backbone” — the network of high-capacity cables, switches, and routers across which Internet traffic travels. One particularly disturbing feature of upstream spying is known as “about” surveillance. Through this surveillance, the NSA is not simply plucking the communications to or from terrorists, spies, or other targets. Instead, it’s copying and searching through the contents of nearly everyone’s international communications, looking for information about its many targets. When the Supreme Court considered warrantless surveillance in Clapper, it was focused on whether the plaintiffs communicated with targets. At that time, the public had no idea that the NSA was essentially opening everyone’s international emails. Indeed, contrary to the district court’s understanding, “about” surveillance is in no way targeted:

2. The court ignores how Internet communications are structured — and why that requires the government to intercept at least some of our clients’ trillion-plus international communications.

Collectively, our clients engage in more than one trillion international Internet communications each year, with individuals in virtually every country on Earth. As we explained in our complaint, given the structure of the Internet, it is virtually impossible for the NSA to conduct upstream surveillance without intercepting at least some of plaintiffs’ communications. Yet the court dismissed these allegations, characterizing them as having “no basis in fact.”

3. Given how much is in the public record about upstream surveillance, our clients’ allegations are not “speculative” or “hypothetical.”

As the court acknowledged, at this early stage of the litigation, plaintiffs have to satisfy only a very low threshold: plausibility. Especially considering what’s publicly known about how upstream surveillance works, and the volume and distribution of our clients’ communications, their allegations are more than plausible.

4. The court’s opinion would insulate government surveillance from any legal challenge, except in cases where the government has already admitted its reliance on a particular program.

Although the court recognized that “no government surveillance program should be immunized from judicial scrutiny,” its analysis would do precisely that in the overwhelming majority of cases. If the court’s reasoning were correct, then the only people who could challenge NSA surveillance would be those told by the government they were spied on — a result at odds with well-established precedent and our system of checks and balances:

Our clients’ standing doesn’t depend on a supposition. There’s no question that the NSA is capturing and searching through their communications. That’s something the court — and everyone else — should find extremely disconcerting.