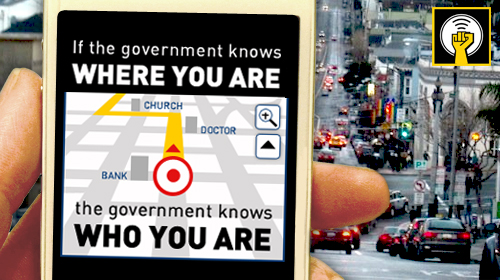 In January, the Supreme Court issued a landmark decision in U.S. v. Jones, ruling unanimously that when the D.C. police and the FBI attached a GPS device to Antoine Jones’s car and tracked him for 28 days, they violated the Fourth Amendment. But now the government — instead of fixing the way it conducts this kind of invasive surveillance — has simply set its sights on another way to obtain people’s location information: their cell phones.

Late last week, during preliminary proceedings before Jones’s retrial, his attorney revealed that prosecutors have also obtained records showing the location and movement of Jones’s cell phone over the course of five months. Since the GPS data from Jones’s car was thrown out by the Supreme Court, it seems the prosecution intends to use Jones’s cell phone data to get another bite at the apple. Like the GPS device on the car, the government was able to obtain the cell phone information without a probable cause warrant. Instead, it only had to claim that the data was “relevant and material” to an ongoing investigation.

Unfortunately, this story is all too common. As a recent nationwide ACLU public records request revealed, hundreds of law enforcement agencies engage in cell phone tracking on a regular basis. Many of these agencies obtain cell phone location data without getting a warrant and demonstrating probable cause.

The government is clearly trying to avoid the main point of the Jones decision. If using a GPS device to track a car’s movements over time requires a warrant based on probable cause, then surely law enforcement must be held to the same standard when obtaining the same type of information about an individual’s cell phone. If anything, that data is even more sensitive, since most people take their cell phones with them wherever they go. Moreover, many popular smartphones now include GPS, which means that in some cases we’re talking about exactly the same technology.

Requiring the government to obtain a warrant based on probable cause before engaging in any kind of electronic location tracking is necessary to protect Americans’ privacy, and it’s also what the Constitution requires. A few of the law enforcement agencies that responded to our public records request told us that they do hold themselves to a standard requiring a warrant and probable cause. This strikes the right balance between privacy and public safety. Rather than dancing around the issue, it’s time for the government to fully accept the Court’s Jones decision, and respect that ordinary Americans shouldn’t have to worry about the government tracking their every move.

State and federal lawmakers should pass laws requiring a warrant for police to engage in location tracking in non-emergency situations. In Congress, there are two pending bipartisan efforts, entitled the Geolocation Privacy and Surveillance (GPS) Act, which would require law enforcement agents to obtain a warrant in order to access location information.