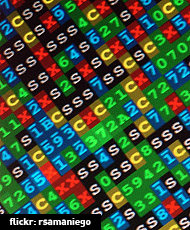 Update! The judge in two movie industry lawsuits against BitTorrent users has ordered the plaintiffs to explain why they lumped thousands of users into only two lawsuits. U.S. District Judge Rosemary M. Collyer of the District of Columbia issued orders in each of the cases yesterday requiring the plaintiff to show in writing by June 21 why all of the defendants except one in each case (that’s defendants 2 through 2,000 in one case, 2 through 4,577 in the other) shouldn’t be dismissed under a federal rule governing when defendants can and can’t be joined together in one lawsuit.

Last week, we filed friend-of-the-court briefs in support of Time Warner Cable’s motion to quash or modify the subpoenas it received for information about thousands of users who allegedly downloaded certain movies from the Internet using the BitTorrent file sharing application. We argue that the subpoenas, which lump thousands of otherwise-unrelated individuals into a few cases filed in a court far from where any of them live, violate the individual users’ rights to due process and anonymity and don’t give them an adequate chance to defend themselves.

We’ll see what the movie industry folks have to say.