Do U.S. Politicians Need to Fear Our Intelligence Agencies? 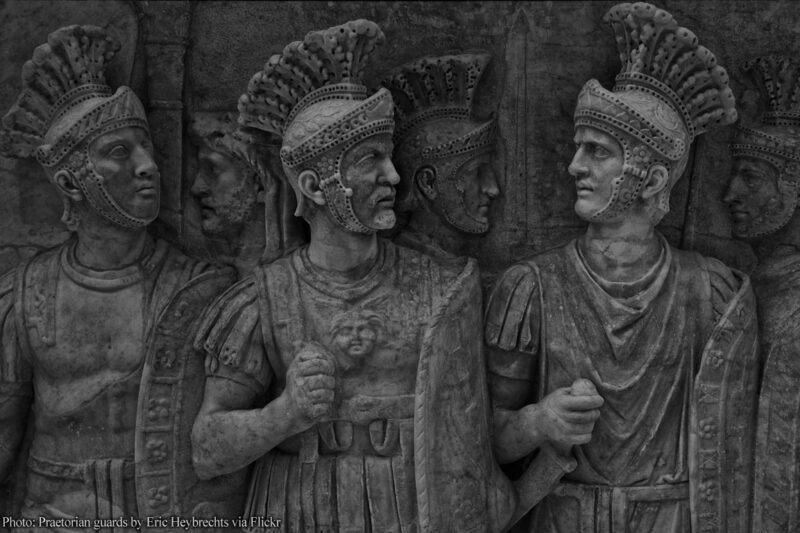 President-elect Donald Trump’s criticism of the intelligence community over its reports of Russian hacking during the 2016 election has generated a lot of commentary over what is being described as a “feud” between Trump and the intelligence agencies.

An example of what I’m talking about emerged when Senate Democratic leader Charles Schumer was asked by Rachel Maddow about Trump’s spurning of the agencies’ findings. Trump is “taking these shots, this antagonism, this taunting to the intelligence community,” Maddow pointed out. The response by Schumer—who has been in Congress since 1980, and in the Senate leadership for ten years, and presumably knows his way around Washington—should send a chill through the heart of every American:

Let me tell you, you take on the intelligence community, they have six ways from Sunday at getting back at you. So, even for a practical, supposedly hard-nosed businessman, he’s being really dumb to do this.

It’s not clear what the “six ways from Sunday” are that Schumer has in mind. Presumably they could range from antagonistic leaks, to concrete actions overseas to undermine a president’s foreign policy, to darker forms of sabotage and blackmail. Certainly we have seen some of these behaviors in our nation’s history. And it’s worth remembering that our spy agencies are professionals at manipulating and interfering with governments—though all such activities are clearly illegal if applied within the United States or to U.S. persons.

It’s possible that Schumer was being flippant or over-dramatic. He may have meant simply that they might continue to try to make Trump look bad by releasing their intelligence findings to the public—something they ought to do more regularly. But this is not the first time we’ve seen suggestions that our spy agencies are becoming an independent political force. In January 2014, for example, in the middle of a steady drumbeat of Snowden revelations, President Obama was preparing a speech to address the subject. The New York Times, in a story on the upcoming speech, wrote the following:

The emerging approach, described by current and former government officials who insisted on anonymity in advance of Mr. Obama’s widely anticipated speech, suggested a president trying to straddle a difficult line in hopes of placating foreign leaders and advocates of civil liberties without a backlash from national security agencies.

To me this was a deeply disturbing piece of reporting. Naturally Obama, like all presidents and indeed all politicians, had to navigate among competing interests. As America’s foreign policy leader, he had to worry about the opinions of foreign leaders and nations. As a politician, he naturally had to weigh the concerns of liberal civil libertarians, who were a part of his core political constituency in the Democratic Party, as well as conservative civil libertarians, who were part of his citizenry, and the Congress.

But, the Times reported, he was also concerned about a “backlash from national security agencies.”

Similarly, in a 2009 story published shortly before Obama was inaugurated, the Times reported that Obama was “reluctant” to authorize investigations into torture under the Bush administration. His administration, the paper noted,

will face competing demands: pressure from liberals who want wide-ranging criminal investigations, and the need to establish trust among the country’s intelligence agencies. At the Central Intelligence Agency, in particular, many officers flatly oppose any further review and may protest the prospect of a broad inquiry into their past conduct.

In another story a few months later, the Times reported that, as pressure mounted on the president for more thorough torture investigations, “Mr. Obama worried about damaging morale at the C.I.A. and his own relationship with the agency.”

There is no reason to question the accuracy of what the four separate Times reporters who wrote these stories—collectively highly familiar with the workings of Washington—were reporting. All were based on interviews with top White House officials, and no doubt are a reflection of the world as seen through the eyes of those officials.

All of this raises the question: just who is in charge in this country? Whether or not the security establishment actively retaliates against perceived insults such as Trump’s, the New York Times’s reporting suggests we have reached the point where the military/security establishment has now become an independent political force. As a democracy, our elected civilian leaders are supposed to answer to citizens, and all the political constituent groups they make up. They’re not supposed to answer to agencies created to carry out the nation’s policies. Nations where the security establishment has become a significant political force in its own right, with civilian leadership forced to account for its interests, are typically seen as banana republics. It’s a reminder that we need more checks and balances on the power of our spy agencies.

We know that the security establishment is enormously bloated, that it abuses its secrecy powers to advance its own interests, and that it engages in abuse of whistleblowers and others who challenge it. We know that it sometimes wantonly violates the law, and that it has a frightening degree of surveillance power. But what these reports hint at is that these powers have become a dangerously independent and significant force within our democratic system.

Presidents and their teams are adept at judging and juggling all the political forces around them, brokering among supporters and opponents of various policies—those they have to placate, those they’re willing to confront. At least, conventional presidents are. Trump’s characteristic disregard for such political fineries could mean that we are about to find out how much power the Deep State “constituency” really has.

It is of course true that bureaucracies have never been perfectly responsive to their political overseers. Bureaucrats and bureaucracies are often recalcitrant and difficult to manage when they do not like the directions they are given. President Truman, speaking of his successor Eisenhower, famously remarked, “He’ll sit here and he’ll say ‘Do this! Do that! And nothing will happen. Poor Ike—it won’t be a bit like the Army.” In fact, some who fear President Trump are hoping that such foot-dragging becomes a stabilizing force.

But the intelligence community is not like the Department of Housing and Urban Development, and Schumer spoke not of foot dragging but of it “getting back at” an American president-elect. Because of our security agencies’ enormous spying and secrecy powers, this prospect is uniquely terrifying—regardless of whether one loves or hates the politician in question.

A Standing Army of Spies

There is a long history of concern in the United States over the power of security agencies in a democracy, borne of experience. The Romans had to contend with the political power of the Praetorian Guard for hundreds of years—a force that was supposed to protect the emperors, but which in the absence of a constitutional republic often ended up threatening, deposing, assassinating, and/or selecting them.

We do have a constitutional republic; our Founding Fathers, who all read Latin and venerated the ancient Romans and were very familiar with their history, were highly suspicious and fearful of the corrosive powers of standing armies. As James Madison said in a June 1787 speech to the Constitutional Convention,

A standing military force, with an overgrown Executive will not long be safe companions to liberty. The means of defense against foreign danger, have been always the instruments of tyranny at home. Among the Romans it was a standing maxim to excite a war, whenever a revolt was apprehended. Throughout all Europe, the armies kept up under the pretext of defending, have enslaved the people.

For most of our history, Americans remained fearful of “standing armies” and never tolerated the existence of a permanent military of any significance. Even after World War II, Americans set about demobilizing, with the expectation that, as had always happened before, the military would be reduced to its previous small size. The Cold War changed that and today we have an enormous permanent body of men and women under arms.

But we also now have an enormous intelligence apparatus (which has in part sprung out of that giant military). While longstanding American suspicions have tended to focus on the military itself, in the information age, where data is often as a practical matter more influential than military might, spy agencies are arguably just as dangerous. Witness the debates that are currently swirling around the 2016 presidential election, so many of which hinge on the control and release of information.

One final point: even if these concerns are exaggerated, and nobody within our intelligence agencies ever does anything improper, it is worth noting that it’s only natural that these agencies’ awesome spying abilities, limited checks and balances, and excessive secrecy powers generate fear that they will do something untoward. And that fear is itself corrosive.

Nowhere in the constitution that our vigilant Founders drafted is there room for security agencies to wield political power. The accumulated disregard for the dangers of enormous security agencies, and for the need for checks and balances commensurate with the growing informational power that these agencies are compiling, may yet prove tragic.