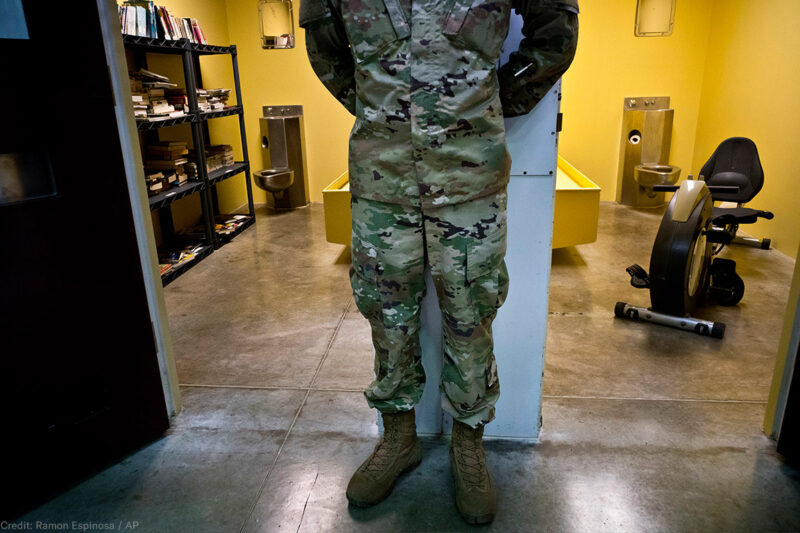 Kerry Sulkowicz, Chair of the Board of Directors, Physicians for Human Rights
Share This Page
December 10, 2018

Physicians hold a special position in U.S. society. They are given a place of honor in return for the expectation that they will use their knowledge and skills in the public interest and adhere to a clear set of ethical standards.

Under pressure from the government to misuse their expertise, though, some doctors have been willing to rationalize cooperation in unethical behavior. In recent years, nowhere has such ethical deviation been so starkly on display as in the case of the participation of medical professionals in the CIA torture program. The recent release of a CIA report, secured through an ACLU lawsuit, details how doctors willingly and even proudly became complicit in the CIA’s torture program.

The warped rationalizations the CIA doctors used to justify their participation reflect a blatantly unprofessional eagerness to violate medical ethics when encouraged by a government agenda. Once they began participating in interrogations — which is clearly prohibited by American Medical Association (AMA) guidelines — CIA medical professionals went to absurd lengths to deny the reality of the abuses and physical and psychological harms they were witnessing and effectively presiding over.

At one point, CIA doctors decided that waterboarding actually “provided periodic relief” to one prisoner “from his standing sleep deprivation.” The CIA doctors also claimed that when a different prisoner was forced into a coffin-sized box, this provided a “relatively benign sanctuary” from other torture methods. The descent into complicity with torture was so deep that they lost sight of the clear ethical breach in helping to modulate relative levels of pain infliction.

Torture isn’t the only recent example of unethical physician complicity in U.S. human rights violations. Throughout the last century, and into the current one, physicians have participated in all methods of executions, most recently through lethal injection, in violation of professional ethical guidelines. In a number of states that execute prisoners by lethal injection, physicians have continued to consult on lethal dosages, examine veins, start intravenous lines, witness executions, and pronounce death.

Some doctors argue that a physician may be able to alleviate suffering during an execution. The presence of a physician, however, lends a veneer of humanity to a practice that is anything but humane. And all of these acts are in violation of ethical guidelines established by the AMA as well as the World Medical Association.

As Physicians for Human Rights laid out in its seminal report, “Breach of Trust,” written with the American College of Physicians and other groups, “doctors are trusted to act in the best interests of their patients, and participating in an execution fundamentally violates that trust.”

The twisted logic that states use to enlists doctors in executions — by claiming they are “easing the suffering” of those about to be killed — can also be seen in the CIA doctors’ misguided belief that they can lessen the pain of torture. These are merely excuses.

Execution and torture are not medical procedures, and they are not within the scope of medical practice. The trust society places in physicians to work for the benefit of their patients and the public is shattered when medical skills are used to facilitate state executions or government-sponsored torture.

Justifications for such collusion are further eroded by the secrecy and anonymity that often accompanies this participation. A number of states have adopted laws that provide anonymity for doctors who participate in executions. Some also pay participating doctors in cash to eliminate a paper trail. Going to such lengths to keep identities hidden is an implicit acknowledgment that something that cannot survive professional or public scrutiny is taking place.

The medical profession cannot regulate and police itself properly if violators are protected from scrutiny and review. To prevent further stains on the medical profession through complicity in torture or executions, the names of those involved in both practices need to be made public. State medical boards, which are responsible for licensure and discipline, should define physician participation in torture and executions as unethical conduct and take appropriate action against physicians who violate ethical standards. In some cases, they should consider removing the medical licenses of those found to have participated in torture or executions.

The CIA report claims that the torture techniques were “reassuringly free of enduring physical or psychological effects.” Those involved should be made to defend this assertion publicly, in light of what we now know. The detainees remaining in Guantanamo, and many of those released, still suffer from severe and disabling Post Traumatic Stress Disorder. In fact, one of the detainees referenced in the report was evaluated by a doctor appointed by the Defense Department who said he was one of the “most traumatized individuals I have seen” among hundreds of torture victims evaluated. The doctors who facilitated his torture should be held to public scrutiny.

The betrayal of ethical obligations by doctors in any circumstances should result in public stigma that will serve to deter future such actions. National professional associations should condemn those who collude in abuse and violations of core ethical obligations and remove them from membership if they are identified. Without consequences, we will all suffer a continuing threat posed to the moral standing of physicians.