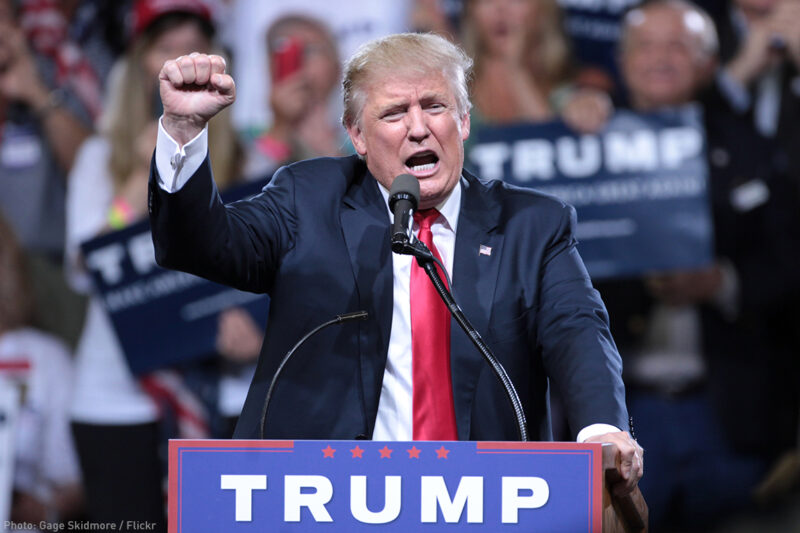 We’ve heard a lot of rhetoric about “extreme vetting” of visitors to the United States since Donald Trump proposed it during the presidential campaign. While we still don’t know precisely what the Trump administration means by the term, preliminary accounts of what it might entail make clear — no surprise here — that it’s a phenomenally bad idea.

The Wall Street Journal recently reported that Trump administration officials are considering subjecting visitors to a range of invasive measures, including searches of their mobile phones and contacts, mandatory disclosure of their social media passwords, and interrogation about their beliefs and opinions. According to a Department of Homeland Security official quoted in the article, the administration is considering asking visa applicants about, for instance, their views on the treatment of women in society, whether they value the “sanctity of human life,” and who they view as a legitimate target in a military operation.

First, let’s be clear: The government has been doing some of this for years. We’ve been challenging suspicionless searches of cell phones and electronic devices at the border since 2010. Our representation of American Muslims who were questioned at the border about their religious beliefs prompted DHS to undertake an investigation in 2011. And for decades we’ve opposed the government’s use of immigration policies to control Americans’ access to ideas and speech. These practices were as wrong then as they are now.

But the Trump administration’s plans would go well beyond anything we’ve seen to this point. If they are implemented, the administration’s formal policy will be to probe deeply into people’s beliefs, statements, and associations before admitting visitors to the United States.

As with other Trump administration policies, these extreme vetting measures appear to be targeted at Muslims. We know that because Trump himself said so, and because the Trump administration has already used border and immigration policies to target travelers from majority-Muslim countries for additional scrutiny and disfavor. Discriminating against Muslims in this way is not only wrong and unlawful, but also deeply counterproductive: It stigmatizes Muslim communities worldwide and empowers those who seek to use religion to foment conflict.

These measures would also deliver a body blow to freedom of expression worldwide. If the United States — supposedly a standard bearer for human rights and freedoms — adopts what amounts to an ideological test for admission, you can bet that other governments will do the same. Repressive regimes could easily cite the United States’ example and use similar measures to target and investigate human rights and democracy activists, journalists, and lawyers. More broadly, anyone thinking of traveling across a border will have strong reasons to refrain from engaging in conversations on social media, reading online about controversial issues, or communicating with people who have criticized governments — let alone voicing criticism of governments themselves. It’s not just speculation: Research bears out that people self-censor and avoid controversy when they know the government is watching.

To make matters worse, the lack of published standards for this kind of scrutiny inevitably leads to arbitrary and abusive decision-making by consular officers or customs officials at ports of entry. And when people don’t know what kind of speech will get them into trouble while traveling, they self-censor to an even greater extent.

These vetting measures would be equally damaging to privacy and online security, for Americans and foreigners alike. If the U.S. government conducts what amounts to digital strip searches of travelers before allowing them to enter the United States, it will turn up troves of data that is irrelevant to border security but deeply personal and revealing, victimizing not just foreign travelers but the millions of American relatives, friends, and colleagues who are in contact with them.

Moreover, requiring travelers to disclose their social media account passwords is an affront to the most basic principles of cybersecurity (including principles that DHS itself has embraced). It would risk compromising not only the private information accessible in those accounts, but also any data on other platforms — such as financial services or messaging — that can be accessed through those accounts.

Even setting aside the grave threat that extreme vetting poses to civil liberties and human rights, there’s no reason to believe it will do anything to improve our security. The premise of these measures is that reliable indicators exist to predict who will commit a terrorist act, but research and studies contradict that. In any event, people with bad intentions will take steps to wipe their devices and conceal any other content that may raise concerns. Even the DHS inspector general has concluded that there’s no effective way to analyze the massive amounts of data gleaned from social media data dumps. And it’s not hard to game an ideological test:

Yes, democracy is great. No, of course civilians are not legitimate military targets.
Yes, I believe in freedom and equality for all. Land of the free, home of the brave!

The measures that the Trump administration is planning are unnecessary, unwise, and potentially unlawful. They strike hard at principles we profess to support — freedom of belief, expression, and association — while turning the border and consular system into a dragnet for gathering intelligence on us all. Put simply, they are un-American in the extreme.