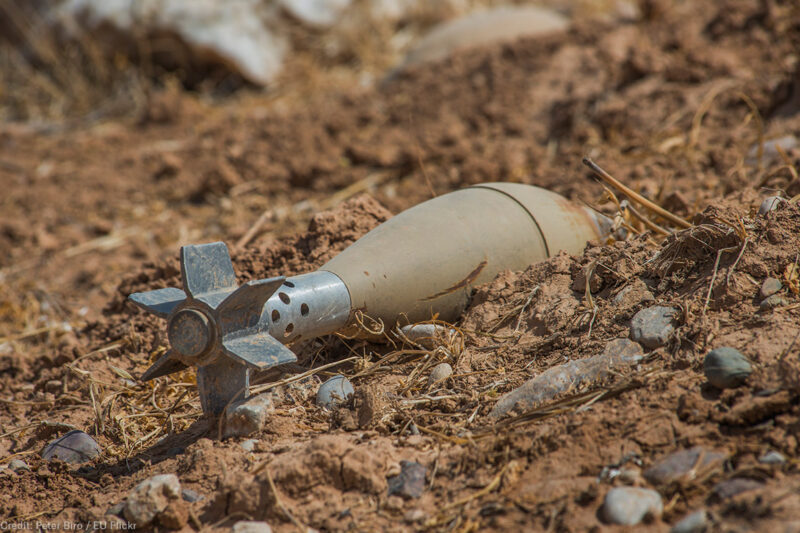 One consequence of the Saudi government’s horrific murder of journalist Jamal Khashoggi is a renewed congressional focus on ending U.S. support for the Saudi-led war against an anti-government movement in Yemen. This has to be somewhat bittersweet for many Yemenis, who have been pleading for the world to help end Saudi war crimes and actions that have killed children, bombed hospitals, and resulted in a worsening humanitarian crisis, with millions of people starving.

Now, Congress has the opportunity to make a real difference that will save Yemeni lives. But one of the main legislative solutions it’s considering contains major mistakes that would actually perpetuate Saudi and American fighting and Yemeni suffering, not end them. For that reason, the ACLU urged members of the House of Representatives to vote no on the legislation, commonly referred to as the Yemen resolution.

We did not make this decision to oppose lightly. We know the United States has played a leading role in Yemen’s devastation through its military support for the Saudi-led coalition and U.S. lethal strikes, and urgent congressional action is required to put an end to this unauthorized fight. In the end, the bill did not go forward because of a procedural vote last Wednesday. It won’t come up again in the House during this Congress but could be reintroduced in the next one. But our hope is that lawmakers do not repeat these mistakes and that they enact meaningful legislation instead.

Flaw No. 1: Maintaining what it’s trying to stop

Critically, the legislation wouldn’t actually end U.S. support for the Saudi-led coalition. That’s because it requires an end to U.S. support for Saudi “hostilities,” but it doesn’t specifically define the hostilities that Congress is prohibiting. To understand why that’s a problem, you have to know a bit of recent history — going back to the Obama administration, when U.S. support began. In order to circumvent congressional war approval requirements for airstrikes in Libya, officials argued in 2011 that congressional approval isn’t required for U.S. actions that “do not involve sustained fighting or active exchanges of fire with hostile forces, nor do they involve U.S. ground troops.”

In essence, the Obama administration narrowed the definition of hostilities virtually out of existence where airstrikes are concerned. As legal scholars warned at the time, this was legally wrong but could set a dangerous precedent. And so it did. The Trump administration is now similarly claiming that the Yemen resolution wouldn’t change anything because the U.S. support for the Saudi-led coalition isn’t “hostilities.”

Again, that’s legally and morally wrong, but the bill’s drafters could have circumvented the argument by simply defining the hostilities they’re prohibiting. They could have specified, for example, that Congress is prohibiting U.S. support, which includes refueling of Saudi aircraft, military advice and information, logistics, and other support to the Saudi-led coalition. These are all ways in which the U.S. is complicit in Saudi horrors. But the resolution does not do that.

Bad drafting also gives a pass to the United States’ own unauthorized killings in Yemen — and worse risks helping the Trump administration to argue that those killings are lawful. That’s because the Yemen resolution contains an exception stating that it doesn’t apply to the United States’ own use of force in Yemen if those activities are authorized by the 2001 Authorization for Use of Military Force (AUMF). That law authorized only the war in Afghanistan, but three administrations have improperly relied on it for military actions around the world.

We have long fought against the government’s untenable arguments about where and how the AUMF applies — arguments the government has made to justify everything from deadly drone strikes in Yemen to unlawful detention of a U.S. citizen captured in Syria. Courts have largely been reluctant to adjudicate these claims, even in cases of the worst American human rights abuses. And the Trump administration knows that. We can confidently predict that this reference to the AUMF would be read by government lawyers to support its actions. That reading would be wrong, but Congress shouldn’t weigh the scales in favor of the administration and its illegitimate arguments for more war-based authority to kill.

As The Associated Press reported just last week, this administration has dramatically expanded the number of lethal U.S. strikes in Yemen, and at least a third of those killed so far in 2018 were civilians. The U.S. has a long history of excusing its own unlawful lethal actions abroad, even as it excoriates other countries for theirs. The new Congress has the ability to force an end to this dynamic.

Flaw No. 3: Letting the United Arab Emirates get away with abuses

There’s another related mistake here. The Trump administration would also likely read this exception to justify its support for the United Arab Emirate’s devastating actions in Yemen, so long as they are purportedly taken against al Qaeda under the AUMF umbrella. The UAE has been engaged in political assassinations, unlawful detention, and torture of Yemenis. Congress should be questioning the Trump administration about its knowledge of and possible complicity with the UAE’s abuses, not inadvertently supporting them.

How to match good intentions with good results

In our letter, we explained that Congress could and should pursue other actions that will actually be meaningful and effective, like prohibiting funding for U.S. refueling of Saudi aircraft or barring arms shipments and other defense assistance to Saudi Arabia. There are several good bills and amendments introduced in the House and Senate that would truly force an end to the U.S. role in Saudi-inflicted horrors. And Congress should finally act to put an end to the devastation our own government is causing in multiple countries based on unauthorized war claims under the AUMF.

Khashoggi’s killing has rightly captured world attention and generated American outrage — likely more so because he was a prominent journalist and has prominent friends and institutions seeking justice for him. In the words of two leading Yemeni rights activists, “Yemenis were saddened, but not surprised, at the extent of the brutality exhibited in Khashoggi’s killing, because our country has been living through this same Saudi brutality for almost four years.”

The Yemenis who are continuing to suffer should have the same unrelenting support for meaningful action from Congress and from the American public. It just has to be done right.