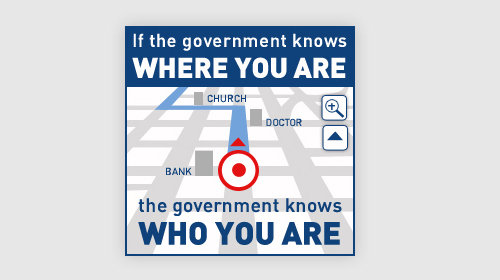 It has long been our position that the government must obtain a warrant based on probable cause before engaging in surveillance of people’s historical cell phone location information. Today, our efforts were dealt a setback. Over a strong dissent, the Fifth Circuit Court of Appeals held that individuals have no reasonable expectation of privacy over their location data. According to the court, law enforcement agents do not need to obtain a warrant to get this information, ruling instead that a less protective standard suffices.

This ruling is troubling because, as we and the Electronic Frontier Foundation (EFF) argued, only a warrant standard fully protects Americans’ privacy interests in their locations and movements over time. Cell phone companies store records on where each of us have been, often stretching back for years. That location information is sensitive and can reveal a great deal—what doctors people visit, where they spend the night, who their friends are, and where they worship. Given the sensitivity of these facts, law enforcement agents should have to demonstrate to a judge that they have a good reason to believe that they will turn up evidence of wrongdoing before gaining access to information that can paint a detailed picture of where a person has been over time.

The Fifth Circuit did not accept this argument. It concludes that because historical cell phone location records are the business records of cell phone companies, individuals can have no reasonable expectation of privacy in them — and therefore no Fourth Amendment protections. As the Fifth Circuit put it:

[C]ell site information is clearly a business record. The cell service provider collects and stores historical cell site data for its own business purposes . . . the government merely comes in after the fact and asks a provider to turn over records the provider has already created.

This reasoning, generally referred to has the “third-party doctrine” (according to which you don’t have a privacy expectation in any information turned over to a third party), was developed decades ago, long before cell phones were common, the use email was widespread, or the general public had heard of the Internet. It’s not compatible with the ease with which digital technologies collect data about each of us today. If you have ever used an app, you understand that we share all sorts of information about ourselves as a precondition for participation in today’s digital world. This doesn’t mean Americans have suddenly stopped caring about privacy, but rather that a doctrine that was once useful is no longer an indicator of when Americans reasonably expect privacy and when they don’t. Courts should keep up.

In defending its application of the business records doctrine, the Fifth Circuit writes: “Their use of their phones, moreover, is entirely voluntary . . . . The Government does not require a member of the public to own or carry a phone.” That’s true. But good luck hunting for a job or maintaining a social life these days without one.

The court also suggests that it is the free market or the legislature, not the courts, that should provide privacy protections for cell phone users: “But the recourse for these desires is in the market or the political process: in demanding that service providers do away with such records (or anonymize them) or in lobbying elected representatives to enact statutory protections.”

Regarding the first point, perhaps the court is unaware how opposed the cell phone companies are to even disclosing how long they keep subscriber data. It took a nation-wide public records act request campaign before we received a Justice Department information sheet on how long carriers keep such records. (According to the 2010 document, Verizon keeps historical cell phone records for “1 rolling year” while Sprint keeps them for “18-24 months.”) There is no cell phone company that doesn’t retain historical cell site location data, or even one that keeps it only for a short time. And anyway, our Fourth Amendment rights should not depend on the largesse of for-profit corporations.

As for pressing for Congressional change, the ACLU has been doing just that for years. (The federal statute the government uses to obtain cell phone location records was written way back in 1986 and hasn’t been meaningfully updated since.) But the mere fact that some other branch of government could provide a remedy is no reason for courts to take a pass on protecting Americans’ privacy.