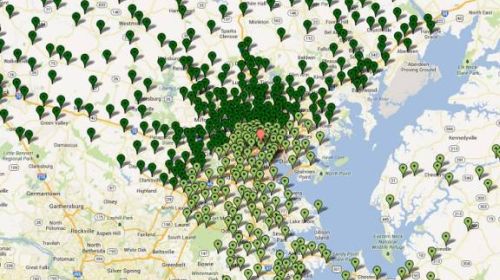 The Fourth Circuit Court of Appeals is currently considering a case that could be pivotal in determining whether the government needs a warrant to track your cell phone. Today the ACLU, together with the ACLU of Maryland, Center for Democracy & Technology, Electronic Frontier Foundation, and National Association of Criminal Defense Lawyers, filed an amicus brief arguing that the Fourth Amendment requires the government get a warrant to find out everywhere a person has been for the past seven months. In the case, United States v. Graham, the government obtained a staggering 221 days of historical cell site location information for two suspects. For one suspect, Aaron Graham, this timespan allowed the government to sweep up his location at 29,659 specific points. (You can see our brief here, and see here a document we filed that shows all of Sprint’s cell sites in the Baltimore area.)

Generally the cell phone location records obtained by a law enforcement agency are never seen by the public or even the person being tracked. In this rare instance, with Mr. Graham’s assistance and permission, we received and analyzed the data that the police obtained from his cell phone carrier. We found that:

In the recent Supreme Court case U. S. v. Jones, five justices concluded that an investigative subject’s “reasonable expectations of privacy were violated by the long-term monitoring of the movements of the vehicle he drove.”

While Jones involved attachment of a GPS device to a car, its reasoning applies with even greater force to cell phone tracking. People carry their cell phones with them all the time. Each time a cell phone makes or receives a call or text message, the wireless provider logs the cell towers the phone connected to during that communication. Cell phone tracking therefore allows the government to reach back into the past and pull up a record of where we have been on any given day. And if the Supreme Court found that 28 days of location tracking violated a reasonable person’s expectation of privacy, then surely the 221 days of tracking in this case is beyond the pale.

Given its sensitivity, cell phone location data is not the sort of information that law enforcement agents should be obtaining without the safeguard of a warrant from a judge. In the Graham case, the Fourth Circuit has an opportunity to make clear that a warrant is the constitutional minimum. Our brief urges it to do just that. Today technology makes it easier for the government to track each and every one of us than ever before. But no matter how invasive technology becomes, Americans are still entitled to the protections of the Fourth Amendment.