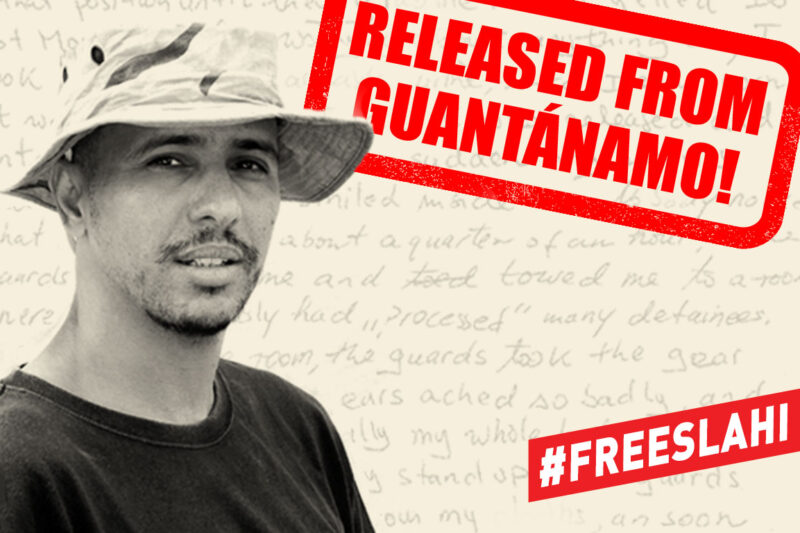 After unlawfully imprisoning our client Mohamedou Ould Slahi at Guantánamo for 14 years without charge or trial, the U.S. government has finally released him. He is now home in his native Mauritania.

We are overjoyed for Mohamedou and his loving family, who have been anxiously awaiting his return for so many years. His release brings the U.S. one man closer to ending the travesty that is Guantánamo.

Mohamedou’s release comes after long legal battles and an outpouring of support worldwide, and he expressed his gratitude:

“I feel grateful and indebted to the people who have stood by me. I have come to learn that goodness is transnational, transcultural, and trans-ethnic. I’m thrilled to reunite with my family.”

That Mohamedou’s first thoughts are for his family and supporters is unsurprising, especially if you’ve read his deeply human and humane best-selling memoir “Guantánamo Diary,” which was released to critical acclaim in January 2015. The memoir describes an odyssey that began in 2001, when at the behest of the U.S. government, Mauritanian authorities detained Mohamedou after he voluntarily went in for questioning. The U.S. transferred him to prisons in Jordan and Afghanistan before Guantánamo, where he was brutally tortured. 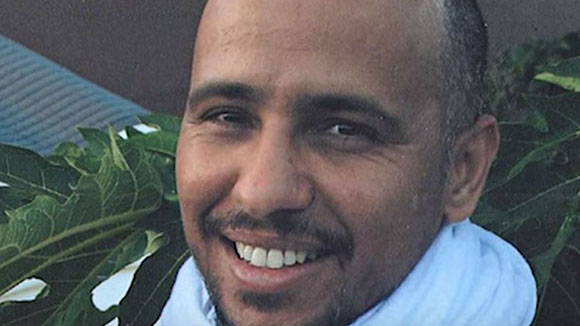 In his book, Mohamedou describes the torture and its effects, missing his family, and forming bonds with some of his Guantanamo guards, one of whom later wrote a letter in support of Mohamedou’s freedom.

In July, the Periodic Review Board, a panel of U.S. national security, intelligence, and other officials, finally cleared Mohamedou for release after determining that he poses no significant threat to the United States.

All of us on Mohamedou’s team are focused on ensuring he has a cushion of love, support, counseling, and space to adjust after 14 long years in which he was denied his human rights.

We already know how resilient Mohamedou is. My co-counsel Theresa Duncan told the PRB his plans to write and work, establish a charity, and care for his family. We will do whatever we can to help him implement those plans. What Mohamedou and we also know is that he now needs time and privacy, and we ask for respect for those needs.

As Nancy Hollander, also one of Mohamedou’s attorneys, says: “We are thrilled that our client’s nightmare is finally ending. After all these years, he wants nothing more than to be with his family and rebuild his life. We’re so grateful to everyone who helped make this day a reality.”

Mohamedou was born in Mauritania in 1970 and won a scholarship to attend college in Germany. In the early 1990s, he fought with al-Qaida when it was part of the Afghan anti-communist resistance supported by the U.S. The only federal judge to have reviewed all the evidence in his case noted that the group then was very different from the one that later came into existence.

Mohamedou worked in Germany for several years as an engineer and returned to Mauritania in 2000. The following year he was detained by Mauritanian authorities and rendered by the U.S. to a prison in Jordan. Later the U.S. rendered him again, first to Bagram Air Force Base in Afghanistan and finally, in August 2002, to the U.S. prison at Guantánamo Bay, where he was subjected to severe torture.

Mohamedou was one of two so-called “Special Projects” whose cruel treatment Rumsfeld personally approved. The abuse he suffered included beatings, extreme isolation, sleep deprivation, frigid rooms, shackling in stress positions, and threats against both Mohamedou and his mother, to whom he was very close. Mohamedou’s mother died in 2012, without ever seeing her son again.

In 2010, a federal district court judge determined Mohamedou’s detention was unlawful and ordered him released. The U.S. government successfully appealed that decision, and the habeas case is still pending.

Mohamedou’s book was the first and only memoir by a still-imprisoned Guantánamo prisoner. It was published with numerous redactions from a 466-page handwritten manuscript. It spent several weeks on the New York Times’ best-seller list and has since been translated into multiple languages for publication in more than 25 countries.

After Mohamedou’s book came out, a campaign to free him spearheaded by the ACLU — #FreeSlahi — gathered support in both the U.S. and abroad. More than 100,000 people signed petitions by the ACLU, Change.org, and MoveOn calling for his release. His plight also gathered high-profile supporters, including Maggie Gyllenhaal, Mark Ruffalo, and Roger Waters. In the U.K., members of Parliament urged the British government to call on the U.S. to release him. So many people — too many to name individually here — have helped to make this day a reality, and we join Mohamedou in gratitude for their wonderful support.

With Mohamedou’s release, 60 prisoners remain in Guantánamo, 19 of whom have been cleared for release. With time running out, President Obama must double down and not just close the prison, but end the unlawful and unjust practice of indefinite detention that it represents.