First in the Nation: Montana Requires a Warrant for Location Tracking 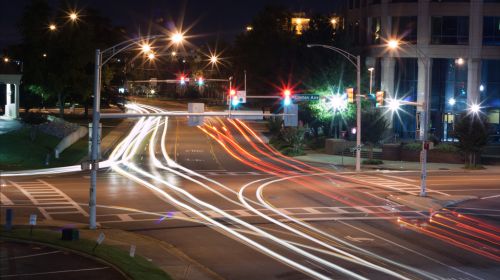 Montana just made history. It recently enacted the first state law in the nation (sponsored by Rep. Daniel Zolnikov (R-Billings)) requiring law enforcement to obtain a probable-cause warrant before tracking an individual based on his or her cell phone location information, social networking check-ins, or via a GPS tracking device in a criminal investigation. (A few states do have laws pertaining only to GPS tracking.)

The ACLU of Montana’s public policy director, Niki Zupanic, confessed her surprise that Montana was the first state in the nation to pass broad location-tracking protections. Perhaps Montanans, known for their love of freedom and privacy, intuitively understand how sensitive location information can be and how much where you go can reveal about who you are. (Are you going to gay bars, a mosque, a fundamentalist church, a gun store, an Alcoholic Anonymous meeting, a political protest?)

So what does this mean for the rest of the country? Many lawmakers don’t like to be out front. They prefer to know that the policy they are poised to enact has worked somewhere else before they bring it to their own backyard. Ever since we filed nationwide coordinated public records requests on cell phone location tracking, we have known that some law enforcement agencies in every region of the country obtain a warrant before tracking cell phone location. But now, for the first time, we will be able to say that a warrant is a statutory requirement statewide, and that Montanans are able to do effective law enforcement and protect individuals’ privacy.

Most immediately, we hope that Maine takes note. Its location tracking bill has passed both chambers, but is stalled while the Appropriations Committee resolves a fiscal note that was added at the last minute. We hope Montana’s new law becomes one more reason Maine feels comfortable moving its legislation forward.

The majority of state legislatures have adjourned for the year, but we hope they’ll follow Montana’s lead when they take up location tracking next session. And, of course, Congress is still in session, and Montana’s new law should provide some encouragement to move the Geolocational Privacy & Surveillance Act, the federal equivalent of Montana’s bill. (You can also provide encouragement by going to ACLU’s Action Center and e-mailing your members of Congress.)

A postscript: We wrote a few weeks ago that Texas was poised to be the state to make history on location tracking. Here’s what happened: despite a successful effort on the part of Rep. Hughes, Sen. Hinojosa, the ACLU of Texas, and the Texas Electronic Privacy Coalition to get location tracking legislation added as an amendment to another bill requiring a warrant for access to electronic communications content, a similar amendment was not added to the companion bill in the other chamber. With time running out in the legislative session, rather than conference the two bills, both chambers simply passed the amendment-less version. In bad news, that means that they left location tracking for next session (which in Texas is in 2015). In good news, Texas is the first state in the nation to provide protections for electronic communications content regardless of its age, and all of the foregoing about the importance of having a first state with a law on the books for other state legislators to look up to and model after applies here, too.