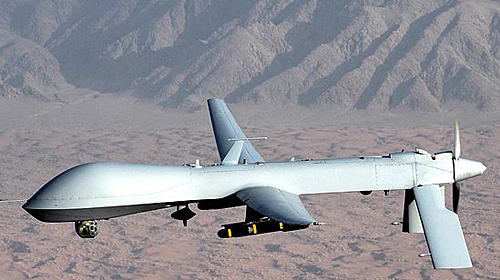 The president’s chief counterterrorism advisor delivered a speech yesterday at the Woodrow Wilson International Center for Scholars in Washington, D.C. We issued a first reaction here. Here are some further thoughts:

1. It’s an important speech. It includes an unambiguous acknowledgement of the targeted killing program, and so it narrows, if only very slightly, what was becoming a pretty absurd gap between what the administration acknowledged to be true and what any remotely informed member of the public knew to be true. The speech also includes the administration’s fullest explanation so far of the program’s purported legal basis. To call this “transparency” would be a significant overstatement, but it is a small step towards it, and therefore a small step towards a more informed public debate. Now we will have to see whether the administration revises the position it has taken in Freedom of Information Act cases. The administration surely can’t continue to talk about the targeted killing program publicly while insisting to the courts that the program is a secret.

2. While the speech addresses legal issues, it is a piece of legal advocacy, not legal analysis. A speech like this isn’t a substitute for release of the Office of Legal Counsel memo. To the contrary, that White House officials can give speeches like this one only underscores that there is no justification for the administration’s refusal to release the OLC memo. It is especially difficult to understand the administration’s refusal to release the legal memo given that parts of the memo were leaked — probably by, or with the support of, senior administration officials — to Charlie Savage and published in the New York Times.

3. Even if there were no disagreement about the relevant legal standards, and even if the administration adopted a policy of complete transparency with respect to those legal standards, it would still be impossible to evaluate the lawfulness of the administration’s conduct without access to the factual basis for that conduct. Legal standards are meaningless unless they are applied appropriately to the facts. It’s irrelevant that we have a narrowly drawn law against (say) treason if that law is applied to people who have done nothing more than (say) make offensive and incendiary speeches. To know whether the government’s conduct is lawful, we need to know the legal standards the government has adopted, but we also need to know something about the factual contexts in which the government believes those standards have been satisfied. This is why we’ve asked the administration to disclose the evidence it relied on when it authorized the extrajudicial killing of three Americans in Yemen last fall. Some commentators have argued, circularly, that this kind of evidence can’t be disclosed because it’s classified. It’s worth remembering that this kind of evidence is precisely what the administration would have had to disclose had it charged these Americans with crimes, or had it detained them as combatants rather than killed them.

4. Of course there isn’t agreement about the legal standards. Quite the opposite. Mr. Brennan’s speech confirms that the administration believes that the Authorization for Use of Military Force invests it with authority to use military force far away from conventional battlefields (“There is nothing in the AUMF that restricts the use of military force against al-Qa’ida to Afghanistan”), against groups that didn’t even exist when the AUMF was passed (al-Shabaab, Al-Qaeda in the Arabian Peninsula) and whose connection with “core al Qaeda” appears to be very attenuated, and against individuals who don’t represent imminent threats to the United States (“we ask ourselves whether the individual poses a significant threat to U.S. interests”). The administration also views some important legal restrictions as discretionary rather than binding (e.g., “our unqualified preference is to only undertake lethal force when we believe that capturing an individual is not feasible”).

5. Many crucial issues go entirely unmentioned in Brennan’s speech. One of them is the role of the courts. Beyond the question of which legal standards apply, there is the question of who applies them and when. The administration has previously taken the position that, even when the CIA carries out targeted killings of American citizens, it is the executive branch that decides whether the relevant legal standards are satisfied. It has argued that there should be no judicial review before a strike, and no judicial review after. The administration insists the program is closely supervised within the executive branch, but to propose that a secret deliberation that takes place entirely within the executive branch constitutes ‘due process’ is to strip the Fifth Amendment of its essential meaning. Those inclined to believe that President Obama can be trusted with the judicially unreviewed authority to kill suspected enemies of the state should ask themselves whether they will feel the same way when it is President Mitt Romney or Hillary Clinton whose finger is on the trigger.