Fusion Centers: Too Much (Bad) Information 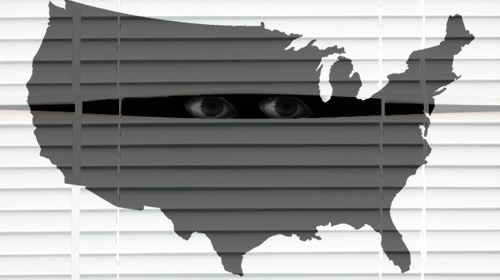 The official verdict is finally in, thanks to a congressional report out today: state and local law enforcement intelligence “fusion centers” funded by the Department of Homeland Security are failing to safeguard both our constitutional rights and our security.

Back in 2007, when the ACLU began investigating the growth of these centers, there was little public information available about where these centers were, who was in charge of them, who participated, what information they collected or what they did with it. Our first report highlighted “excessive secrecy” as one of the major problems with fusion centers, recognizing that a lack of public accountability has too often in the past allowed police intelligence operations to turn their focus away from suspected criminals and toward political activists, racial and religious minorities, and immigrant communities. In a 2008 follow-up report, we chronicled many of the early signs of trouble in these institutions.

Well today the Senate Homeland Security Committee’s permanent subcommittee on investigations issued a comprehensive report that begins to break down the wall of secrecy that surrounded fusion center activities, revealing significant waste, mismanagement, and incompetence, as well as serial abuses of civil liberties. The report found that while DHS lavishly funded fusion centers and publicly touted them as a crucial component of federal anti-terrorism intelligence programs, they produced little information of value and often overstepped laws designed to protect Americans’ privacy. We commend the subcommittee on its diligence in conducting this two-year investigation and producing a public report so that Americans can have a more informed debate about the costs and consequences of creating this new security apparatus.

But this report is only a first step, and the subcommittee’s jurisdiction limits it to DHS’s contribution to the fusion center mess. The Justice Department and the FBI also contribute resources, personnel and intelligence information to the fusion centers, and receive suspicious activity reports (SARs) from those centers for inclusion in the FBI’s eGuardian database. They share responsibility for overseeing the activities taking place at fusion centers, and have the added obligation to investigate and prosecute violations of U.S. civil rights laws.

We are currently suing the FBI to enforce a Freedom of Information Act request for information about eGuardian and the FBI’s racial and ethnic mapping programs, but Congress doesn’t have to wait. We call upon Congress to hold public hearings to examine not just the abuses uncovered in the Senate subcommittee report, but also the broad array of other intelligence collection and information sharing programs that have proliferated over the last decade, whether performed specifically by fusion centers or any of the participating agencies. We also call upon state and local government officials to conduct their own investigations of intelligence activities taking place in local communities. They also have a duty to protect their constituents from violations of their rights by unwarranted police spying.

Information sharing among federal, state, and local law enforcement is only valuable if the information collected is relevant to real threats. When these agencies are given the authority to collect information without reasonable suspicion of criminal or terrorist activity, civil rights violations are sure to follow. We need comprehensive reform, strong guidelines and effective independent oversight at all levels of government to keep America safe and free.